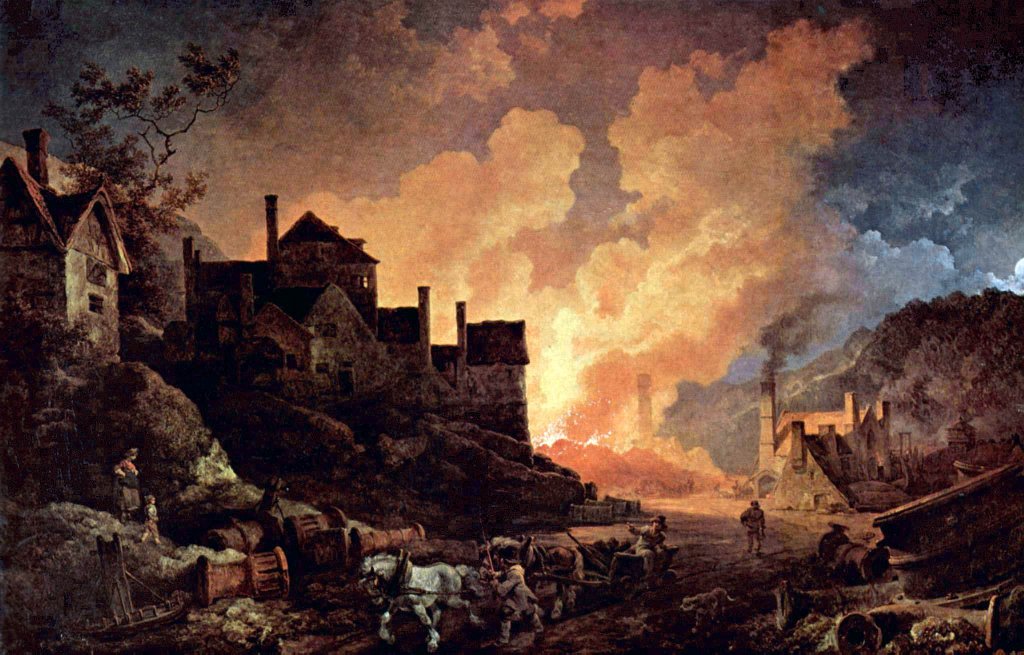 Among the people who became Quakers soon after the middle of the seventeenth century, a number were small producers of iron –the Ironmasters.  Their main place of work was Yorkshire, Furness and Wales, although this changed as we shall see.  By the 18th century small domestic workshops had converted into one of the basic industries of the UK.  The Quakers were very prominent leaders in setting up the structure of these industries, providing technical innovation and being the providers of capital.  Amongst this group of Quakers was Abraham Derby.

Abraham Darby I (14 April 1678 – 8 March 1717) played a pivotal role in the Industrial Revolution.  He developed a method of producing pig iron in a blast furnace fuelled by coke rather than charcoal. He also developed the method of using casting pits in sand.  In effect, it was Darby’s method of coke smelting that made it possible to produce the great quantities of iron needed to meet the requirements of the next stages of the Industrial Revolution.  Coke-smelted cast iron went into steam engines, bridges, and many of the inventions of the 19th century. 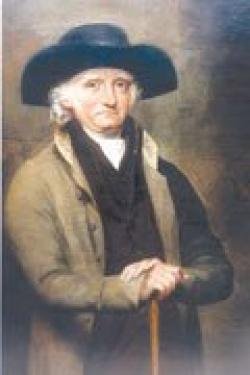 Darby’s coke iron was not suited for work in the forges, making a bar that gave trouble in further processing, but this set-back provided Derby with the spur to think laterally and he started to produce cheap goods for the general public – cast iron pots and pans, ladles and irons.  Through him and many of his fellow Quakers, the foundry industry flourished.  The molten metal was run into sand or loam moulds and the resulting cast objects needed no further processing.  Demand fuelled supply and cast iron parts were produced for steam engines, for pipes and structural work.  The coke furnaces tended to be located near the supply of ‘iron stones’ and this ore in the UK was abundant near coal bearing strata.  By the end of the 18th century the charcoal iron industry was practically finished in the UK and many industries were located near coal and iron ore seams.

Other very prominent Quaker families involved in iron making at this time included the Rawlinsons, the family of Nehemiah Champion, Lloyds [the Midland Association of Ironmasters], Wilson, Woodhead and Fell.  Although not every Ironmaster was a Quaker, Quakers were to be found in just about every Ironmaster group, as technical innovators, financiers or administrators.  It appears to have been due to Quaker influence that this huge group of people never entered into the trade in arms or war materials of any kind.  Their focus was on the support of the domestic market.  Fell, Elsall, Heyford and Milner, for example, supplied sickles, frying and other pans.

The Ironmasters and their beliefs 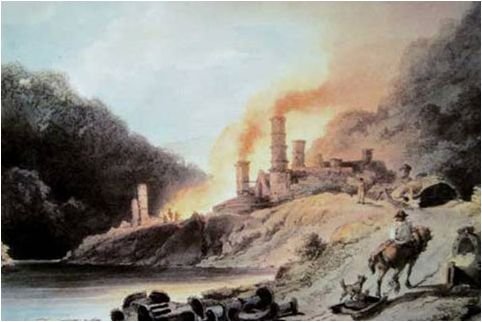 Before we explore the particular life of Darby as an example of an Ironmaster, it is worth looking at how the Friends beliefs affected their approach to their work.  The Quakers played a huge part in foundation and development of many of the UK’s 18th century basic industries.  Friends engaged all over the country, in numerous industries, in most cases making a definite contribution of experiment and real progress in the technical aspects of their various occupations.

Their spiritual practises were principally founded on the path of suppression.  Friends at that time had thus gone beyond the early ‘revelatory’ stage and moved on; instead they were seekers after wisdom and inspiration.

Their beliefs centred around the Unity of mankind, which meant that the objective of what they did was not based on simple profit making.  Even whilst deeply immersed in these new and exciting new businesses, they still maintained their Quakerly activities.  Most spent as much time and thought on the work and testimonies of the Society of Friends as they did on other matters.  The marked separation between secular and spiritual occupations which has dominated much 20th century development played absolutely no part of the 18th century Friends.

Again and again, the intimate inter-dependence of the Quaker faith is evident.  Many at this time who were known in their groups as great spiritual leaders, were also great innovators and industrialists, experimenters and proponents of social welfare. 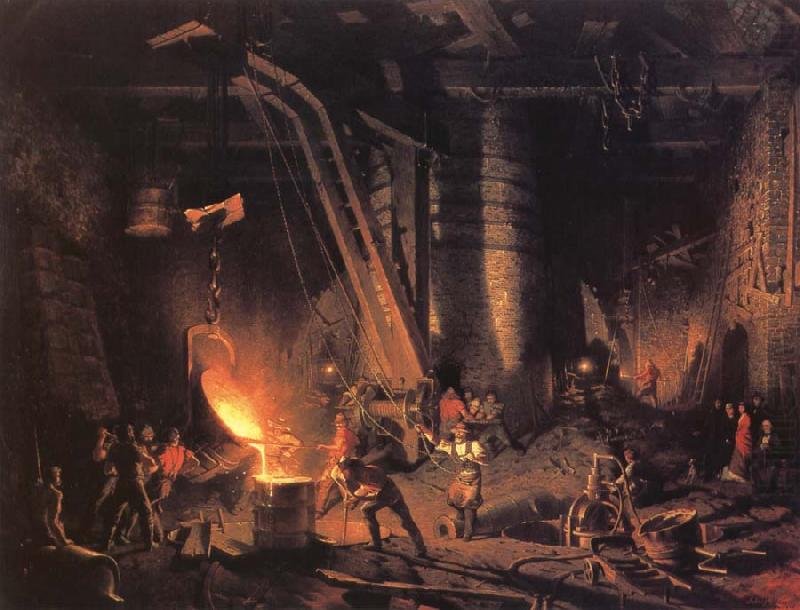 Abraham Darby was the son of John Darby, a yeoman farmer and locksmith by trade, and his wife Ann Baylies. Both John and his wife were Quakers.  Abraham was born at Woodsettle, Woodsetton, Staffordshire, just across the county boundary from Dudley, Worcestershire.

During the early 1690s, Darby was apprenticed in Birmingham to Jonathan Freeth, a fellow Quaker and a manufacturer of brass mills for grinding malt.  From Freeth, Darby gained an understanding of metallurgy.  Freeth encouraged Darby to become a highly active member in the Society of Friends (the Quakers), and he remained so all his life.

In 1699, when he completed his apprenticeship, he married Mary Sergeant (1678-1718) and moved to Bristol, where he set himself up as a malt mill maker. 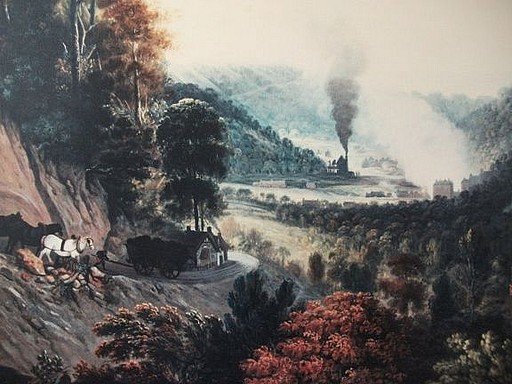 There was a small community of Quakers in Bristol, and Darby soon gained a reputation for skill and enterprise. In 1702 Darby joined with a number of fellow Quakers to form the Bristol Brass Company, with works at Baptist Mills in Bristol.  There he developed a method for casting pots in 'greensand' moulds, previously only used for smaller castings. This enabled pots to be mass-produced and to be thinner than those made by the traditional process of casting in loam moulds. For this purpose, he established the Cheese Lane Foundry in 1704. Initially he cast brass pots, but by 1705, he moved on to using iron.

Quakers at the time were preaching and practising the belief that all men [and women] were equal and thus should be treated equally and given the chance to contribute with whatever talents they showed.  This encouragement of the working class bore fruit and it was one of Darby’s young apprentice’s – a Welsh lad called John Thomas, who solved the problem of how to cast iron as opposed to brass, by using sand for the mould, with a special casting box and core. It might be worth adding that although conditions in all industry at the time were harsh, this raising of the status of the working class by the Quakers probably helped to ensure that the UK did not have a revolution as France did. 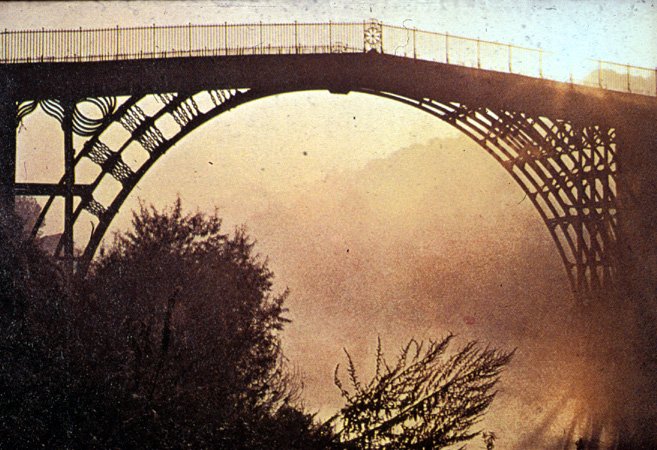 The iron bridge at Ironbridge

Darby, along with a group of fellow Bristol Quakers - Caleb Lloyd, Jeffrey Pinnell, and Darby’s  brother-in-law Thomas Harvey not only set up a Bristol foundry but also set up a brass works at Coalbrookdale. As a result of his experiments casting iron, Darby decided to leave the brass company and concentrate on his iron founding pursuits.

Darby leased a coal fired furnace in September 1708, and set to work preparing to get it into blast. His first account book, running from 20 October 1708 to 4 January 1710 survives. This shows the production of 'charked' coal in January 1709 and the furnace was brought into blast on 10 January. Darby sold 81 tons of iron goods that year.

Darby was probably helped by the fact that the Shropshire 'clod coal' that he was using was fairly sulphur-free. However, experimentation with different fuels continued for some time; for example cargoes of coal were brought up the Severn from Bristol and Neath. Some of the molten iron from the blast was run into pigs and sent down the Severn for use in Bristol foundries, but much of it was used to cast pots and other cast iron goods. 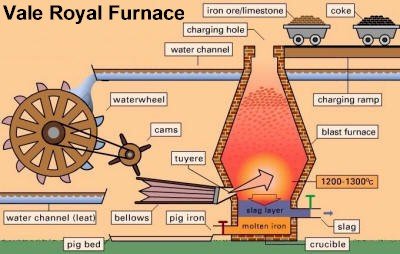 By 1712, it is clear that the techniques of smelting with coke had become sufficiently well tested that he was able to demonstrate them to other manufacturers.  In 1712 Darby offered to instruct William Rawlinson, a fellow Quaker and ironmaster, although Rawlinson, the founder of the Backbarrow Iron Company in Furness, did not take up the offer at the time.

In 1714, Darby and his partners renewed their lease (effective from 1717) and then built a second blast furnace. This was slightly more productive in the 1720s than the Old Blast Furnace.  Darby acquired a whole host of other furnaces with the objective of greatly increasing production using the new coke fired methods.  He secured Vale Royal Furnace in central Cheshire, and he started the manufacture of a furnace at Dolgûn, near Dolgellau.  But after 18 months' illness, Abraham Darby died in 1717, at his home, Madeley Court, Madeley, Shropshire, aged 38.

He had built a house for himself in Coalbrookdale but did not live to occupy it. He was buried in the Quaker burial-ground at Broseley, Shropshire. His widow died only a few months later.

In a world where rank and wealth were dominant, where the attempted republic of the Commonwealth was being overthrown and a monarchy with its corrupt court and pursuit of wealth and pleasure was being reimposed, the Quakers preached anew the gospel of the essential equality of all men and women in matters of the spirit, and in their trades and occupations showed to the world something of the same gospel ….  When Friends, towards the end of the seventeenth century, responded to their exclusion from the professions, by the acceptance of simple and ‘innocent’ occupations, they virtually launched the Industrial Revolution… Charles Lloyd and Abraham Darby humble makers of bar iron and casters of kettles and pans, discovered a market which carried their ventures irresistibly forward to the position of large scale industries vital to the Industrial Revolution. 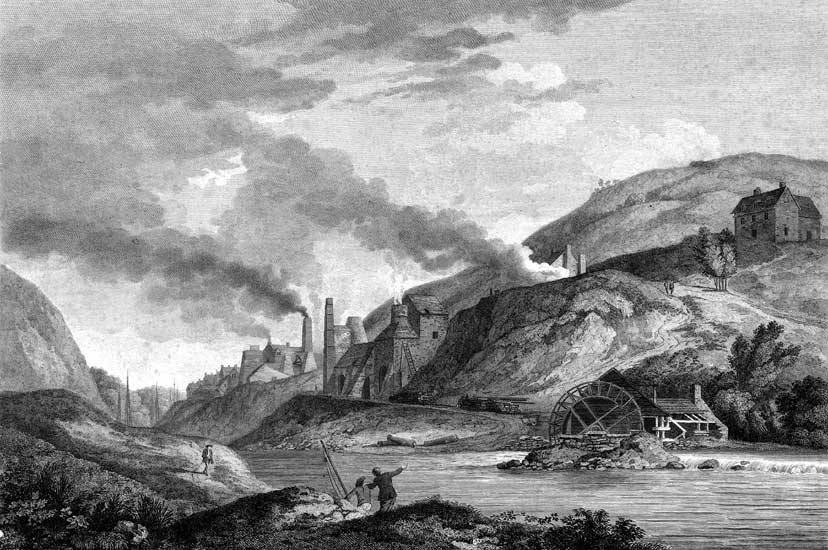