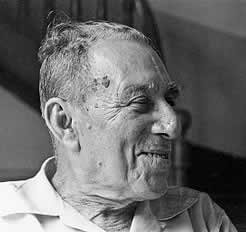 Manuel Córdova-Rios (1887–1978,) was a vegetalista (herbalist) healer and shaman of the Peruvian Amazon, and the subject of several books.

As a young mestizo in the Amazon forest to cut rubber trees, he was captured by a native tribe, among whom he then lived for seven years. The elderly chief of the tribe taught him in intensive private sessions traditional knowledge, e.g., about medicinal plants of the jungle, and about leadership. From the tribe he learned hunting skills. He acquired the name Ino Moxo (black jaguar).

After the chief's death, he returned to Peruvian life, where he eventually became well known in the upper Amazon region for his success as a curandero (healer). In the early 1960s in the local city of Iquitos he had met an American forester, Bruce Lamb (1913–1993), who then wrote about his life story and about his healing arts. 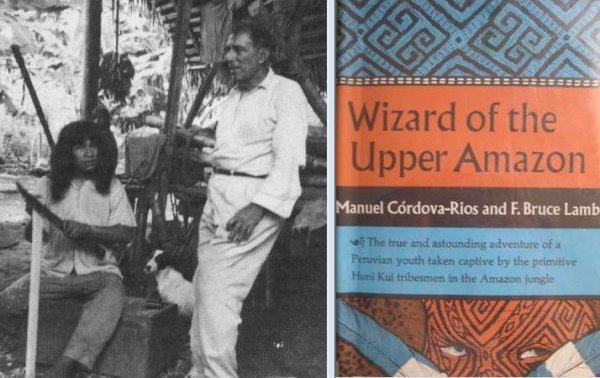 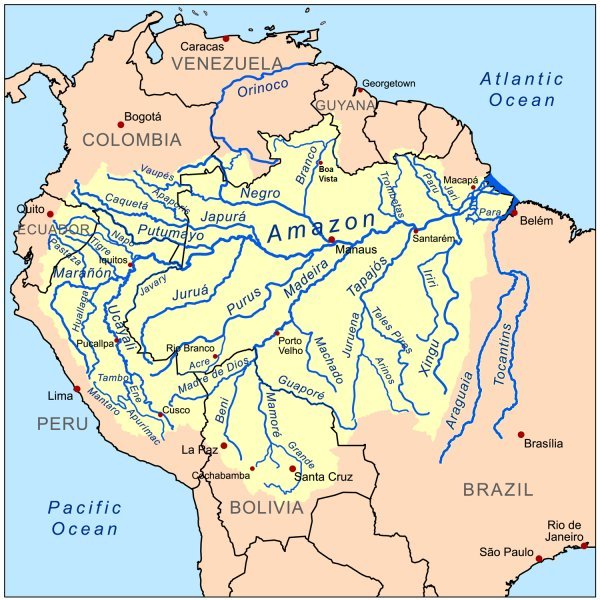 During his time with the tribe he was also given ayahuasca.  A major occupation of the men was hunting, which provided a substantial part of the tribal diet. Xumu the elderly chief would, periodically, lead the hunters in secluded, group sessions requiring  a purge of the bowels, then taking only selected foods, and a brief sexual abstinence. They then drank ayahuasca.  The group then entered into a shared experience of vision. “After an initial chaotic flux of organic images and designs, arabesques in blues and greens, a collective vision developed in which a parade of birds and animals began to pass into the group's awareness”.

Following the chief's cue the hunters would chant, using the particular song (icaros)  associated with each of the jungle creatures.  In his guiding role, chief Xumu Nawa employed different chants or icaros in order to steer and coordinate the individual tribal members, so that the ayahuasca sessions would become a shared experience among those participating. "Soon subtle but evocative chants led by the chief took control of the progression of our visions. Embellishments to both the chants and the visions came from the participants."

"I sense, my friend," Córdova said, "that you find it difficult to grasp the significance of the influence that a maestro ayahuasquero has over the minds of a group of people who participate with him in a vision session of the kind I have described. This power once exerted, though perhaps subtle in its effect, does not easily disappear. As you know, in my youth I was held in its spell for several years."

Cordoba also went through a separate initiation process involving considerable tuition about legends, myths, jungle plants, customs and yet more ayahuasca sessions requiring a strict dietary regime. As the training lasted many months, Manuel became "nervous, high strung, and afraid of going insane" but the chief and his small group of elder women assuaged his fears. These sessions were held in a secluded place in the forest, especially selected and provisioned.

The older chief coached the young Manuel in the use of his imagination, steering it so as to heighten and refine its perception and utility. Plants were shown and identified, then visualized. Their particular health benefits and especially their healing properties were discussed; various plants were related to specific diseases and their symptoms, imparting the ability to make a herbal diagnosis. To the plants the chief sang his icaros  and taught many to Córdova, along with their meaning and healing effects. Later Córdova in his work as a curandero primarily relied on the icaros taught him by Xumu.

"In the case of mestizo Peruvian shamans, the ayahuasca plant, like other visionary plants, is itself the teacher of the aspiring shaman who, among other things, learns supernatural melodies or icaros from the plant."

"that the visions obeyed the songs and chants, or perhaps it would be better to say that by means of the chants it was possible to influence the course of the visions". He states, "I chanted what I wanted to see and found that each time... no matter how involved or strange the visions, they obeyed my wishes as I expressed them in song…Once the men realized that I had achieved domination over their dreams, they considered me a true magician, a position superior to theirs."

During one ayahuasca session: he saw the deceased chief Xumu and the black jaguar; he also had a vision of his mother ill and dying.  He booked passage on the Filó, heading for Manaus. From there Córdova proceeded westward, upriver to his old home Iquitos.  There he found his father living in the same home, who greeted him with an abraço, but learned that his mother and a sister had died recently in an influenza epidemic.

Although Córdoba later dreamt about his time with the forest tribe, he remained ambivalent about the incident of his capture. Once back in Iquitos he did not try to return to the Huni Kui.

There have since been doubts placed on Cordoba’s account, but his principal biographer Lamb remained convinced of the truth of Córdova's account. He contends that from Córdoba's book the Huni Kui tribe can be precisely determined, although the disruption caused by rubber exploitation and social changes has meant that as a tribe they no longer exist.

"The tribal lives of the forest-dwelling Indians of the Amazon were subject to devastating pressures by the invading rubber exploiters seeking riches... . Hostile tribes were forced into conflict by the invasion as [one tribe] sought to escape and establish new hunting territories in country already occupied by [an]other tribe."

Córdova eventually became a full-time vegetalista, what has been called an urban shaman, a curandero. Nieves Ochoa his wife assisted in his work, and came to share in his visions. They enjoyed a large family: five sons and five daughters, and with time fifty grandchildren.
Lamb described Córdova as a person who  "stood out in a group. Sitting in repose, smoking his ever-present pipe and conversing quietly, he gave the impression of a benign presence."

His patients came from stations high and low. He treated many of the poor of Iquitos, whom he charged very little for his services.

"I make people well more for personal satisfaction than for personal gain." As his chronicler Lamb wrote, "Córdova himself expressed a certain sense of awe at his ability to heal."

"I could never turn suffering people away when I had it in my power to help."

Regarding the plants, Córdova asks, "What good do you think my remedies would be if I didn't sing to them?"

His abilities as a healer gradually became very well known. According to a Lima newspaper, he was seeing about five hundred people a month. Eventually his patients included generals, admirals, a judge, a surgeon, an ambassador, and a former President of Peru. He was offered the position of Director of Medical Services by PetrolPeru, the state oil company, which he declined. On his 91st birthday he passed on.