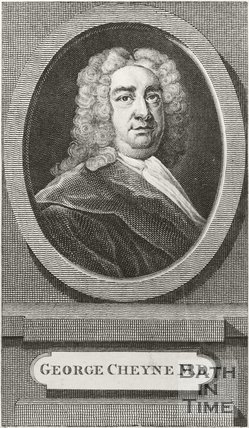 George Cheyne M.D. R.C. E.d. R.S.S. (1671–1743) was a pioneering physician, early psychotherapist, philosopher and mathematician.  He was a Fellow of the Royal Society.

He was, in his day, regarded as an eminent figure in the world of letters, science and medicine; and was well read in mystical and pietist writers such as Boehme.

His clients and friends  included Alexander Pope, Samuel Johnson (who spoke of the ‘learned philosophical and pious Dr Cheyne’), John Wesley, David Hume, the ‘deeply religious’ Countess of Huntingdon, and Samuel Richardson [the novelist]. He was acquainted with Sir Isaac Newton and encouraged Newton to write and then publish his Quadratures and with it, his Light & Colours.

Cheyne’s popularity was based on the fact his books were aimed at the patient and not physicians; that he spent a great deal of time and effort getting to know his patients and finding out from practical observation why and how people become ill; and that his whole approach was on treating the cause of illness not the symptoms, and on promoting prevention.

Roy Porter – Introduction to The English Malady
An ounce of prevention was better than a pound of cure; ‘for it is most certain that ‘tis easier to preserve health, than to recover it; and to prevent diseases than to cure them’ 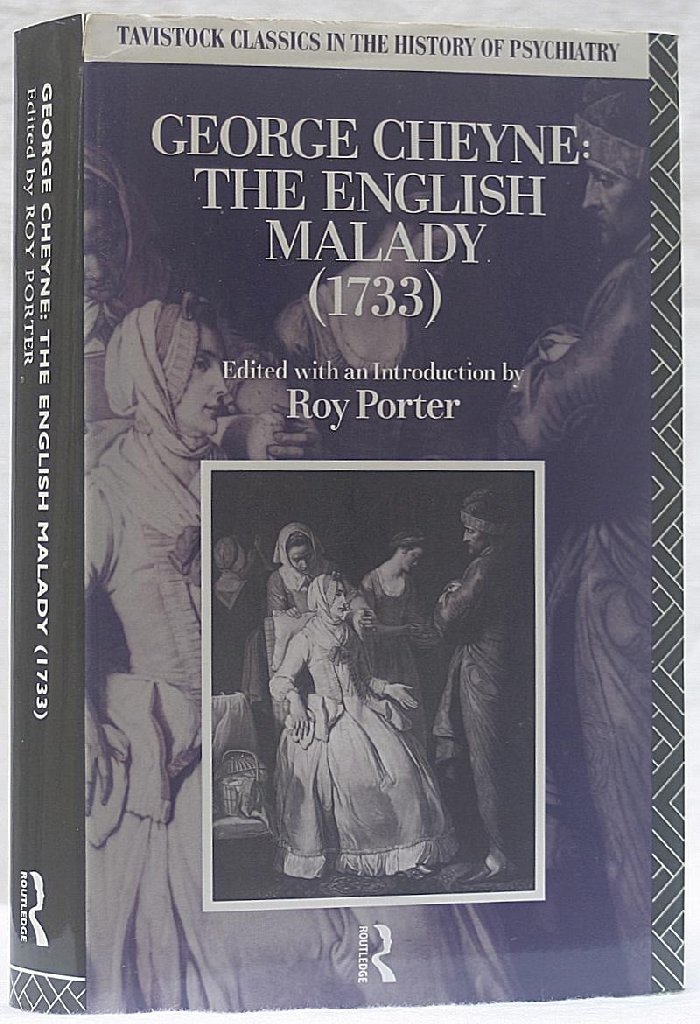 But he also observed something which is unique on this site.  We have a number of observations that describe the ability of fakirs to go into a sort of hibernatory state for weeks on end, after which at a very specific time, they rouse themselves and come to life again.

Dr Cheyne witnessed this in a patient.  The patient, a Colonel Townsend, to all intents and purposes ’died’ and then brought himself back to life.

Colonel Townsend – the man who could resurrect himself

The account of Colonel Townsend appears in various forms – shortened and summarised in a number of books including Dr Daniel Hack Tuke’s book, here is one example:

" he possessed the remarkable faculty of throwing himself into a trance at pleasure. The heart ceased, apparently, to throb at his bidding, respiration seemed at an end, his whole frame assumed the icy chill and rigidity of death, while his face became colourless and shrunk, and his eyes fixed, glazed, and ghastly; even his mind ceased to manifest itself, for during the trance it was as utterly devoid of consciousness as his body of animation. In this state he would remain for hours, when these singular phenomena wore away, and he returned to his usual condition.

Dr Hack Tuke even mentions the fakirs as an example of others able to do the same thing:

the prolonged suspension of active vitality in the Fakirs, authenticated by English officers and medical men, and referred to by Mr. Braid and Dr. Carpenter, is important, as being probably induced by the Will forcibly concentrating the Attention upon one subject, and leading to a condition of the organic functions similar, in some respects, to that of Colonel Townsend.

Dr Cheyne describes the experience in his book English Malady.  Not long after Dr Cheyne witnessed the experience, the patient died from kidney disease, but it is clear that the two are not connected, as Townsend appeared to only demonstrate the ability in the hope the doctors could give him an explanation before he died, of something he had been able to do for some time.

Miscellanies. By Dr. J. A. Symonds. 1871
His death-like state lasted half an hour, and recurred at nine in the morning; after which he transacted business with his attorney, and quickly expired at six o'clock in the afternoon ; and the body, when examined, presented, with the exception of the right kidney, no signs of disease" (VIII, p. 160). 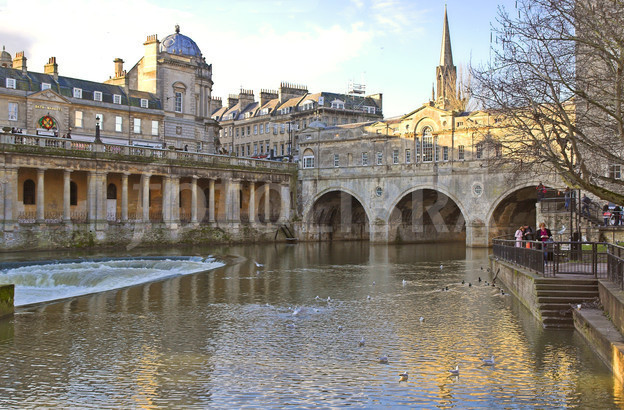 Dr George Cheyne was born in Methlick, Aberdeenshire, and brought up in the Christian traditions of the Scottish Episcopalian church.  He described his upbringing as ‘pious’.  He was all set initially to have a career in the Church and was sent to Marischal College, Aberdeen.  Whilst acting as tutor to the Duke of Roxburgh [then a child], he also came into contact with the religious Pietists.

But it was a meeting with Dr Archibald Pitcairn, one of the eminent medical theorists of his day, that propelled Cheyne to a career in medicine.  He studied under Pitcairn at Edinburgh University.  In 1701 he was made MD of King’s College Aberdeen. In 1702, he moved to London, and was elected a fellow of the Royal Society in the same year.  Around 1710, he set up house in Bath and Bristol, and set up permanently in Bath from 1720. 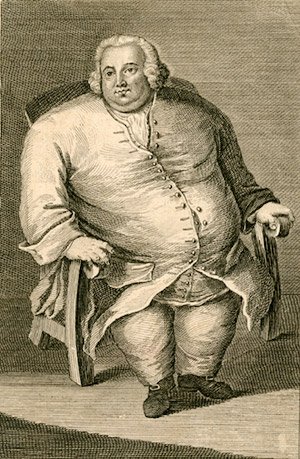 In order to succeed in medical practice, Cheyne tried to develop a rapport with his patients by regularly visiting the local taverns where they spent time, a practice common among medical practitioners of the day. He became a popular figure of local social life, and the quantity of rich food and drink he consumed in consequence left him grossly obese and very unhealthy. He began a meatless diet, taking only milk and vegetables, and regained his health. But when he returned to a more typical diet - albeit more moderate than he had previously indulged - he regained weight and his health once again deteriorated. He went back to his vegetarian diet for the remainder of his life, recommending it for everyone suffering from obesity.

His stance on vegetarianism, however, was occasioned by more than just health, it was humanitarian, as well as medical, and he took quite a robust position on this issue:

The Natural Method of Cureing [sic] the Diseases of the Body, and the Disorders of the Mind
To see the convulsions, agonies and tortures of a poor fellow-creature, whom they cannot restore nor recompense, dying to gratify luxury and tickle callous and rank organs, must require a rocky heart, and a great degree of cruelty and ferocity. I cannot find any great difference between feeding on human flesh and feeding on animal flesh, except custom and practice. 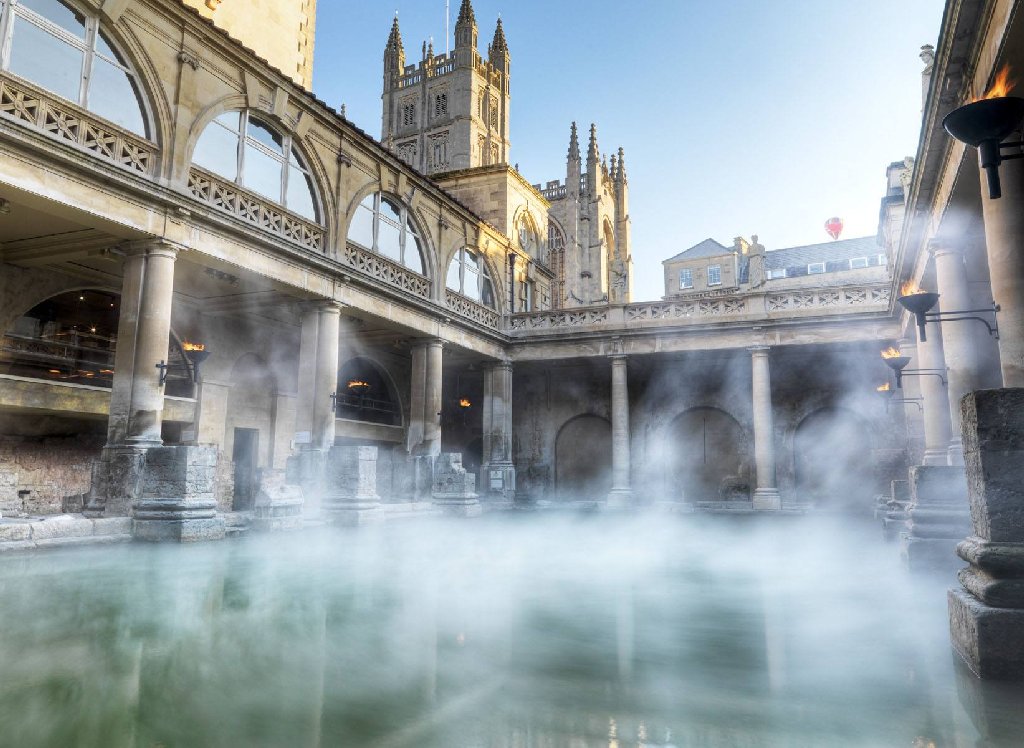 Cheyne’s work on mental health influenced families like the Hack Tukes, who themselves aimed to make the treatment of the mentally ill more humane.  Cheyne’s English Malady was one of the best known and most influential books of the Georgian age dealing with mental illness.  He believed that such illness was growing more frequent and that its cause was largely our rush towards materialism and ‘civilisation’, meaning more urban living, more pressures, less leisure time and more emphasis on competition, as opposed to co-operation.  The English Malady was still being used as a standard reference book some 40 years after his death.

Roy Porter – Introduction to The English Malady
[Cheyne’s ] lasting popularity stemmed from his skill at wrapping up the medical commonplaces of the day in a graphic prose spiced with epigram.  In book after book, he expounded to the educated public time-honoured truths as to the causes of sickness and handed down the tablets of healthy living… Cheyne wanted to break the lazy habit of allowing oneself to fall sick and then summoning the doctor.
‘Fine folks', he complained ’use their physician as they do their laundresses, send their linen to them for it only to be dirtied again’ 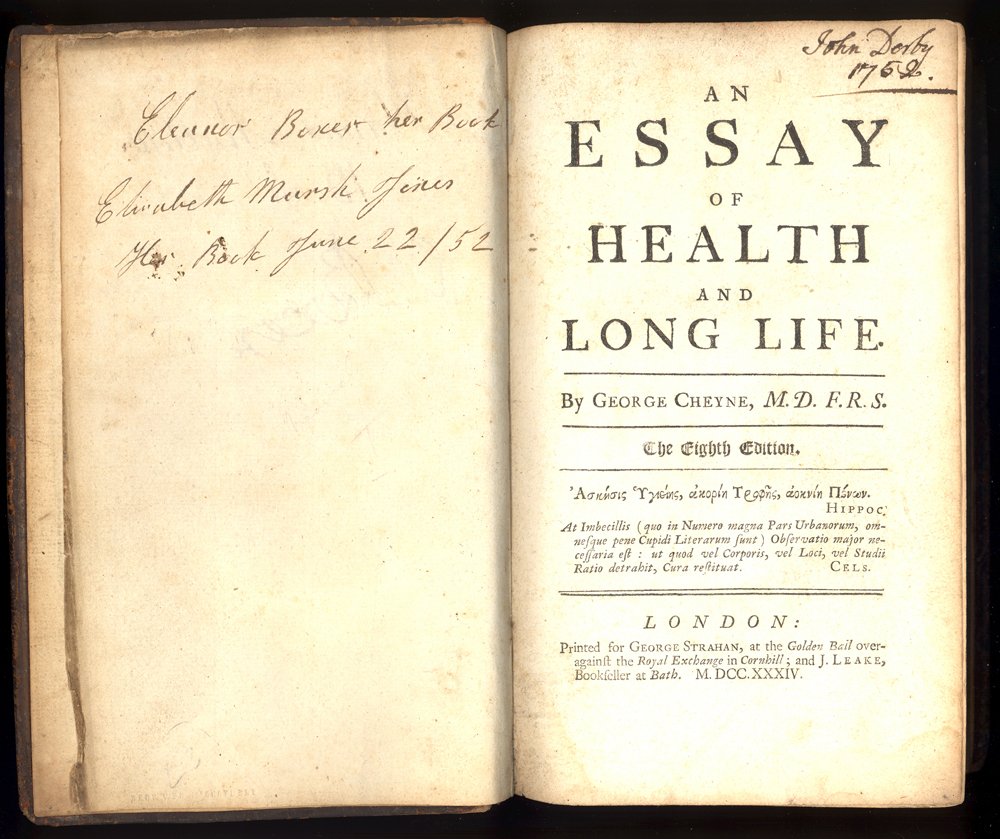 Dr Cheyne was one of the first medical men to describe in some detail just how much the mind and its various states determine disease.  Dr Daniel Hack Tuke took up the baton that Dr Cheyne held out and using Cheyne’s plus many other medical men’s observations, summarised their findings in Illustrations Of The Influence Of The Mind Upon The Body In Health And Disease, Designed To Elucidate The Action Of The Imagination .

But Cheyne’s conclusions are identical to those that Hack Tuke came to, which we have summarise in the entry Types of Hurt and Organs.  Essentially emotion plays a large part in the start and worsening of disease.  Negative high and extreme emotion ‘throws people into acute disease’ and can bring on death.  ‘Languishing hopeless love’, and Grief were singled out as major disease creators.  He also pointed out that one cannot cure the effects of extreme emotion – that is the illness – unless one has tackled the cause – the emotional problems.  And this is why he wrote the book Philosophical principles of religion: natural and revealed because he believed it was the job of spiritual experience to heal the soul.

Roy Porter – Introduction to The English Malady
The mutual necessity of medical and spiritual succour was not just a pious appendage but integral to his system.  The answer to a personality disorder did not lie simply in pill popping; personal medical history taught Cheyne that in the healing process devotion was more effective than drugs.

Cheyne passed his final years cultivating a flourishing medical practise in Bath.  Despite the fact his medical views were often ridiculed by doctors - who saw no profit in approaches that actually treated the cause of illness and thus cured the patient, - he was popular and ‘valued as a guiless, benevolent, good natured fellow’.  Pope said he had ‘true simplicity of heart’.

He died at Bath on 13th April 1743; his wife survived him, his only son became a clergyman of the Church of England. 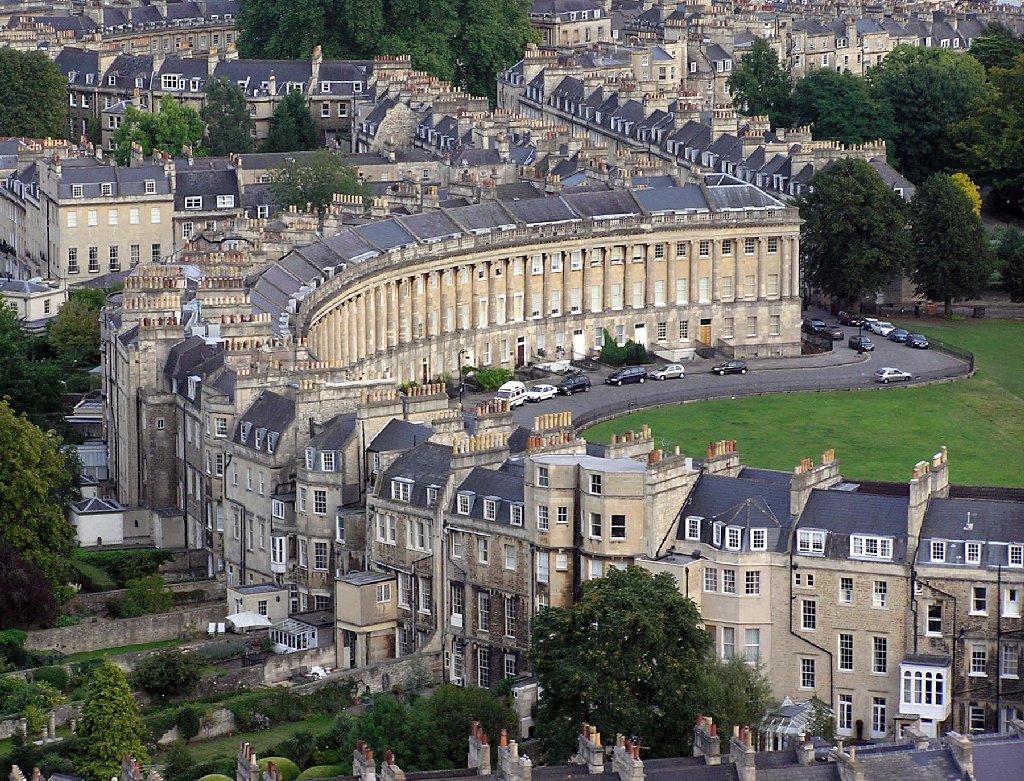 His works, ‘eminently argumentative in tone’, were widely popular, and were translated into a number of foreign languages.  He wrote for a lay audience, instructing readers on health self-care.  They include

His correspondence with Richardson, the novelist, appeared in 1817, as Original Letters, edited by Rebecca Warner.