Ivan Ivanovich Chabert was a magician, probably the most notable, and certainly the most interesting, character in the history of fire-eating, fire-resistance, and poison eating.  He was known as the Only Really Incombustible Phenomenon.  Chabert was a son of Joseph and Therese Julienne Chabert and was born on May 10th, 1792, at Avignon, France.  He died 29th Aug 1859 New York, USA.

In the USA, he was known as J. Xavier Chabert, A.M., M.D.  His abilities were such that he attracted the attention of scientists and he was researched for a considerable period.

Chabert attracted wide attention with his performances, especially in London, where he arrived in 1818. He performed in the Argyll Rooms and was a talk of the town in the 1820s when he won a bet against a Mr. J. Smith who challenged him to swallow 20 grams of phosphorus, we have the description as an observation.

As with all magicians, Chabert combined 'tricks' with some very unusual functional abilities.  It may be we never know which was which, his secrets may have died with him as is the way with all the best magicians.  For example, he was able to apparently swallow tablespoons of burning oil and bathe his feet in molten metal, but the latter was a trick, as he concocted the apparently molten metal by using a special low-melting alloy. In swallowing poisons, he later admitted that 'he took a simple antidote'. 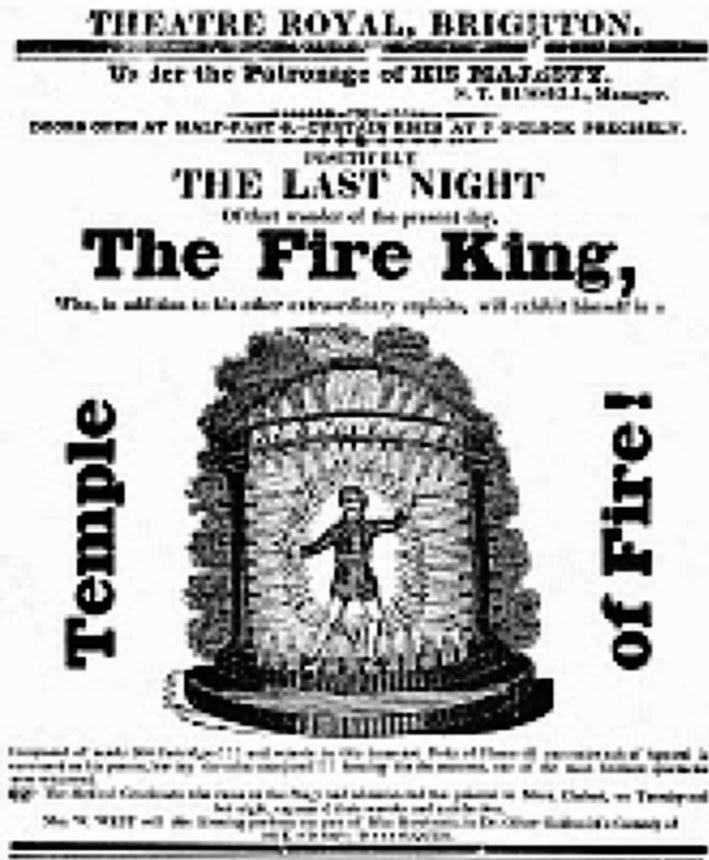 One of his tricks was to stay in an iron stove, apparently hot enough to cook a piece of meat that he hung in the middle of the stove over the fire - a thermometer near the fire measuring 600 degrees Fahrenheit (about 315 degrees Celsius).  Houdini said the trick revolved around the fabricated reading on the thermometer, in reality, the space was around 200 degrees Fahrenheit (equivalent to 93 degrees Celsius).  Chabert talked to his audience through a mouthpiece through which he also breathed.  He lay in the oven in what Houdini claimed to be 'the cooler spot on the floor, covered with a heat-protecting cloak'. At the end of the act, he stepped in front of the audience with the cooked meat in hand.  Again the explanation offered by Houdini leaves something to be desired, as, unless the meat was already part cooked, you cannot cook meat at 93 degrees C so that it is fully cooked in the short time he was in the oven.  It is worth adding that Houdini showed some admiration for Chabert.

Harry Houdini was given a valuable collection of Chabert clippings, hand-bills, etc., by his friend Henry Evanion, who, in addition, ‘related many interesting incidents’ in connection with ‘this man of wonders’.   Houdini supplies quite a useful description of Chaubert in his book Miracle Mongers And Their Methods.  He says that after Evanion had given him his collection …..

Miracle Mongers And Their Methods 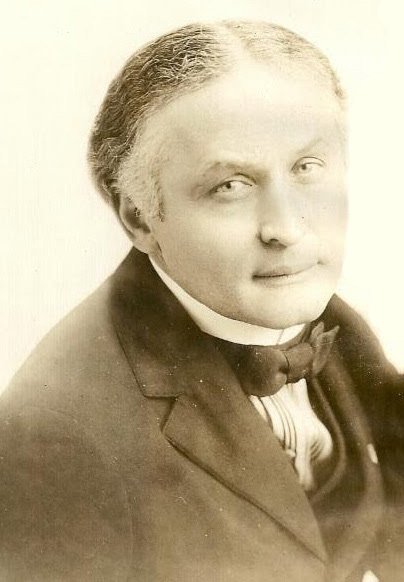 Subsequently I discovered an old engraving of Chabert, published in London in 1829, and later still another which bore the change of name, …. The latter was published in New York, September, 1836, and bore the inscription: "One of the most celebrated Chemists, Philosophers, and Physicians of the present day." These discoveries, together with a clue from Evanion, led to further investigations, which resulted in the interesting discovery that this one-time Bartholomew Fair entertainer spent the last years of his life in New York City. He resided here for twenty-seven years and lies buried in the beautiful Cypress Hills Cemetery, quite forgotten by the man on the street.

Nearby is the grave of good old Signor Blitz, and not far away is the plot that holds all that is mortal of my beloved parents. When I finally break away from earthly chains and restraints, I hope to be placed beside them.

During my search for data regarding Chabert I looked in the telephone book for a possible descendant. By accident I picked up the Suburban instead of the Metropolitan edition, and there I found a Victor E. Chabert living at Allenhurst, N. J. I immediately got into communication with him and found that he was a grandson of the Fire King, but he could give me no more information than I already possessed, which I now spread before my readers.

Chabert was a soldier in the Napoleonic wars, was exiled to Siberia and escaped to England. His grandson has a bronze Napoleon medal which was presented to Chabert, presumably for valor on the field of battle. Napoleon was exiled in 1815 and again three years later. Chabert first attracted public notice in Paris, at which time his demonstrations of heat-resistance were sufficiently astonishing to merit the attention of no less a body than the National Institute.

To the more familiar feats of his predecessors he added startling novelties in the art of heat-resistance, the most spectacular being that of entering a large iron cabinet, which resembled a common baker's oven, heated to the usual temperature of such ovens. He carried in his hand a leg of mutton and remained until the meat was thoroughly cooked. Another thriller involved standing in a flaming tar-barrel until it was entirely consumed around him.

Miracle Mongers And Their Methods

Although he was suspected of trickery by many, was often challenged, and had an army of rivals and imitators, all available records show that Chabert was beyond a doubt the greatest fire and poison resister that ever appeared in London.

Seeking new laurels, he came to America in 1832, and although he was successful in New York, his subsequent tour of the States was financially disastrous. He evidently saved enough from the wreck, however, to start in business, and the declining years of his eventful life were passed in the comparative obscurity of a little drug store in Grand Street.

As his biographer I regret to be obliged to chronicle the fact that he made and sold an alleged specific for the White Plague, thus enabling his detractors to couple with his name the word Quack. 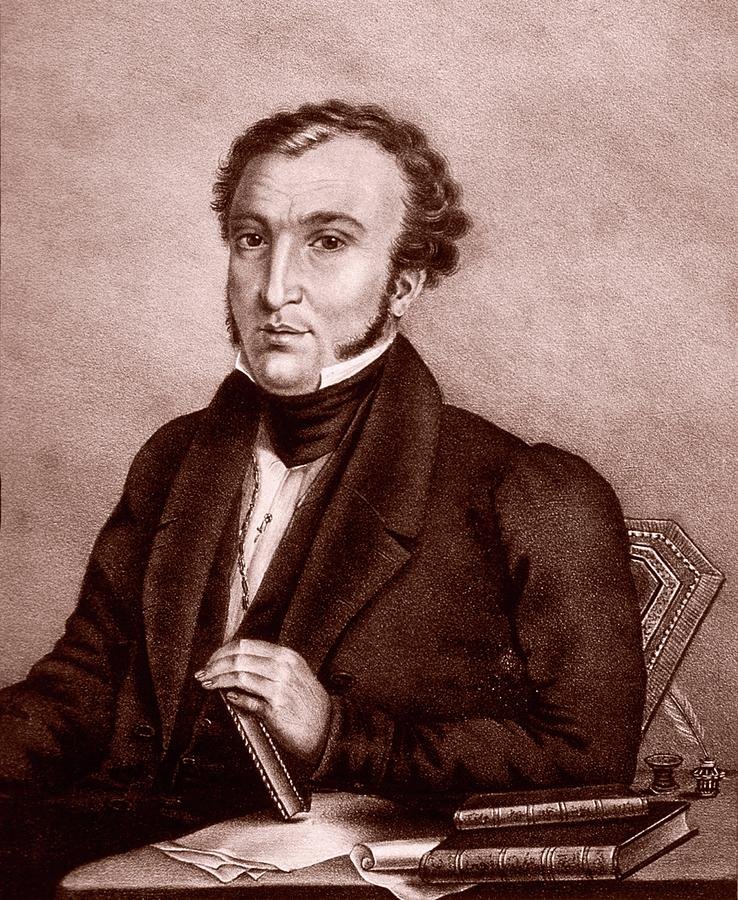 Chabret from the US National Library of Medicine

The following article, which appeared in the New York Herald of September 1st, 1859, three days after Chabert's death, gives further details of his activities in the USA:

We published among the obituary notices in yesterday's Herald the death of Dr. Julian Xavier Chabert, the "Fire King," aged 67 years, of pulmonary consumption. Dr. C. was a native of France, and came to this country in 1832, and was first introduced to the public at the lecture room of the old Clinton Hall, in Nassau Street, where he gave exhibitions by entering a hot oven of his own construction, and while there gave evidence of his salamander qualities by cooking beef steaks, to the surprise and astonishment of his audiences.

It was a question to many whether the Doctor's oven was red-hot or not, as he never allowed any person to approach him during the exhibition or take part in the proceedings. He made a tour of the United States in giving these exhibitions, which resulted in financial bankruptcy. At the breaking out of the cholera in 1832 he turned Doctor, and appended M.D., to his name, and suddenly his newspaper advertisements claimed for him the title of the celebrated Fire King, the curer of consumption, the maker of Chinese Lotion, etc. 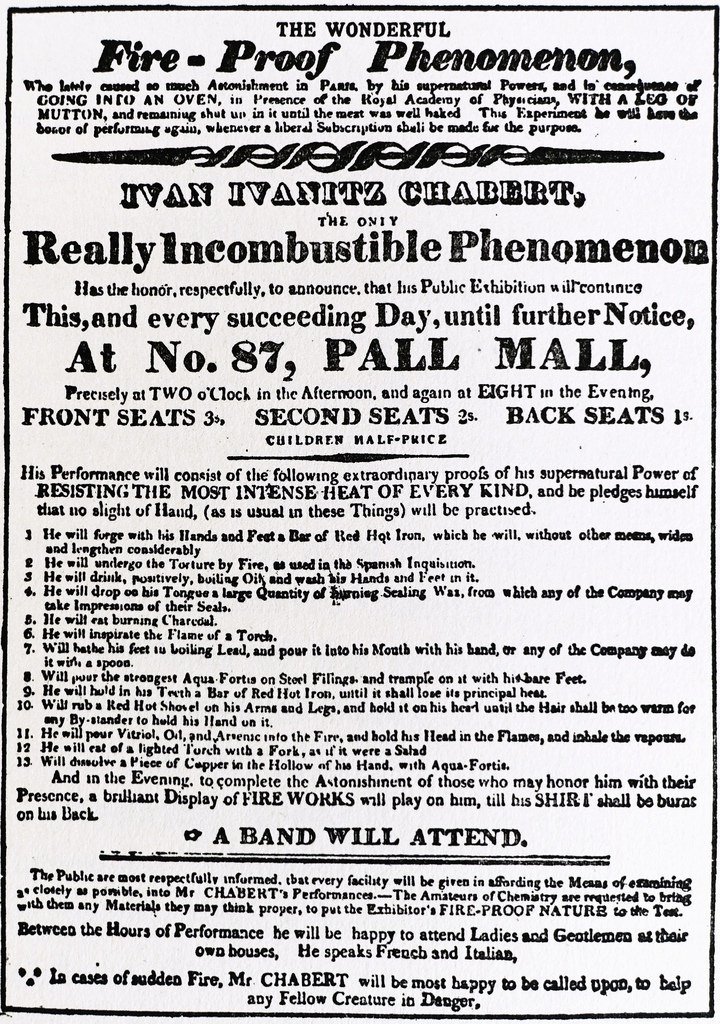 While the Doctor was at the height of his popularity, some wag perpetrated the following joke in a newspaper paragraph: "During some experiments he was making in chemistry last week, an explosion took place which entirely bewildered his faculties and left him in a condition bordering on the grave. He was blown into a thousand atoms. It took place on Wednesday of last week and some accounts state that it grew out of an experiment with phosphoric ether, others that it was by a too liberal indulgence in Prussic acid, an article which, from its resemblance to the peach, he was remarkably fond of having about him."

The Doctor was extensively accused of quackery, and on one occasion when the Herald touched on the same subject, it brought him to our office and he exhibited diplomas, certificates and medical honors without number.

The Doctor was remarkable for his prolific display of jewelry and medals of honor, and by his extensive display of beard. He found a rival in this city in the person of another French "chemist," who gave the Doctor considerable opposition and consequently much trouble.

The Doctor was famous, also, for his four-horse turnouts in Broadway, alternating, when he saw proper, to a change to the "tandem" style. He married an Irish lady whom he at first supposed to be immensely rich, but after the nuptials it was discovered that she merely had a life interest in a large estate in common with several others.

The Doctor, it appears, was formerly a soldier in the French Army, and quite recently he received from thence a medal of the order of St. Helena, an account of which appeared in the Herald. Prior to his death he was engaged in writing his biography (in French) and had it nearly ready for publication.

The London Lancet also provided an article which described Chabert as a 'fast liver,' who, on his death ‘ leaves three children to mourn his loss, one of them an educated physician, residing in Hoboken, N. J. '