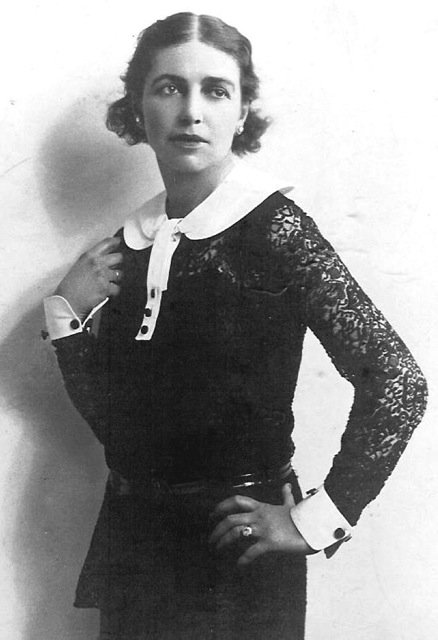 She attended Vassar College, graduating with a B.A. in 1907.

She was living in England in 1914 at the outbreak of the war and used her own money to equip and staff a field hospital close to the Front in which she herself served as a nurse from 1915 until the end of the war.

It was there she met Brigadier General Edward Louis Spears, who became her second husband, in 1918, following the dissolution of her first marriage.

Despite her considerable social commitments as the wife of a prominent diplomat, she continued a successful career as a writer. During her war-time experience she wrote poetry and a striking set of sketches and short stories, The Forbidden Zone (1929), ‘contemporary readers were disturbed at the graphic, sometimes hallucinatory, quality of this work coming from a woman's pen’. 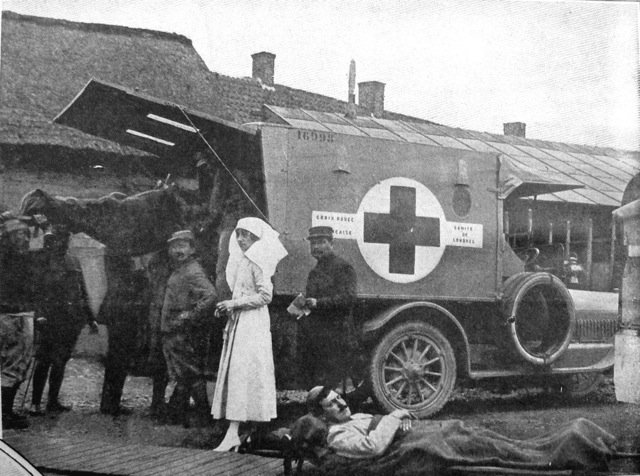 Living in England between the wars, she was drawn back to France in the expectation of mounting some sort of aid facility similar to that she had run in the first war. With funds donated by Sir Robert Hadfield via his wife, Lady Hadfield, she set up the Hadfield-Spears Ambulance Unit, which was based in Lorraine until forced by the German Blitzkrieg to retreat across France before its evacuation from Arcachon in June 1940.

In Britain, the unit re-grouped and received further funding from the British War Relief Society in New York. In May 1941, the Hadfield-Spears Ambulance Unit was attached to the Free French in the Middle East, before accompanying their forces across North Africa, Italy and France. Journey Down a Blind Alley, published on her return to Paris in 1946, records the history of the unit and her disillusion with the French failure to put up an effective resistance to the German invasion and occupation. 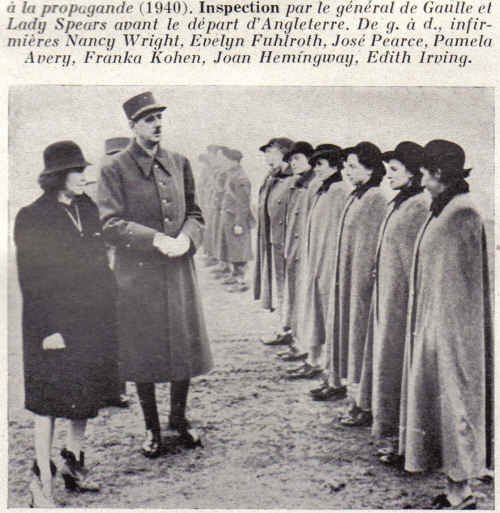 In her later life, she would often return to the United States and assisted her nephew-in-law Adlai Stevenson II in his run for the presidency, even writing some of his speeches.

A first person account of Lady Spears and the Hadfield-Spears Ambulance Unit can be found in To War with Whitacker, The Wartime Diaries of the Countess of Ranfurly 1939-45.

Mary ('May') Borden, later Lady Spears, was born in Chicago.  Her father died when she was 20, leaving her independently wealthy. She published her first novel in 1912,  when she settled in London with her husband and three children. She became a popular figure in literary circles.

During a suffragette protest in 1913 Borden was arrested and then imprisoned for throwing a stone through a window of the Treasury.

On the outbreak of war she volunteered to serve as a nurse with the French Red Cross. She subsequently funded and ran her own military field hospital for wounded French soldiers, as close to the front line as possible (something she did again in the Second World War).

When Captain (later General) Louis Spears visited her hospital on the Somme, they fell in love and later married.

She lost much of her fortune in the years following the Wall Street Crash.

She wrote of her wartime experience in The Forbidden Zone (1929):
'It was my business to know which of the wounded could wait and which could not. I had to decide for myself.  There was no one to tell me. If I made any mistakes, some would die on their stretchers on the floor under my eyes who need not have died [...] My hands could instantly tell the difference between the cold of the harsh bitter night and the stealthy cold of death.'