Pierre Bonnard (3 October 1867 – 23 January 1947) was a French painter and printmaker, as well as a member of Les Nabis.  Les Nabis were a group of young artists committed to creating work of symbolic and spiritual nature. Other Nabis include Vuillard and Maurice Denis. In addition to his paintings, he also became known for his posters and book illustrations, as well as for his prints and theatre set designs.

Bonnard was born in Fontenay-aux-Roses, Hauts-de-Seine. He led a happy and carefree youth as the son of a prominent official of the French Ministry of War. At the insistence of his father, Bonnard studied law, graduating and briefly practicing as a barrister. However, he had also attended art classes on the side, and soon decided to become an artist.

In 1891 he met Toulouse-Lautrec and began showing his work at the annual exhibition of the Société des Artistes Indépendants. In the same year Bonnard also began an association with La Revue Blanche, for which he and Édouard Vuillard designed frontispieces. His first show was at the Galerie Durand-Ruel in 1896.  He left Paris in 1910 for the south of France and from that point on did nothing but paint. 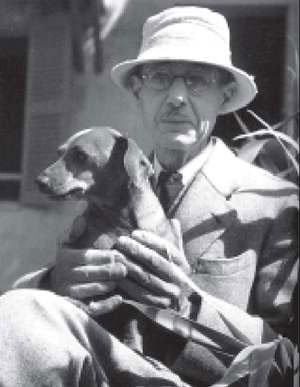 Bonnard is yet another painter who is classified as one thing by those who wish to pigeon hole styles and a person who actually defies classification.  He employs extensive symbolism, he had a wonderful ability to paint Light, and was entirely inspired – in other words he relied almost entirely on inspiration, using drawings only as a reference.  Wikipedia says “his paintings are often characterized by a dreamlike quality”, which sums inspiration up rather well.  You can ‘see’ what you want to paint extraordinarily clearly, in effect you do have a vision -  a waking dream - of what you want to paint, all that may prevent you is whether you can handle paint!  Bonnard is also known for his intense use of colour, another characteristic of the inspired painter – one who is experiencing enhanced perception.  When inspiration strikes everything seems somehow more intensely coloured, even jewel like, paint is often a poor substitute for what you can really ‘see’.  In fact the frustration at times can be truly intense, as tube after tube is tried trying to capture what is there in your head, but does not appear to be present in the paint.

Bonnard did not paint from life but first drew or photographed his subject and made notes on the colours he wanted. He then painted the canvas in his studio from his notes. "I have all my subjects to hand, I go back and look at them. I take notes. Then I go home. And before I start painting I reflect, I dream."  So he used Relaxation.

He worked on numerous canvases simultaneously, which he tacked onto the walls of his small studio. In this way he could more freely determine the shape of a painting;
"It would bother me if my canvases were stretched onto a frame. I never know in advance what dimensions I am going to choose."

I think he was also inspired by LOVE, love for his family, love for his wife, love for his surroundings and life.  His often complex compositions—typically of sunlit interiors of rooms and gardens populated with friends and family members—are both narrative and autobiographical.   His wife Marthe was an ever-present subject over the course of several decades. She is seen seated at the kitchen table, with the remnants of a meal; or nude, as in a series of paintings where she reclines in the bathtub. He also painted several self-portraits, landscapes, street scenes, and many still lifes, which usually depicted flowers and fruit. 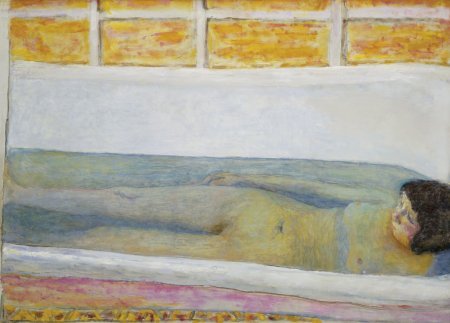 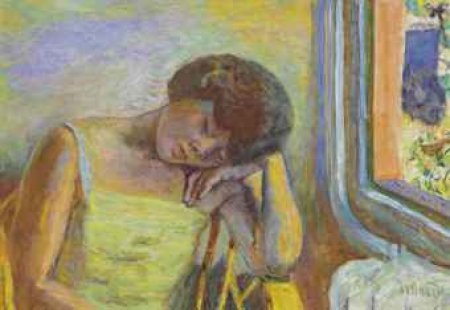 Again, as Wikipedia says “The intimate domestic scenes, for which he is perhaps best known, often include his wife Marthe de Meligny”.  And I know that you only paint what you love, or what you are afraid of [or hate in the case of some artists, and this is always obvious as the colours are dark].  Bonnard was described, by his own friend and historians, as a man of "quiet temperament" and one who was unobtrusively independent.  His life was also relatively free from "the tensions and reversals of untoward circumstance".  Although Bonnard avoided public attention, his work sold well during his life. 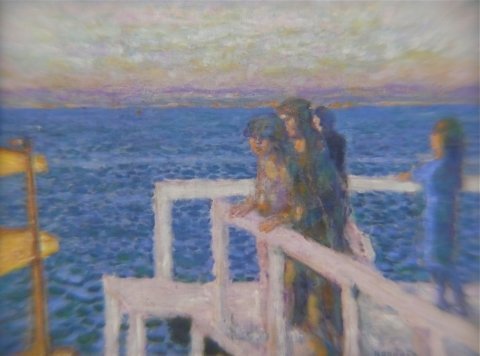 In 1938 there was a major exhibition of his work along with Vuillard's at the Art Institute of Chicago. He finished his last painting, The Almond Tree in Blossom, a week before his death in his cottage on La Route de Serra Capeou near Le Cannet, on the French Riviera, in 1947. 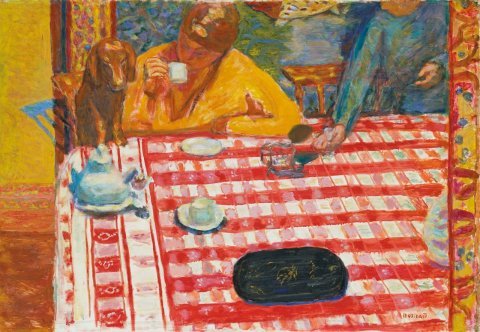 In 2009 the exhibition "Pierre Bonnard: The Late Interiors" was shown at the Metropolitan Museum of Art. Reviewing the exhibition for the magazine The New Republic, Jed Perl wrote:

"Bonnard is the most thoroughly idiosyncratic of all the great twentieth-century painters. What sustains him is not traditional ideas of pictorial structure and order, but rather some unique combination of visual taste, psychological insight, and poetic feeling. He also has a quality that might be characterized as perceptual wit—an instinct for what will work in a painting. ... Bonnard's wit has everything to do with the eccentric nature of his compositions. He finds it funny to sneak a figure into a corner, or have a cat staring out at the viewer. His metaphoric caprices have a comic edge, as when he turns a figure into a pattern in the wallpaper. And when he imagines a basket of fruit as a heap of emeralds and rubies and diamonds, he does so with the panache of a magician pulling a rabbit out of a hat."

A magician then as well as an artist.