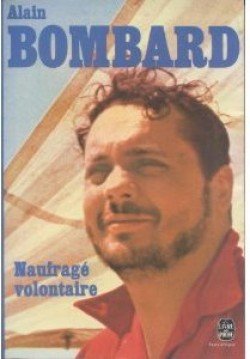 Alain Bombard (October 27, 1924 – July 19, 2005) was a French biologist, physician and politician famous for sailing across the Atlantic Ocean in a small boat.

On October 19, 1952 Bombard began his solitary trip, after visiting his newborn daughter in France, across the Atlantic for the West Indies.

He had sailed in the Atlantic Ocean solo before, from Tangier to Casablanca (August 13 – August 20), and from Casablanca to Las Palmas (August 24 – September 3), however the original plan was to sail across the Atlantic with a friend, English yachtsman Jack Palmer, with whom he sailed just before from Monaco to Minorca (May 25 – June 11), but Jack abandoned Alain in Tanger. Bombard sailed in a Zodiac inflatable boat called l'Hérétique, which was only 4.5 metres (15 ft) long, taking only a sextant and almost no provisions. 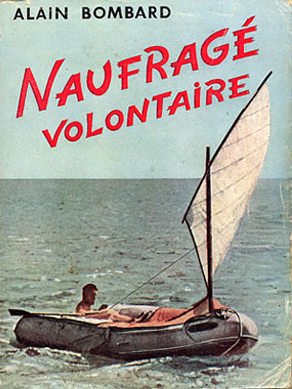 On the October 23, 4th day of the journey Bombard had to mend a torn sail, after the backup sail was blown away.

He also made a major navigation mistake which made him believe that he was sailing much faster than he actually was.

On the 53rd day of the journey he encountered a ship. The crew told him that he was still over a thousand kilometers short of his goal. However, after the ship's crew offered him a meal, Bombard decided to go on.

Bombard reached Barbados December 23, 1952 after 4,400 km of travel. He had lost 25 kg and was briefly hospitalized. He published a book about his trip entitled "Naufragé Volontaire" in 1953.

Bombard died in the southern French town of Toulon in 2005 at age 80.

Frenchman Alain Bombard, a doctor, was engaged in exploring unorthodox ways of extending the survival chances for those adrift at sea. In 1952, Bombard set off across the Atlantic in a 14-foot RIB (rigid inflatable boat or dinghy) equipped with a sail – but with no food or water. 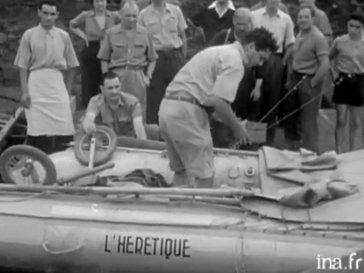 His book starts in 1951 when he estimated 200,000 people died at sea each year. Half perished when a disabled vessel struck the shore – ‘Fear the land, not the sea’ as a sailor’s maxim goes – but about a quarter died while adrift in life rafts, surrounded by water and potential food.

Bombard was convinced that as long as sharks, madness and weather didn’t finish you off, indefinite survival at sea was possible by drinking moderate amounts of sea water as well as the less saline juice pressed from a fish, and all supplemented by windfalls of rainwater. Fish could also be eaten raw or dried, while teaspoonfuls of plankton gathered in a fine net would address vitamin needs. ‘Lobster puree’ was how he initially described the taste of the seaborne slime which he later grew to loath. All that was missing from a balanced diet were carbohydrates, to which Bombard believed the human body could adapt.

The key was to start drinking seawater as soon as fresh water became unavailable and before becoming seriously dehydrated. 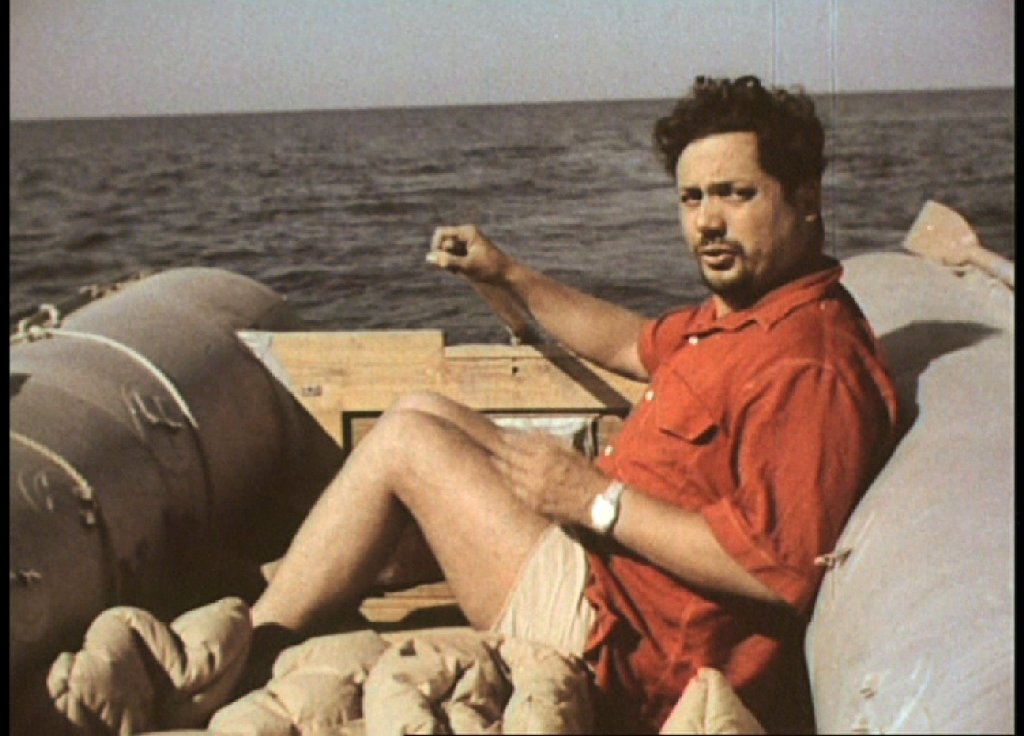 What does for many castaways is that once adrift and with all fresh water exhausted, it’s only in a state of acute desperation that they turn to sea water (or urine). Once severely dehydrated the kidneys can’t handle the toxins and an agonising death soon follows, supporting the seaman’s lore that drinking seawater was fatal. According to Bombard the key was to drink early but drink little.

With the aid of sponsors, benefactors as well as supporters in the field of oceanography, he used an early incarnation of what was to become the well-known and widely licensed Zodiac inflatable dinghy, christening his own craft L’Heretique (the Heretic) which demonstrates how he thought he was perceived. 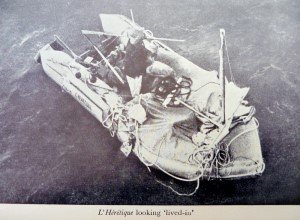 In 1952 he set off from Monaco for the Balearics with an English companion and experienced sailor, a journey not without privations at sea and which on land included a hostile press eager to exploit his drama while keen to catch him out. A small store of emergency food and water was officially sealed and placed in his boat and though he was at times desperate, it was never used by Bombard – partly because certainly in the mid-Atlantic he was at times throwing excess rainwater overboard and was never short of fish, despite what many had predicted. Shipping on from Ibiza to Tangiers for the Atlantic stage to the West Indies, he correctly interpreted his English companion’s dithering as a change of heart for what lay ahead and so set off alone, while later praising his companion’s valuable contribution.

And you can imagine the ordeal that followed. 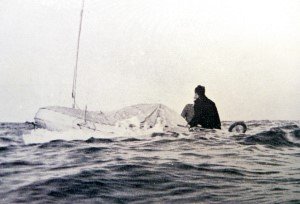 A fortnight or so to the Canaries – a dangerous stage for any small sail boat. And then over two agonising months across the Atlantic to Barbados where he arrived just before Christmas 1952, desperate to let his wife and new-born child know he was alive. Pushed along by irregular trade winds but travelling off the shipping lanes, he only encountered two vessels on the way. On one ship, the Arakaka, met less than a fortnight from completion, he succumbed to a regular meal that was offered, but following weeks of raw fish his starvation-hardened willpower went into a spin which he claimed very nearly finished him off.

At times it reads like a voyage in outer space, full of wonder as well as terrifying episodes: strange creatures, sound and lights, phosphorescence and a loyal escort of birds and dolphinfish or dorado (which also helped replenish the larder).

As well as his physical health, his mental state and morale were also closely scrutinised and well recorded, including his prolonged despair as land failed to materialise for weeks (most of the time his longitude was out by 10° or 600 miles). He demonstrated dogged defiance as storms swamped L’Heretique for hours on end.

He suffered the irrational conviction of being persecuted by inanimate objects – all exacerbated by the monotonous fare, incessant damp and interrupted sleep. 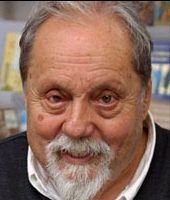 Reading the book I had a thought that perhaps Bombard had rediscovered a long-lost human ability or knowledge for surviving at sea. How else does one suppose people like the Polynesians colonised the Pacific, or humans got to Australia tens of thousands of years earlier and long after any land bridge? In fact his ideas had already been raised in the film of the Kon-Tiki voyage which had been released in 1950.

The Kon-Tiki film (on youtube in full) mentions extracting fish juice, eating plankton as well as mixing 40% sea water with fresh, but on reading Bombard’s book you still get the feeling he took it all a big step further, critically examining the full nutritional potential of living solely off the sea – and then having the guts to put his theory brutally to the test while learning a few hard lessons on the way.

Although long out of print, I found an original 1953 Andre Deutsch edition of The Bombard Story for a couple of quid on the web, impeccably translated it has to be said, by a chap called Brian Connell. 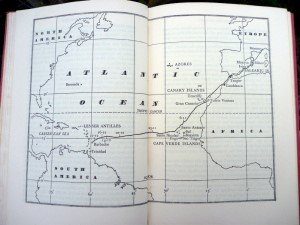