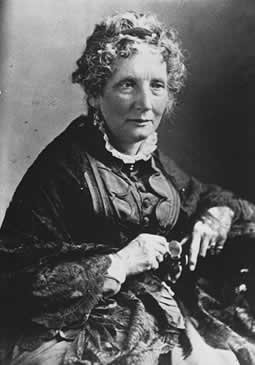 Harriet Beecher Stowe (1811 –1896) was an American civil rights campaigner and an author. She is perhaps best known for her novel Uncle Tom's Cabin (1852) , a depiction of life for African-Americans under slavery.  Both the book and the subsequent play were read or seen by millions of people in both the United States and United Kingdom. There it energised anti-slavery campaigners although predictably it caused widespread anger in the South of the USA.

She wrote more than 20 books, including novels, three travel memoirs, and collections of articles and letters. She was influential both for her writings and her public stands on social issues of the day.  I have used one – the Pearl of Orr’s island because it is a bit special.

Harriet was the daughter of the religious leader Lyman Beecher and Roxana Beecher , a deeply religious woman, who died when Harriet was only five years old.  Harriet studied at the seminary (girls' school) run by her sister Catharine, where she received an education in the classics, including study of languages and mathematics. In 1836 she married  Calvin Ellis Stowe, a widower and professor at the seminary. He was an ardent critic of slavery, and the Stowes supported the ‘Underground Railroad’, temporarily housing several fugitive slaves in their home. 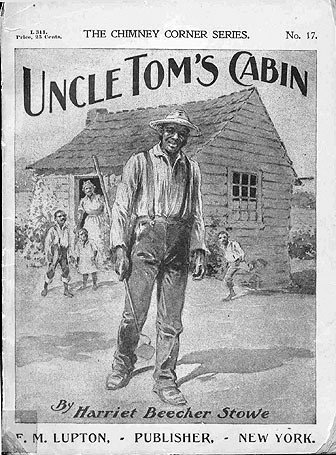 When this was outlawed, Harriet decided to act.  She wrote “I feel now that the time is come when even a woman or a child who can speak a word for freedom and humanity is bound to speak... I hope every woman who can write will not be silent.”

It is worth adding perhaps that her house in Hartford Connecticut, where she lived for the last 23 years of her life, was next door to the house of fellow author Mark Twain.

Harriet did not have ‘spiritual experiences’ of the sort that, for example, William Blake did, but she was without a doubt inspired throughout her life and showed extraordinary courage.  On visiting the president, Abraham Lincoln, it is said that he greeted her with the sentence "so you are the little woman who wrote the book that started this great war.”[Civil War].  This is only hearsay, but it underlines the effect her work probably had in mobilising the sentiments of the North against the South.  Many would simply say that it was her religion that provided the inspiration, but her books indicate not.  She may have been brought up by a religious family, but her father was a very outspoken man not at all the run of the mill religious leader.

No, something more was at work