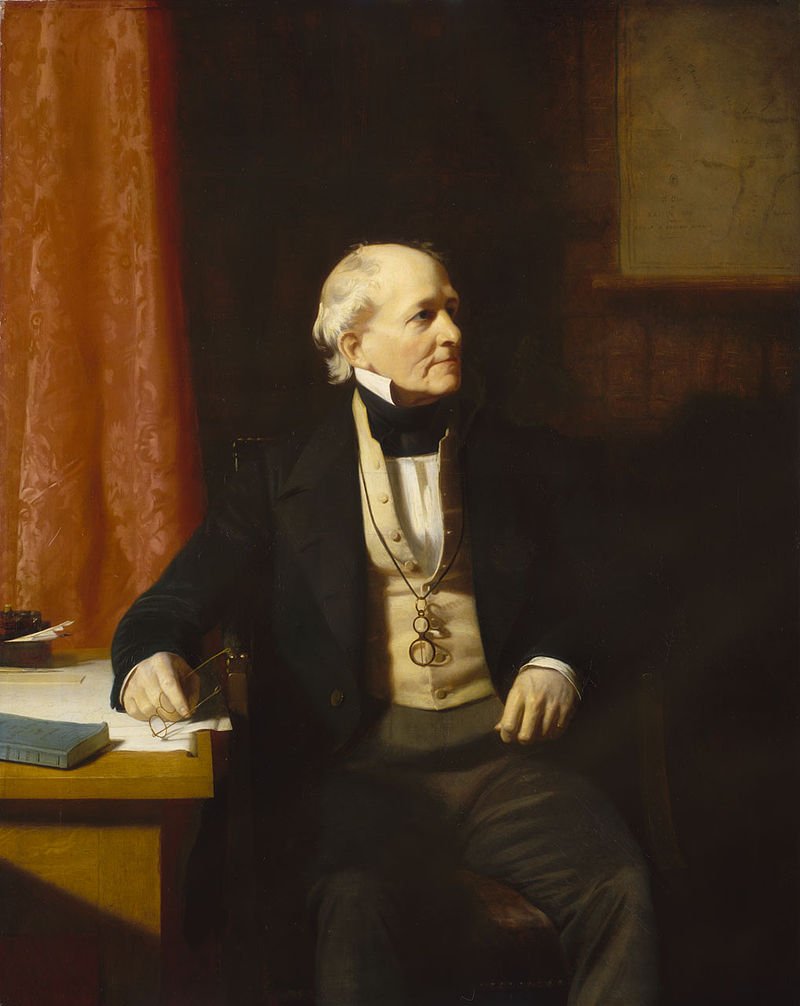 Beaufort was the creator of the Beaufort Scale for indicating wind force, but he was also a very prolific explorer and chart maker.

His friends included many of the greatest scientists and applied mathematicians of his time, including John Herschel, George Biddell Airy, and Charles Babbage.

In 1829, Beaufort was elected as a Fellow of the Royal Astronomical Society, and the British Admiralty Hydrographer of the Navy. Beaufort, like other patrons of exploration, had his name given to many geographical places, including the Beaufort Sea (arm of Arctic Ocean) and Beaufort Island, Antarctic. 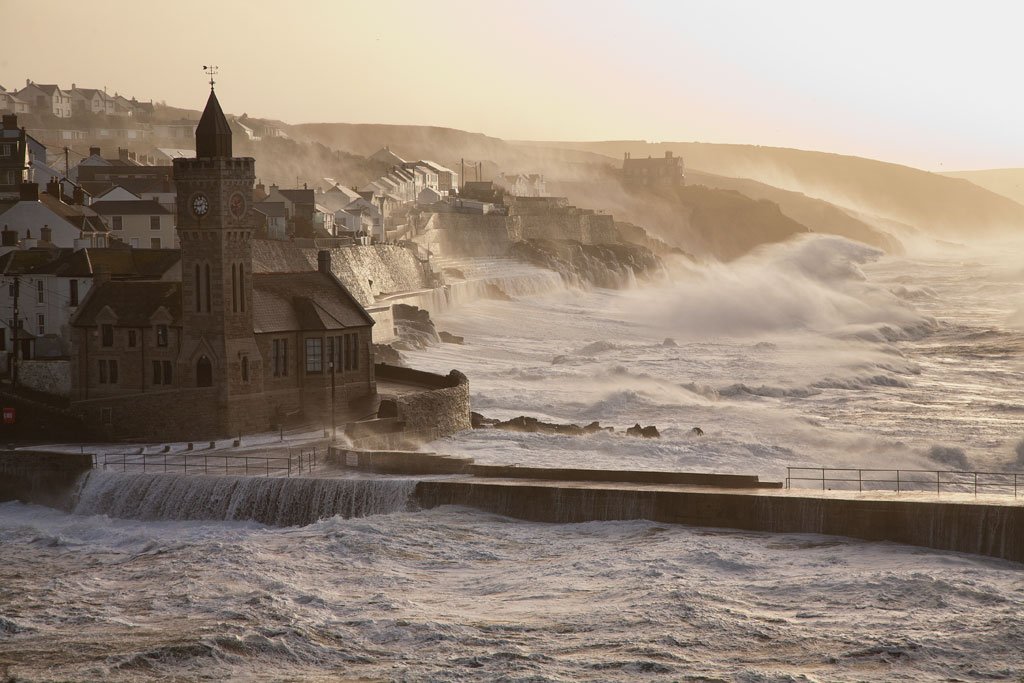 Beaufort had a near death experience and nearly drowned and this is our solitary observation.

But it is worth mentioning that his life was dedicated thereafter to the selfless pursuit of knowledge that would help his fellow man, whether it was the improvements in charts or the improvements in communications, Beaufort often asked no money for what he accomplished.

While recovering from horrific wounds, for example, [nineteen wounds in the head, arms, and body, three sword cuts and sixteen musket shots ]  Beaufort helped his brother-in-law Richard Lovell Edgeworth to construct a semaphore line from Dublin to Galway. He spent two years at this activity, for which he would accept no remuneration.

Similarly he refused to accept any payment for the manuscript 'Karamania ‘ on the ground that ‘the materials of the work were acquired in his majesty's service and in the execution of a public duty’, showing he was not just selfless, but honest as well.

He was for many years engaged in his own house in preparing the extensive Atlas published by the Society for the Diffusion of Useful Knowledge. For this labour of many years, to execute which he rose daily between five and six, he received no remuneration,…. 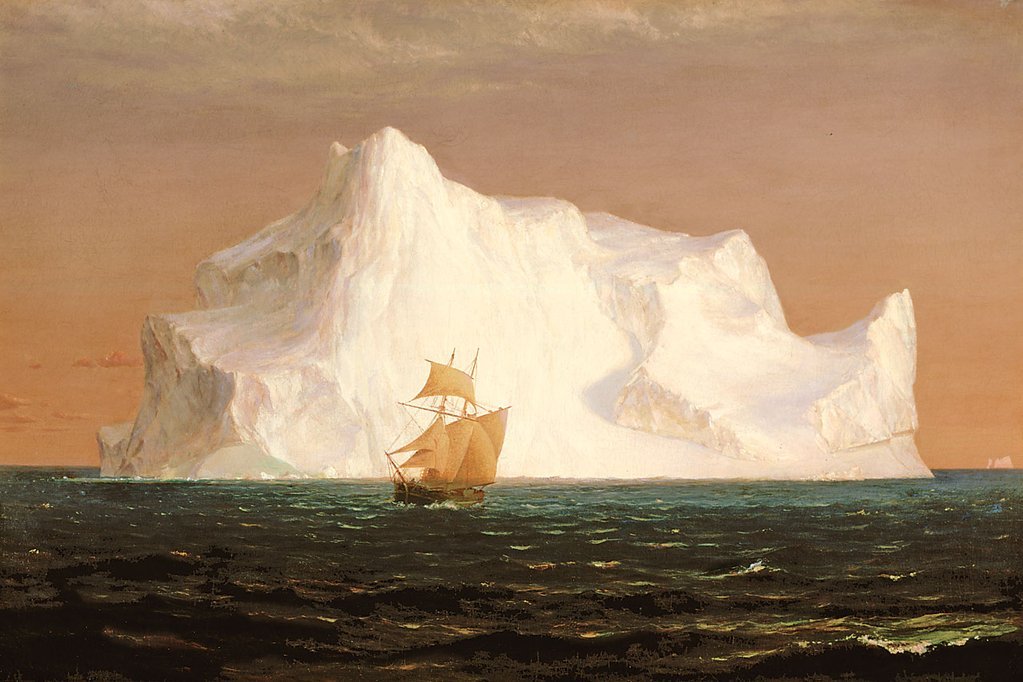 He also did a great deal to help fellow explorers and scientists.

As a council member of the Royal Society, the Royal Observatory, and the Royal Geographic Society (which he helped found), Beaufort used his position and prestige as a top administrator to act as a "middleman" for many scientists of his time. Beaufort represented the geographers, astronomers, oceanographers, geodesists, and meteorologists to that government agency, the Hydrographic Office, which could support their research.  Beaufort gave enthusiastic support to his friend, Sir George Airy, for example, the Astronomer Royal and noted mathematician, in achieving a historic period of measurements by the Greenwich and Good Hope observatories.

Furthermore, overcoming many objections, Beaufort obtained government support for the Antarctic voyage of 1839–1843 by James Clark Ross for extensive measurements of terrestrial magnetism, coordinated with similar measurements in Europe and Asia. (This is comparable to the International Geophysical Year of our time.)

Much that we take for granted today in the UK, we also owe to Beaufort.

And with his friend William Whewell, Beaufort gained the support of the Prime Minister, Duke of Wellington, in expanding record-keeping at 200 British Coast guard stations.

Navan is the location of some very impressive barrows and circles, so a site of some importance spiritually 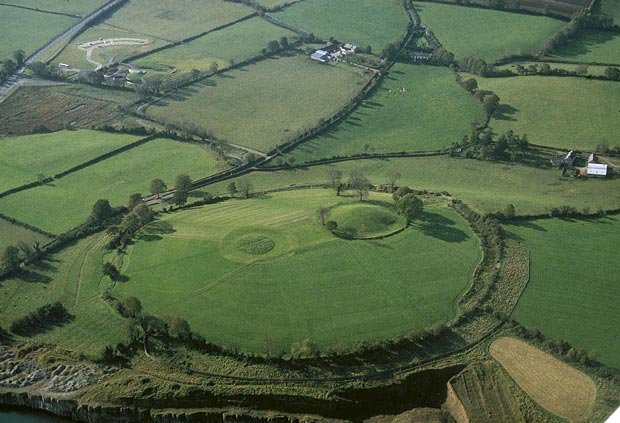 Francis Beaufort (Irish: Proinsias Lios an Phúca) was descended from French Protestant Huguenots, who fled the French Wars of Religion in the sixteenth century. His parents moved to Ireland from London.
His father, Rev. Daniel Augustus Beaufort rector of Navan, county Meath, was himself a topographer of some distinction, and a member of the learned Royal Irish Academy.
His mother Mary was the daughter and co-heiress of William Waller, of Allenstown House.
Francis was born at Navan on 27 May 1774. He had an older brother, William Louis Beaufort and two sisters, Frances and Harriet.  Francis grew up in Wales and Ireland until age fourteen. He then left school and went to sea, but continued to study and learn as part of his career and interest in both maps and exploration. 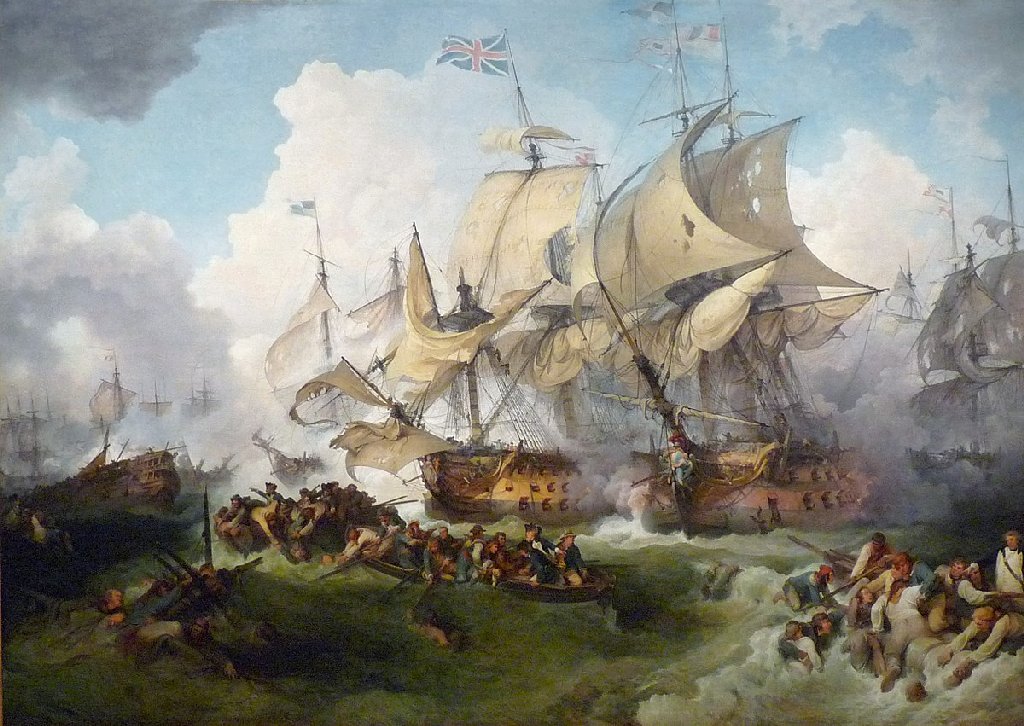 Beginning on a merchant ship of the British East India Company, Beaufort rose (during the Napoleonic Wars) to Midshipman, Lieutenant (on 10 May 1796) and Commander (on 13 November 1800).

Beaufort entered the navy in June 1787, under the care of Captain Hugh Cloberry Christian, on board the Colossus; during the Spanish armament of 1790 he was a midshipman of the Latona frigate, with Captain Albemarle Bertie, and was afterwards with the Hon. Robert Stopford, in the Aquilon, 32 guns, one of the repeating frigates in Lord Howe's action of 1 June 1794.
He followed Captain Stopford to the Phaeton, 38 guns, and in her he saw much active and splendid service, including Cornwallis's retreat, 17 June 1795, and the capture of the Flore, 36 guns, on 8 Sept. 1798.
Beaufort was made a lieutenant on 10 May 1796; and on 28 Oct. 1800, being then first lieutenant of the Phaeton, under Captain James Kicoll Morris, he commanded the boats of that ship when they cut out the Spanish ship, San Josef, of 26 guns, from under the guns of Fangerolle Castle, near Malaga; in this service he received nineteen wounds in the head, arms, and body, three sword cuts and sixteen musket shots, and dearly won his promotion to the rank of commander, which bore date 13 Nov., as well as a wound pension of 45l.


Beaufort returned to active service and was appointed a Captain on 30 May 1810 in the Royal Navy. The Admiralty gave Beaufort his first ship command, HMS Woolwich. 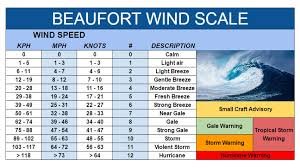 During the early years of command, Beaufort developed the first versions of his Wind Force Scale and Weather Notation coding, which he was to use in his journals for the remainder of his life.

It is still preserved by the general introduction of the scale of wind force, and the tabulated system of weather registration in common use both afloat and ashore. These expedients occurred to him when he was captain of the Woolwich, 1805, and wished to render the ship's log at once more concise and more comprehensive. 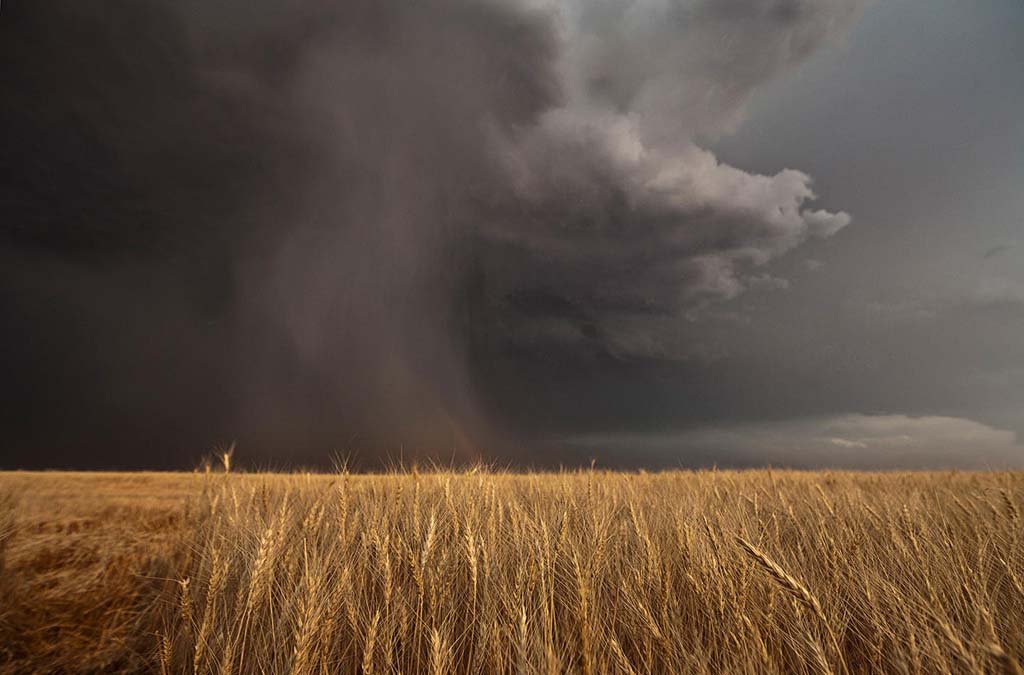 Beaufort’s father fired his son’s interest in charts and maps, creating and publishing a new map of Ireland in 1792.  But Beaufort’s lifelong keen awareness of the value of accurate charts for those risking the seas, was engendered when he was shipwrecked at the age of fifteen, due to a faulty chart.

Whereas other wartime officers sought leisurely pursuits, Beaufort spent his leisure time taking soundings and bearings, making astronomical observations to determine longitude and latitude, and measuring shorelines. His results were compiled in many new charts. 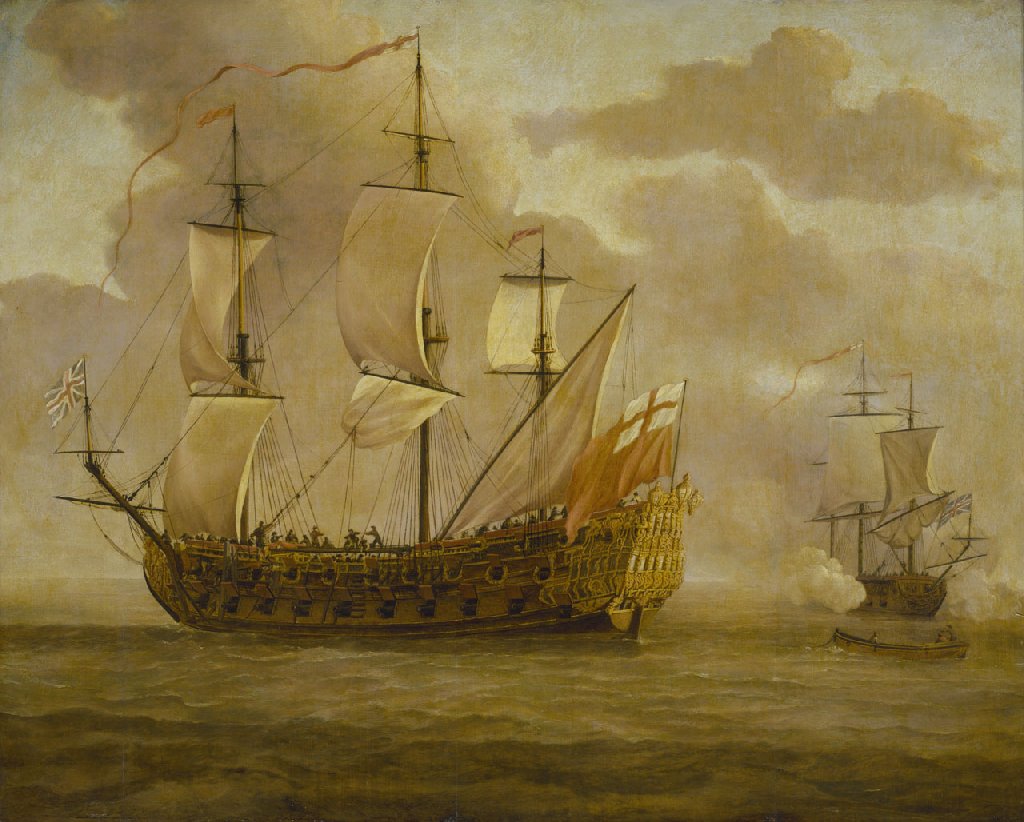 HMS Woolwich in a light breeze

Without his own ship, opportunities for preparing charts were limited to what could be achieved during missions, but once the Admiralty gave Beaufort his first ship command, HMS Woolwich, the Admiralty tasked him with conducting a hydrographic survey of the Rio de la Plata estuary in South America. Experts were very impressed by the survey Beaufort brought back. Notably, Alexander Dalrymple remarked in a note to the Admiralty in March 1808, that "we have few officers (indeed I do not know one) in our Service who have half his professional knowledge and ability, and in zeal and perseverance he cannot be excelled".

Throughout 1811–1812, Beaufort charted and explored southern Anatolia in the Frederickstein, locating many classical ruins.

During the two following years he was employed in the archipelago, principally in surveying the coast of Karamania, and incidentally in suppressing some of the most barbarous of the Mainote pirates. His work was brought to an untimely end by the attack of some Turkish fanatics on his boat's crew, 20 June 1812. Beaufort was badly wounded in the hip, and after months of danger and suffering at Malta was obliged to return to England, and the Frederiksteen was paid off on 29 Oct. The account of this survey and exploration he afterwards published in an interesting volume entitled 'Karamania, or a brief description of the South Coast of Asia Minor, and of the Remains of Antiquity' (8vo, 1817); and, it is said, refused to accept any payment for the manuscript on the ground that the materials of the work were acquired in his majesty's service and in the execution of a public duty. For many years after his return to England he was engaged in constructing the charts of his survey, with his own hand, and the charts were engraved directly from his drawings, as sent in to the Hydrographic Office. 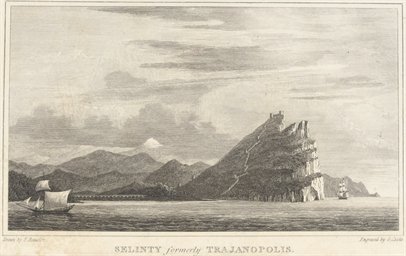 Beaufort served as the British Admiralty Hydrographer of the Navy for over 25 years. He converted what had been a minor chart repository into the “finest surveying and charting institution in the world”. Some of the excellent charts the Office produced are still in use today.

During his tenure, he took over the administration of the great astronomical observatories at Greenwich, England, and the Cape of Good Hope, Africa. Beaufort also directed some of the major maritime explorations and experiments of that period.

For eight years, he directed the Arctic Council during its search for the explorer, Sir John Franklin, who was lost during his last polar voyage to search for the legendary Northwest Passage.

Beaufort trained Robert FitzRoy, who was put in temporary command of the survey ship HMS Beagle after her previous captain committed suicide. When FitzRoy was reappointed as Commander for what became the famous second voyage of the Beagle, he requested of Beaufort "that a well-educated and scientific gentleman be sought" as a companion on the voyage. Beaufort's enquiries led to an invitation to Charles Darwin, who later drew on his discoveries in formulating the theory of evolution he presented in his book The Origin of Species.

Beaufort's extant correspondence of 200+ letters and journals contained portions written in personal cipher. Beaufort altered the Vigenère cipher, by reversing the cipher alphabet, and the resulting variant is called the Beaufort cipher. 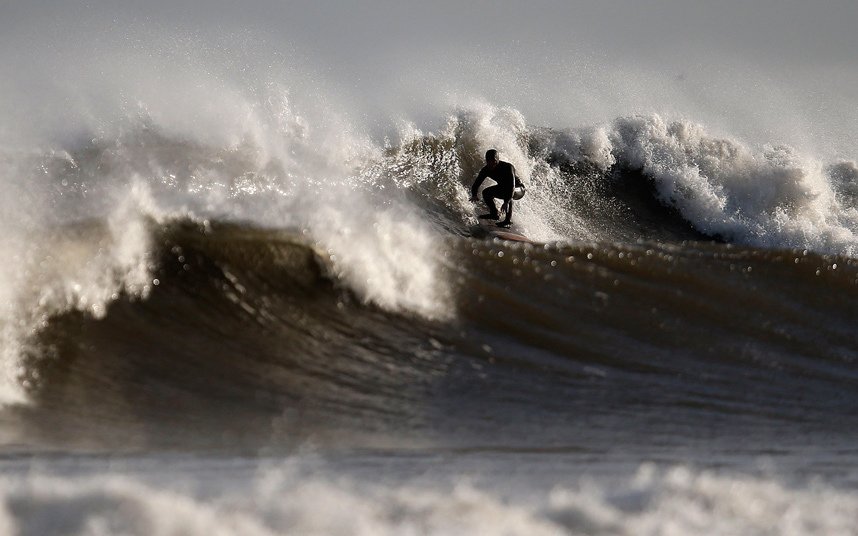 Beaufort married Alicia Magdalena Wilson in 1815 and had two children.   His wife died on August 27, 1834 and he married again in 1838, to Honora Edgeworth.

Beaufort retired from the Royal Navy with the rank of Rear Admiral on 1 October 1846, at the age of 72. He became "Sir Francis Beaufort" on being appointed KCB (Knight Commander of the Bath) on 29 April 1848, a relatively belated honorific considering the eminence of his position from 1829 onward.

He died on 17 December 1857, at age 83 in Hove, Sussex, England. He is buried in the church gardens of St John at Hackney, London, where his tomb may still be seen. His home in London, No. 51 Manchester Street, Westminster, is marked by an historic blue plaque noting his residency and achievements. 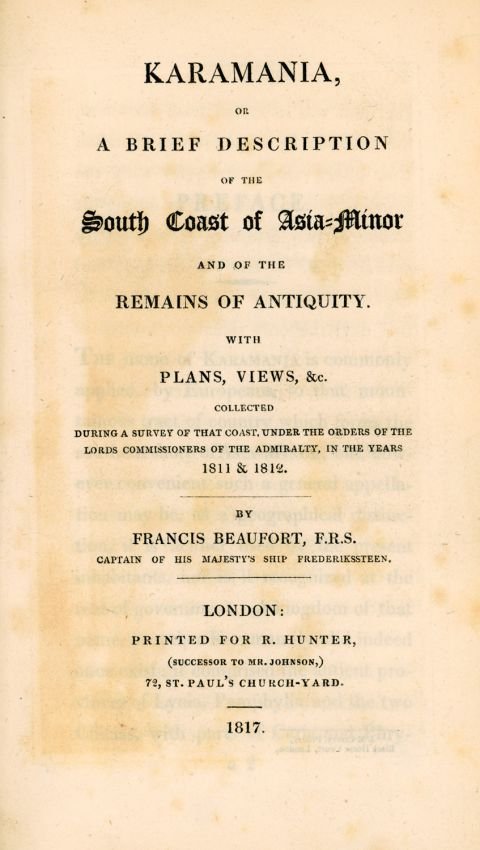 As his scientific work was solely in connection with his office; though a fellow of the Royal Society, his name as an author does not appear in the 'Philosophical Transactions,' and the only papers attributed to him in the 'Royal Society Catalogue' are: