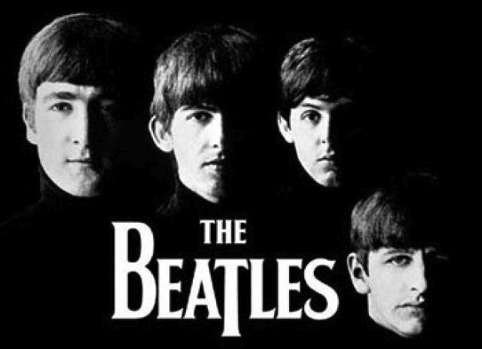 The Beatles were an English rock band formed in Liverpool in 1960. Their lineup consisted of John Lennon, Paul McCartney, George Harrison, and Ringo Starr.

According to the RIAA, the Beatles are the best-selling band in the United States, with 177 million certified units. They have had more number-one albums on the British charts and sold more singles in the UK than any other act.

As of 2013, they hold the record for most number-one hits on the Hot 100 chart with 20. They have received 7 Grammy Awards, an Academy Award for Best Original Song Score and 15 Ivor Novello Awards.

The Beatles are also the best-selling band in history, with EMI Records estimating sales of over one billion units. In 2004, Rolling Stone ranked the Beatles as the best artist of all-time

The Beatles songs are marked by the use of very original melodies and after a while some extremely symbolic lyrics. Early lyrics concentrate on love, lost love and unrequited love – in fact a lot of love – which probably reflected the preoccupation of the band members and the fans at the time. But from round about 1965 things take a sudden change – a strangely spiritual change, with symbolism, oblique references to the spiritual path and some extraordinary glimpses into what were probably spiritual experiences.

From 1965 until 1970 when the band broke up, the Beatles produced what many critics consider their finest and their most spiritual material, including the innovative and widely influential albums Rubber Soul (1965), Revolver (1966), Sgt Pepper's Lonely Hearts Club Band (1967), The Beatles (1968), Let it be (released in 1970 but recorded in 1969) and Abbey Road (1969). These years are marked by three main things:

Lennon-McCartney partnership - first, it is worth noting that the partnership was extremely synergistic

“My contribution to Paul's songs was always to add a little bluesy edge to them. Otherwise, y'know, [songs like] Michelle are straight ballads, right? He provided a lightness, and optimism, while I would always go for the sadness, the discords, the bluesy notes” [John Lennon, 1980 All We Are Saying, David Sheff]

A few other interesting and relevant little snippets.

Paul McCartney - is left handed.   One of Rubber Soul's most memorable songs was Michelle. The song was one of McCartney's oldest, having been started around 1959, when he was 17. He composed the tune on his first ever guitar, a Zenith and this is what he says.
"It was OK as a first guitar. Being left handed, I would play it upside down. Everyone else had right-handed guitars, but I learnt some chords my way up: A, D and E - which was all you needed in those days. I started writing songs, because now I could play and sing at the same time..."

George Harrison  - George's Mum was from a Catholic family with Irish roots and was particularly supportive of him and his musical talent: "All she wanted for her children is that they should be happy”. And “An enthusiastic music fan, she was known among friends for her loud singing voice, which at times startled visitors by rattling the Harrisons' windows. While pregnant with George, she often listened to the weekly broadcast Radio India. ....Every Sunday she tuned in to mystical sounds evoked by sitars and tablas, hoping that the exotic music would bring peace and calm to the baby in the womb”

Ringo Starr -  Ringo [Richard Starkey] is also left handed.  He benefited greatly from not going to school. He developed appendicitis when he was 6 and then contracted peritonitis, causing him to fall into a coma that lasted for three days. His recovery spanned twelve months, which he spent in hospital. Upon his discharge in May 1948, his mother allowed him to stay home, causing him to miss school. He also regularly played truant once he went back to school. Most of his education was supplied by his 'surrogate sister and neighbour, Marie Maguire Crawford'. In 1953, he contracted tuberculosis and was admitted to a sanatorium, where he remained for two years. During his stay he joined the hospital band, leading to his first exposure to a percussion instrument. And he never looked back.

John Lennon - the influences on John can be seen in a separate entry on this site.

Brian Epstein  - Brian was Jewish, came from a wealthy business family, attended boarding school and was homosexual. Epstein had to keep the fact he was gay a secret throughout his public life, as the practice of homosexuality was still a criminal offence in England and Wales until the year of his death. He also took drugs. Epstein publicly stood behind two members of British parliament for a campaign to legalise cannabis. But he developed dependencies on amphetamines and the sleeping pill Carbitral.

His influence on the Beatles was partly one of sheer loyalty, enthusiasm, support and constant hard work on their behalf. He was a mentor to them and a friend. But, he had other influences on the Beatles too. Lennon and McCartney tried LSD [see Lennon's own entry on the site to see how they first became acquainted with the drug] but they tried other things including cannabis, as a consequence of Brian's influence and 'supply chains'. You need money for drugs and Brian had money.

Sir George Henry Martin  - George Martin was not just a record producer and arranger, but a composer and musician in his own right. Most of the Beatles' orchestral arrangements and instrumentation (as well as frequent keyboard parts on the early records) were written or performed by Martin. It was Martin's idea to put a string quartet on "Yesterday". "Penny Lane", which featured a piccolo trumpet solo, was created after McCartney hummed the melody he wanted, and Martin notated it for David Mason, the classically trained trumpeter. In a sense therefore, Martin at the time was part of the band, a creative member of it.

“The overwhelming consensus is that the Beatles created at the time rich, sustained, and overflowing works of collaborative genius whose bold ambition and startling originality dramatically enlarged the possibilities and raised the expectations of what the experience of listening to popular music on record could be. On the basis of this perception, Sgt. Pepper, for example, became the catalyst for an explosion ... that would revolutionize both the aesthetics and the economics of the record business in ways that far outstripped the earlier pop explosions triggered by the Elvis phenomenon of 1956 and the Beatlemania phenomenon of 1963”.

On 25 June 1970, the Beatles performed their forthcoming single, "All You Need Is Love", to an estimated 350 million viewers on Our World, the first live global television link. Released a week later during the Summer of Love, the song was adopted as a flower power anthem.

On 25 August they travelled to Bangor for a Transcendental Meditation retreat with Maharishi Mahesh Yogi. Two days later, their manager's assistant Peter Brown phoned to inform them that Epstein had died. The coroner ruled the death an accidental carbitol overdose, though it was widely rumoured a suicide. Epstein had been in a fragile emotional state, stressed by personal issues and concern that the band might not renew his management contract, due to expire in October, over discontent with his supervision of business matters.

His death left the group disorientated and fearful about the future. Lennon recalled, "We collapsed. I knew that we were in trouble then. I didn't really have any misconceptions about our ability to do anything other than play music, and I was scared. I thought, We've had it now."

And he was right. Not long afterwards the Beatles split up and went their separate ways. They each enjoyed successful musical careers, but nothing since has quite matched the quality and intensely spiritual output of this short period.

Lennon was shot and killed in December 1980, and Harrison died of lung cancer in November 2001. McCartney and Starr remain 'musically active'.