Amedeo Clemente Modigliani [July 12, 1884 – January 24, 1920];  was an Italian painter and sculptor who worked mainly in France. He is perhaps best known for paintings and sculptures in style characterized 'by mask-like faces and elongation of form'. He died in Paris of tubercular meningitis. 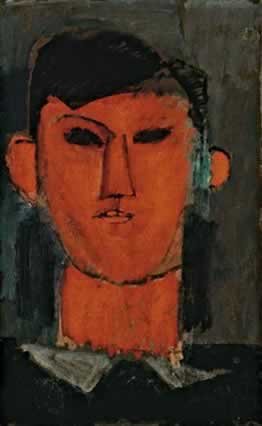 From the time of his arrival in Paris, Modigliani consciously cultivated his reputation of hopeless drunk and voracious drug user. But this was all a charade.  His escalating intake of drugs and alcohol was the means by which Modigliani masked his tuberculosis from his acquaintances, few of whom knew of his condition.

Tuberculosis—the leading cause of death in France by 1900—was highly communicable, there was no cure, and those who had it were feared, ostracized, and pitied.

Modigliani thrived on friendship and company, and in order that he did not become isolated as an invalid, he sought to suppress his coughing bouts and any other recognizable signs of the disease by using drink and drugs to self-medicate, to serve as palliatives to ease his physical pain, and to help him maintain a facade of vitality.

Modigliani's use of drink and drugs intensified from about 1914 onward. After years of remission and recurrence, this was the period when the symptoms of his tuberculosis worsened, signaling that the disease had reached an advanced stage.

In 1920, after not hearing from him for several days, his downstairs neighbour checked on the family and found Modigliani in bed delirious and holding onto Hébuterne, his lover, who was nearly nine months pregnant. They summoned a doctor, but little could be done because Modigliani was in the final stage of dying of tubercular meningitis.

Modigliani died on January 24, 1920. There was an enormous funeral, attended by many from the artistic communities in Montmartre and Montparnasse.  Hébuterne was taken to her parents' home, where, inconsolable, she threw herself out of a fifth-floor window, a day after Modigliani's death, killing herself and her unborn child. Modigliani was interred in Père Lachaise Cemetery. Hébuterne was buried at the Cimetière de Bagneux near Paris, and it was not until 1930 that her embittered family allowed her body to be moved to rest beside Modigliani. A single tombstone honors them both. His epitaph reads: "Struck down by Death at the moment of glory." Hers reads: "Devoted companion to the extreme sacrifice." 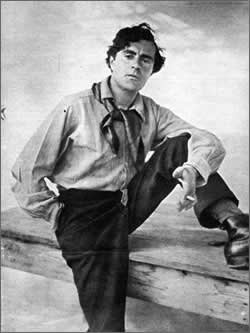 There is no doubt that the tuberculosis did have a profound effect on his work, but Modigliani was also left handed - the photo shows him holding cigarettes with his left hand. 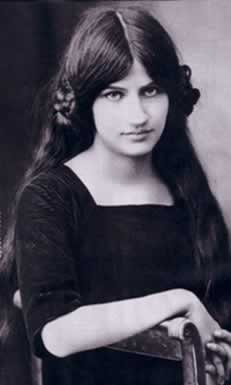 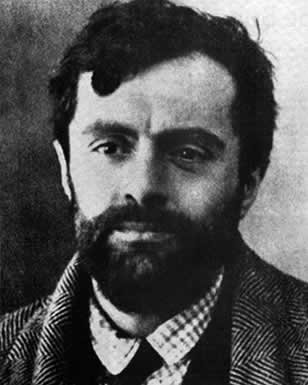 Wikipaintings now has a very good gallery of his paintings - see the LINK.  What should be obvious from this gallery is that Modigliani liked painting people and you only paint people if you like people.  And he captures the essence of who they were extremely well.  He also liked women - like Klimt.  A lot. Like Klimt.

There is practically no complex symbolism in his paintings because that was not the point of them.  There is only one symbol being used in all his paintings - the mask.

The elongation is trying to capture the nature of spirit beings when seen in visions - they are often extremely elongated in shape.  In effect what he was saying is 'behind the mask lies a spirit being'.