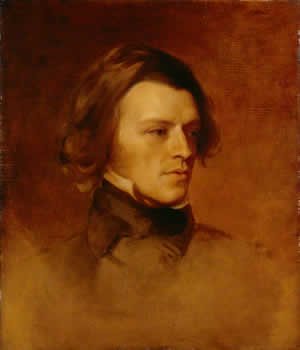 Tennyson wrote a number of phrases that have become commonplaces of the English language, including:

‘nature red in tooth and claw",

"better to have loved and lost",

"Theirs not to reason why, / Theirs but to do and die",

and "My strength is as the strength of ten, / Because my heart is pure".

He is the second most frequently quoted writer in The Oxford Dictionary of Quotations, after Shakespeare.

Tennyson used a wide range of subject matter, ranging from medieval legends to classical myths and from domestic situations to observations of nature, as source material for his poetry.

The influence of John Keats and other Romantic poets published before and during his childhood is evident from the richness of his imagery and descriptive writing.

He also handled rhythm masterfully. The insistent beat of Break, Break, Break emphasizes the sadness and relentlessness of the subject matter. Tennyson's use of the musical qualities of words to emphasize his rhythms and meanings is sensitive. The language of "I come from haunts of coot and hern" lilts and ripples like the brook in the poem.

Tennyson published his first solo collection of poems, Poems Chiefly Lyrical in 1830. "Claribel" and "Mariana", which later took their place among Tennyson's most celebrated poems, were included in this volume. Although decried by some critics as oversentimental, his verse soon proved popular and brought Tennyson to the attention of well-known writers of the day, including Samuel Taylor Coleridge.

In 1833, Tennyson published his second book of poetry, which included his well-known poem, The Lady of Shallott. The volume met heavy criticism, which so discouraged Tennyson that he did not publish again for 10 more years, although he continued to write. 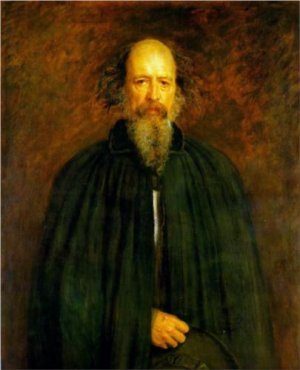 Tennyson's poetry describing his tormented soul established him as the greatest poet of his day. The focus of his suffering was the grief he could not assuage over the death of his beloved friend Arthur Hallam, whom he met while an undergraduate.

The men formed a relationship of such intensity that the word 'love' is barely adequate to describe it. When Hallam died suddenly in 1833, Tennyson was devastated, but it inspired him to produce a body of poetry that has come to be seen as among the world's finest and best poems.

In 1842, while living modestly in London, Tennyson published two volumes of Poems, the first of which included works already published and the second of which was made up almost entirely of new poems. They met with immediate success. 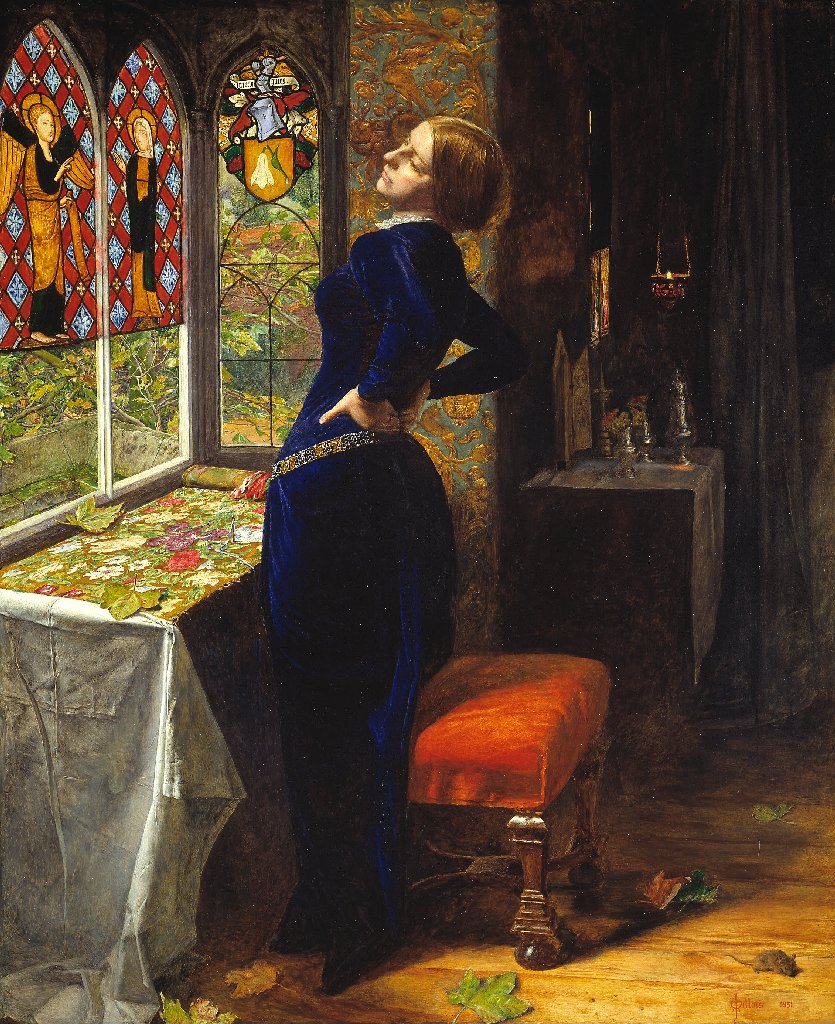 On Hallam’s death, Tennyson entered a state of mourning and melancholia which was to last for 20 years, resolved finally by the completion of his masterpiece ‘In Memoriam A.H.H.’ , a long poem detailing the 'voyage of his soul', as the poet himself described it, from despair to resignation and acceptance.

Tennyson's love for Hallam has remained until recent decades critically sacrosanct, the ideal friendship, a relationship of platonic perfection. This was partly the result of the prudery of academic scholars, but also because all the letters to Hallam from Tennyson were burned by Hallam's father immediately after his son's death, and Hallam Tennyson - Tennyson's eldest son and his literary executor, destroyed many more letters after his father's death. 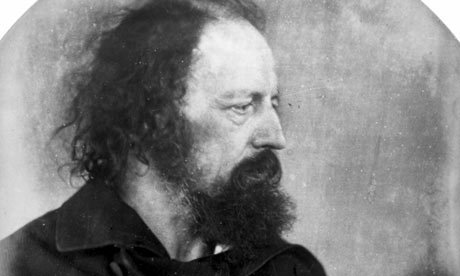 In Memoriam was viewed as "a metaphysical poem laden with symbolic and allegorical meaning". And it is indeed a very spiritual poem and it does use extensive symbolism.

Only since the reprinting of his early poems, have critics begun to re-examine the nature of Tennyson's love for Hallam. Now it seems clear that their relationship was both passionate and romantic, though ‘it is doubtful that it was ever consummated’.

Tennyson's love for Hallam, was also unselfconscious, free from remorse or guilt or a sense of the illicit. To the end of his days, and literally on his deathbed, Tennyson would proclaim that the greatest love of his life, the love that 'surpassed the love of women', was Hallam.

In 1850, Tennyson was appointed Poet Laureate in succession to William Wordsworth.  He held the position of Poet Laureate from 1850 until his death, turning out appropriate but often mediocre verse. 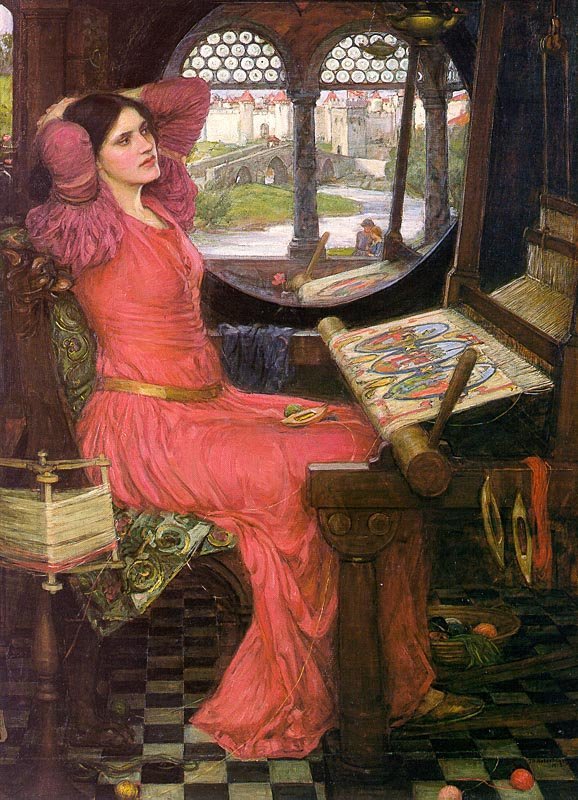 The Lady of Shalott. John William Waterhouse,
I Am Half-Sick of Shadows, said the Lady of
Shallott  1916

Towards the end of his life Tennyson revealed that his "religious beliefs  defied convention, leaning towards ‘agnosticism and pandeism’".

Famously, he wrote in In Memoriam: "There lives more faith in honest doubt, believe me, than in half the creeds."

In "Locksley Hall Sixty Years After," Tennyson wrote: "Christian love among the churches look'd the twin of heathen hate."

In his play, Becket, he wrote: "We are self-uncertain creatures, and we may, Yea, even when we know not, mix our spites and private hates with our defence of Heaven."

His son's biography confirms that Tennyson was not Christian in the institutionalised sense, noting that Tennyson praised Giordano Bruno and Spinoza on his deathbed, saying of Bruno: "His view of God is in some ways mine." 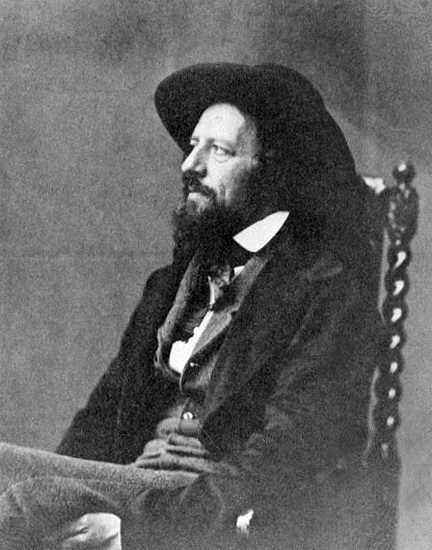 The difficulty he, and many like him, always have in discussing their beliefs with those brought up in conventional society, is that unless the person writing their autobiography or questioning them has any understanding of spiritual concepts, nothing of what they try to explain will ever be understood.  Tennyson recorded his beliefs in his poems and every poem - not just In Memoriam is full of symbolism and spiritual significance.

I had considerable difficulty deciding whether to classify Tennyson as a mystic or not, but no one seems to recognise him as one, as such I worried that by classifying him as a mystic, no one would have found him on the site.

To the world, Tennyson is a poet.  But then so were many mystics.   Tennyson is thus far better classified as a mystic poet.  The following quote shows to what extent his spiritual experiences had extended :

All at once, as it were, out of the intensity of the conscious of individuality, the individuality itself seemed to dissolve and fade away into boundless being: and this is not a confused state, but the clearest of the clearest, the surest of the surest, the weirdest of the weirdest, utterly beyond word – where death was an almost laughable impossibility – the loss of  personality [if so it were] seemed no extinction, but the only one true life.  I am ashamed of my own feeble description.

Tennyson didn't know necessarily what one called his experiences, but he attained many of the highest to which one can attain.  The above is a description of Annihilation.