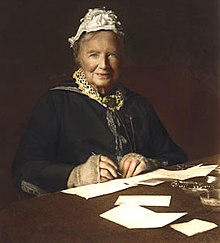 Priscilla Hannah Peckover (27 October 1833 – 8 September 1931) was an English Quaker, pacifist and linguist. On 20th November, 1877 Peckover was recorded a minister of the Society of Friends.

The PECKOVER family of Wisbech is famous in Cambridgeshire. They were a Quaker banking family who lent their support to many local institutions and were instrumental in founding, and subsequently funding, several of them.

Priscilla became involved in the pacifist movement in her forties. She founded the Wisbech Local Peace Association, was active at a national level with the Peace Society and worked with pacifist groups in several other countries. She funded and edited the journal Peace and Goodwill: a Sequel to the Olive Leaf for almost fifty years, and funded publication of an Esperanto version of the Bible. 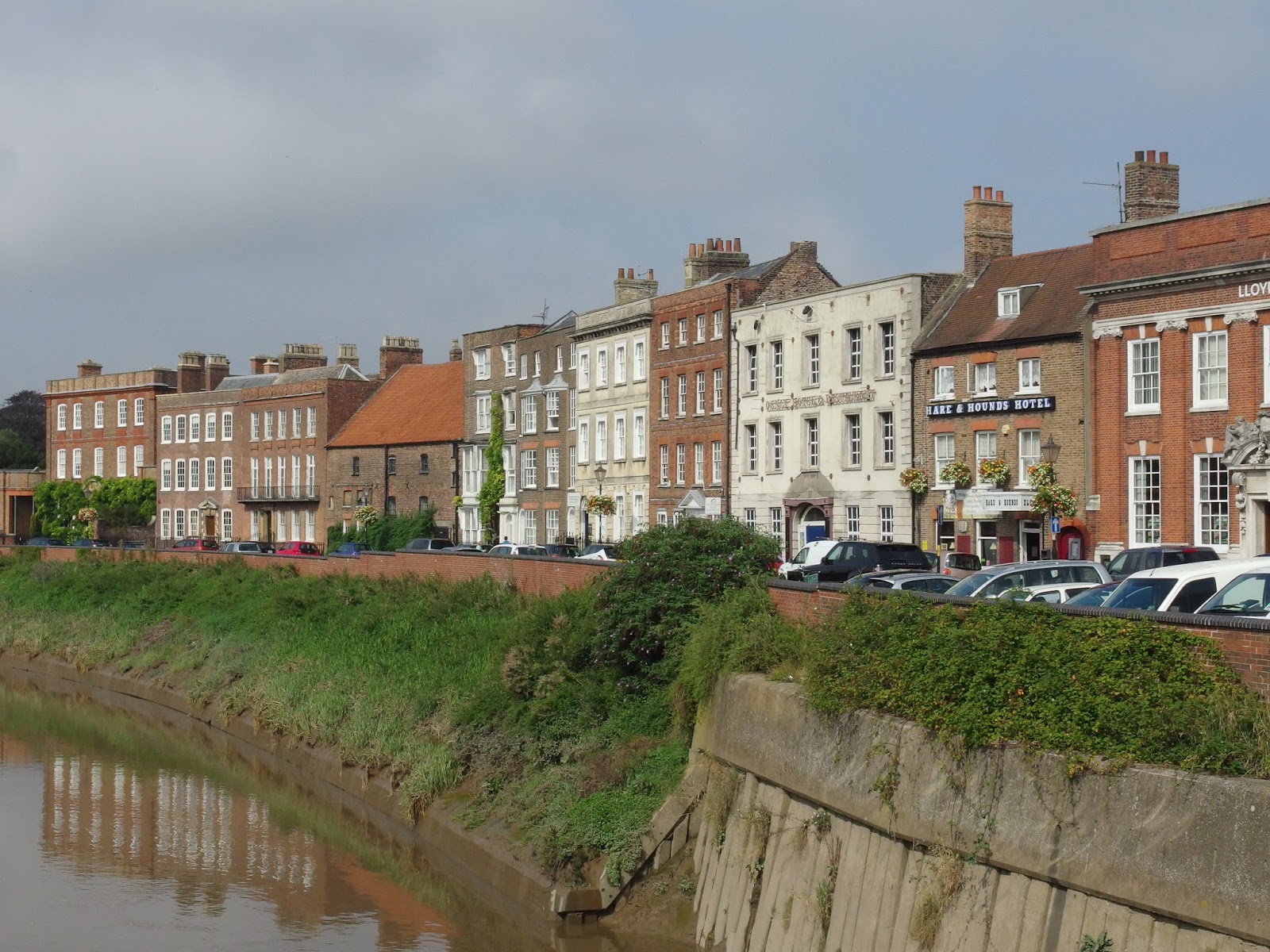 She was nominated for the Nobel Peace Prize on four occasions .

The Peckover family and Barclays Bank

Priscilla Hannah Peckover was born in Wisbech, Isle of Ely [see above], Cambridgeshire. She was the third of eight children and a sister to Alexander Peckover, 1st Baron Peckover (1830–1919).  Her family were already known as philanthropists. She devoted herself initially to raising her three nieces after her brother Alexander's wife Eliza died in 1862.  Alexander Peckover took command of the Peckover family's substantial banking interests in the mid-1800s from his aging father.  He became the wealthiest of all the Peckovers and in 1893 was named to the largely ceremonial post of Lord Lieutenant of Cambridgeshire, a title he held until 1906.

Alexander was the first Quaker in British history to hold such an exalted post. From the time of Cromwell, or perhaps earlier, the Lord Lieutenant of a county was the commander of the local militia, traditionally responsible for mustering militiamen for service in times of crisis. A Lord Lieutenant was -- and still is -- required to escort visiting members of the Royal Family, in uniform. Alexander obtained a special dispensation to do his escorting in civvies [civilian clothes – the Quakers are pacifists]. 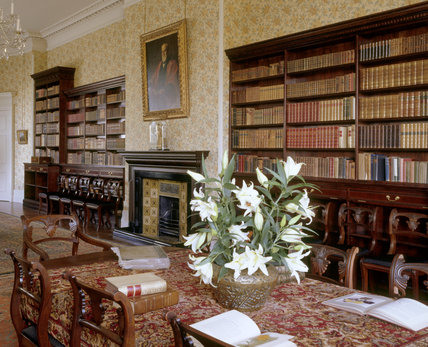 Alexander gradually refurbished his house -  Bank House in Wisbech - and added a library that became the repository for one of the largest private literary collections ever assembled in Britain. The Peckover banking interests eventually became one of the cornerstones of what is now Barclays Bank. 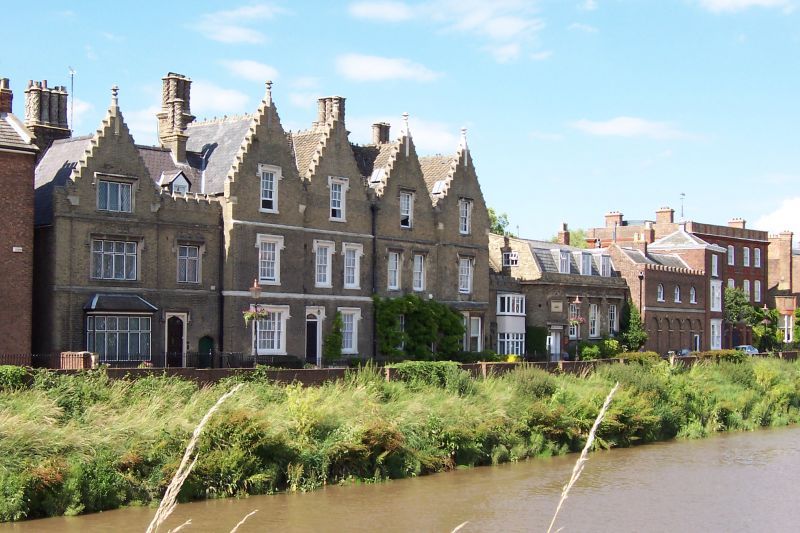 Once Alexander’s children were old enough to look after themselves, Priscilla Peckover, who was by that time in her forties, began to actively participate in the peace and reform movements.

She moved to Wisteria House in Wisbech, her home for the rest of her life.

In 1878 she learned of E.M. Southey's work with the Women's Peace and Arbitration Auxiliary of the Peace Society. 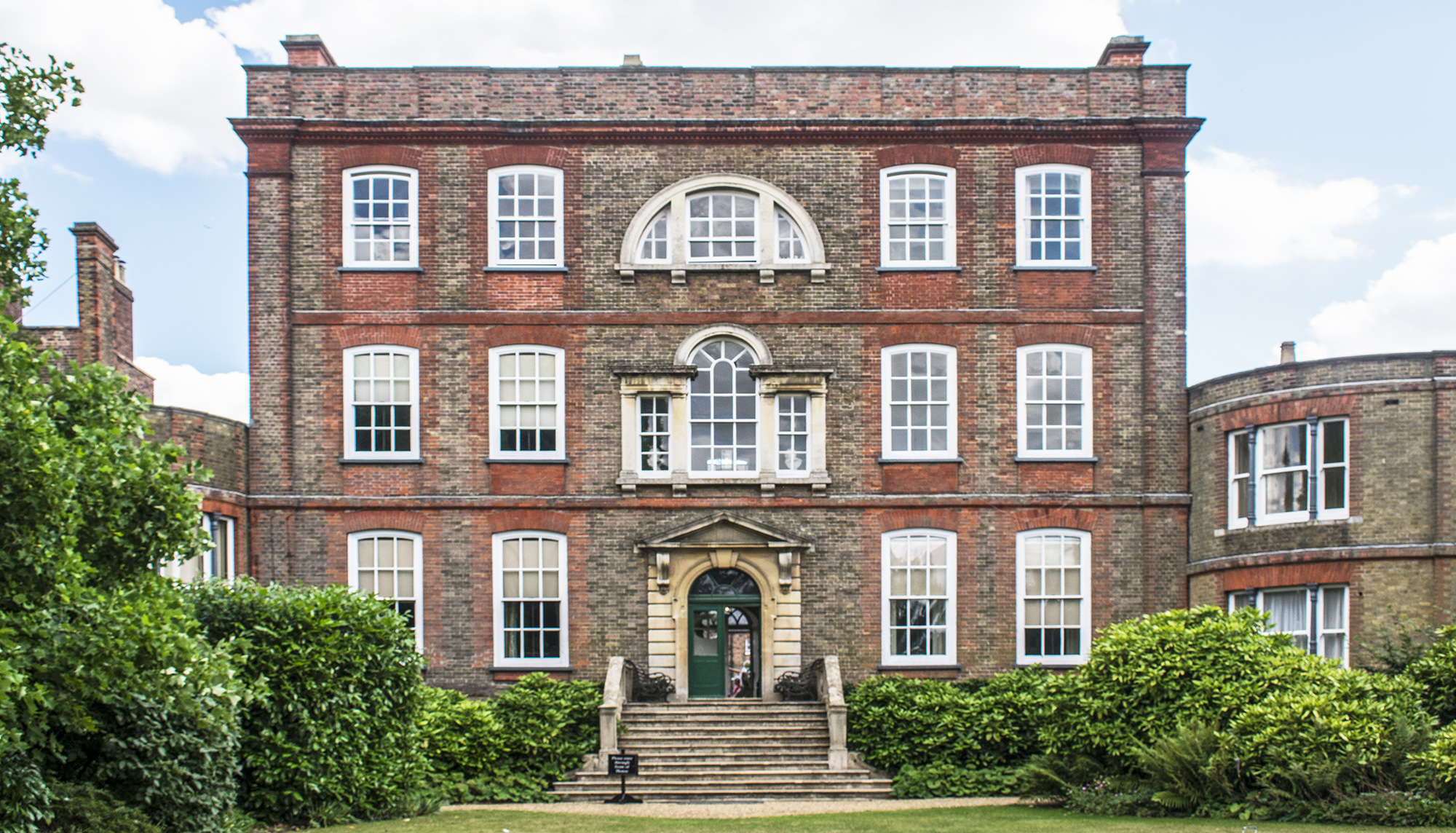 Peckover was indignant when she learned that only 200 women belonged to the organization, “It seemed a disgrace that only two hundred women could be found who believed in peace”.  Instead of waiting for members to join, she canvassed from house to house, putting together a Christian /Quaker declaration,
"I believe all war to be contrary to the mind of Christ ... and am desirous to do what I can to further the cause of Peace", to be signed by "women of all ranks", asking for signatories to the declaration, with a one penny subscription.  The result was the formation of the Wisbech Local Peace Association (WLPA) in 1879. [Peckover's declaration was later translated into French, German, Polish and Russian.] 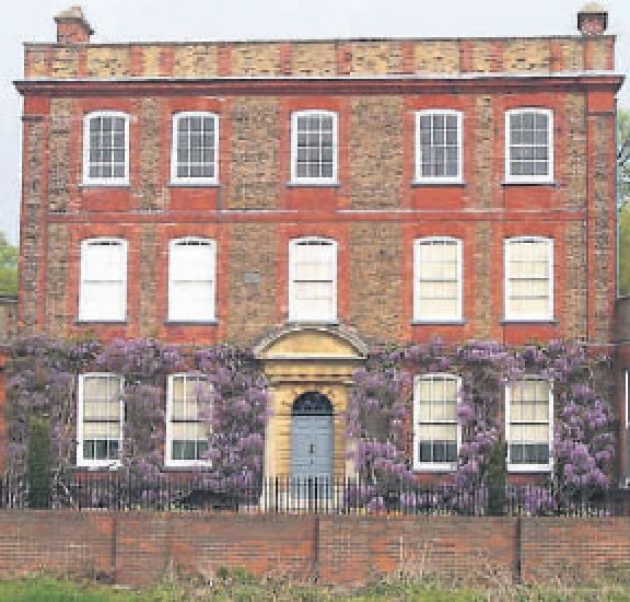 Priscilla proved to be an extremely effective organizer at the grass roots level. The WLPA had 6,000 members after ten years. In 1888, she converted her group into a "Local Peace Association Auxiliary" as a sign that she was wanting to expand and in the end there were LPA branches all over the world.

"The Truest Form of Patriotism": Pacifist Feminism in Britain, 1870-1902 - By Heloise Brown

Priscilla Peckover is an example of how co-operation works, especially when we look at the mass movements she generated : the Local Peace Associations.  …...  In contrast to the Peace Society’s approach, which was often both defensive and to some extent uncooperative, Priscilla Peckover [used] more collaborative and conciliatory methods, …..using compromise  and co-operation instead of the Peace Society’s tendency towards threats and obstruction….. 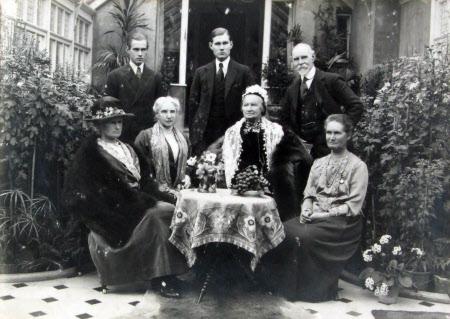 The focus on those with the political power of the ballot [women did not have the vote] meant that women were neglected both as suitable targets for peace propaganda and as valid workers within the Peace society.  Peckover worked within the peace movement rather than the feminist movement and indeed was careful to distance herself and her work from it.  She was a Quaker and an absolute pacifist, yet she managed to work with non absolutist organisations far more effectively than did the Peace Society

During the 1880s, the Ladies' Peace Association was very active, and claimed 9,217 members by the summer of 1885, of which 4,000 belonged to Peckover's Wisbech group. In 1889, she was invited to join the executive committee of the Peace Society. Instead, she became one of the society's vice-presidents. 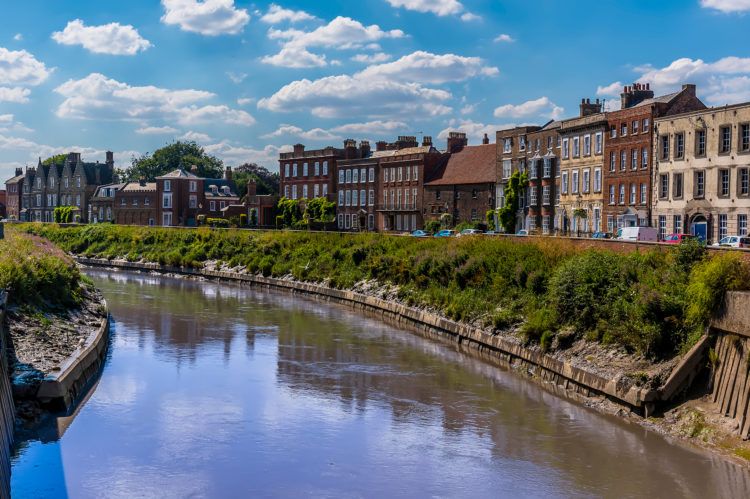 Priscilla Hannah Peckover ….. carried on the family's strong Quaker traditions. … and devoted much of her life to the peace movement, even through the First World War. She believed that every person had a duty to perform in consolidating public opinion against war.
In 1878 she formed the Wisbech Peace Association to promote the development of women working for peace. This group of men and women, eventually growing from hundreds to thousands, became a centre for peace activity.
They concentrated on establishing peace by means of negotiation, arbitration and disarmament.
To further mutual understanding and internationalism the association published many tracts of short moral tales and worked with peace organizations in other countries.
…. they were joined by a Baptist congregation in the north of France and by a group of German Baptists at Wiesbaden. Priscilla Peckover also contacted groups in Scandinavia, Italy, Switzerland, Spain, and Denmark. 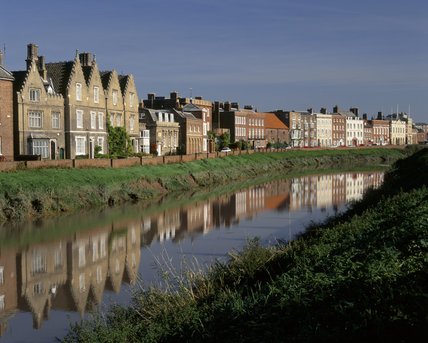 I think we need to reflect on this achievement.  At a time when women were being treated as servants, denied an education, denied a vote and usually denied a voice when men were gathered together, Priscilla managed to grow an organisation that was world-wide and influential enough to merit a nomination of a Nobel Prize.

As of 2018, Nobel Prizes have been awarded to 853 men and just 51 women.  Few recognise the very particular genius of women, which is to get things done by co-operation and persuasion and not the imposition of power.

And Priscilla too did it not by being strident or claiming women’s ‘rights’ or special status, but by showing she was capable, competent, reasonable, rational and far more effective than the men.

If anything she was probably far more instrumental in getting women the vote than any hysterical feminist.  She would probably have regarded the strident male hating women of today as the biggest opposition to her cause.

Peckover became handicapped with rheumatism at the start of the 20th century. For the last thirty years of her life she did not travel much and spent most of her time on her journal and the WLPA.  During World War I (1914–18) she continued to support the pacifist cause and was a signature of the Open Christmas Letter in 1914.

Below:  Not 'glamorous', not 'sexy', not playing any race, sex or religious card, not seeking sponsors, a life of dedication and sacrifice, just using the gifts she had to help other people.  Priscilla had no power, but she showed that money, when used responsibly, can make a positive difference. 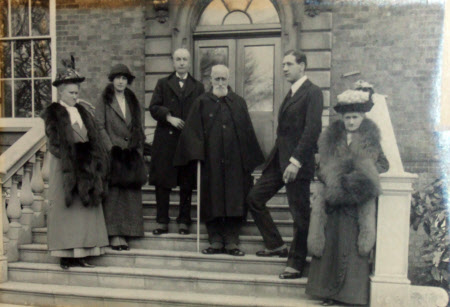