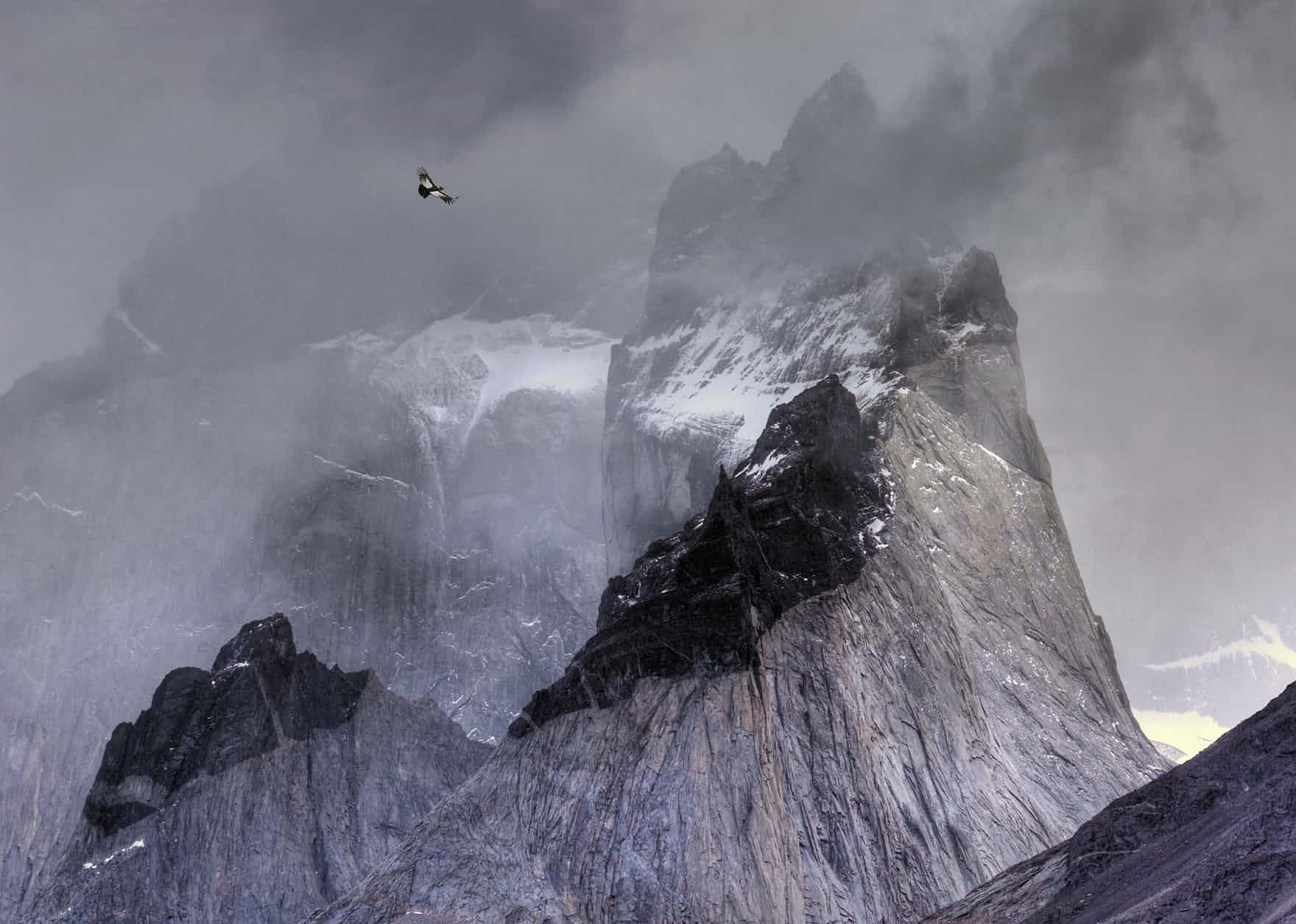 Paganism was the very first mystic or spiritual movement, and from it evolved all the other mystic movements described on the site.  The belief system of the Ancestors was Pagan, the Norse were Pagan, the Picts were, the Celts were, even the Inca and Maya were Pagan.

The use of the term Pagan is not applied strictly these days.  It is often used by people following the three Biblical religions to describe people who have other beliefs [so meaning ‘not one of us’].  It is also used to group people with no spiritual or even religious beliefs at all.  Many are materialistic some are just dunderheads with their heads buried in mobile phones or computers, obsessed with their own theories and unable to see anything.  Stupid people.  Unobservant people.  But not Pagans. 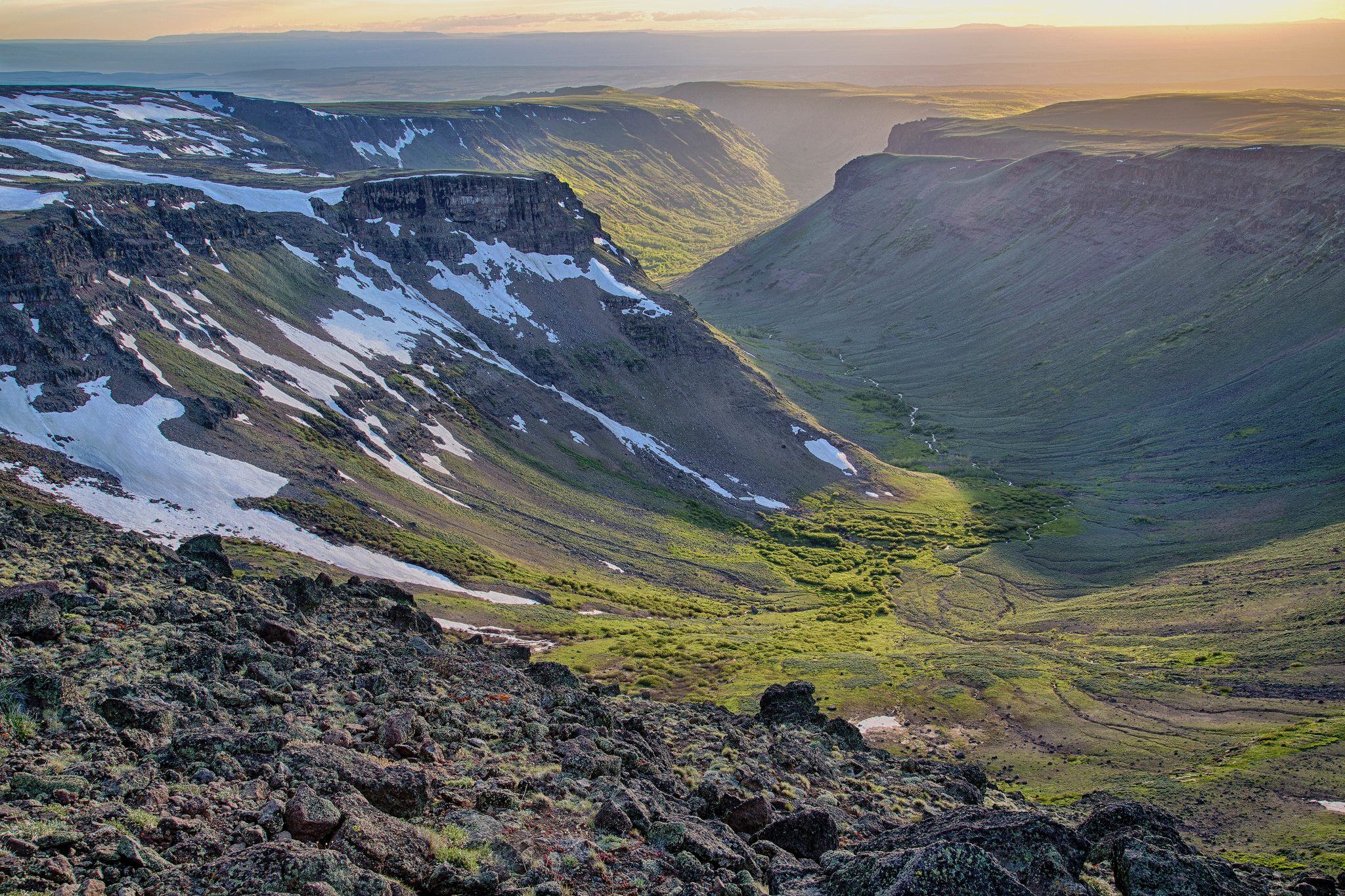 Pagans were the first really deeply spiritual people, people who managed to escape the daily grind of sheer fear and survival at all costs, to wonder at the world. They were the most correct of anyone.

Pagans then and now are deeply aware of the natural world and see the power of the divine in everything.  They see the world animated by spirit. Japanese Shinto, for example describes the animating spirit [program] as 'kami'.  Everything has kami, because even inanimate objects do something - rocks erode, for example.

If we were only all Pagans, [at least], we wouldn't be in the mess we are now, because we would be working with Nature and not against her. 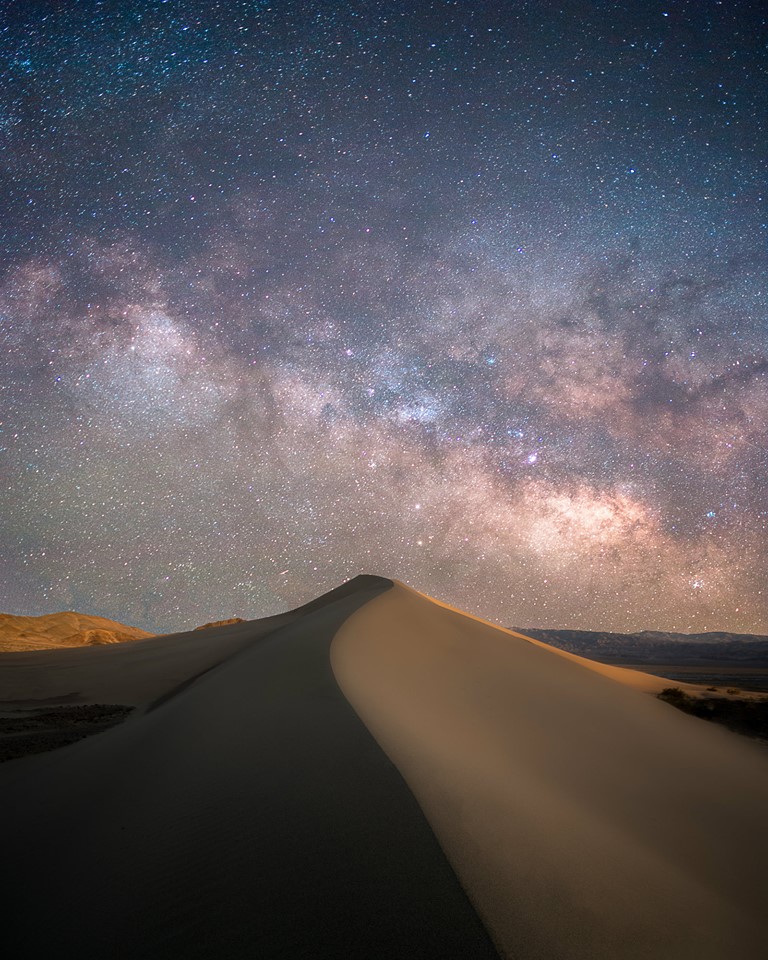 Thomas Carlyle delivered a series of lectures entitled On Heroes and Hero-Worship, which became a highly sought after book.  One which is still in print.  His first lecture in the series was about Paganism.

The first Pagan Thinker among rude men, the first man that began to think, was ………… simple, open as a child, yet with the depth and strength of a man. Nature had as yet no name to him; he had not yet united under a name the infinite variety of sights, sounds, shapes and motions, which we now collectively name Universe, Nature, or the like,—and so with a name dismiss it from us.
To the wild deep-hearted man all was yet new, not veiled under names or formulas; it stood naked, flashing in on him there, beautiful, awful, unspeakable. Nature was to this man, what to the Thinker and Prophet it forever is, preternatural. This green flowery rock-built earth, the trees, the mountains, rivers, many-sounding seas;—that great deep sea of azure that swims overhead; the winds sweeping through it; the black cloud fashioning itself together, now pouring out fire, now hail and rain; what is it?
Ay, what? 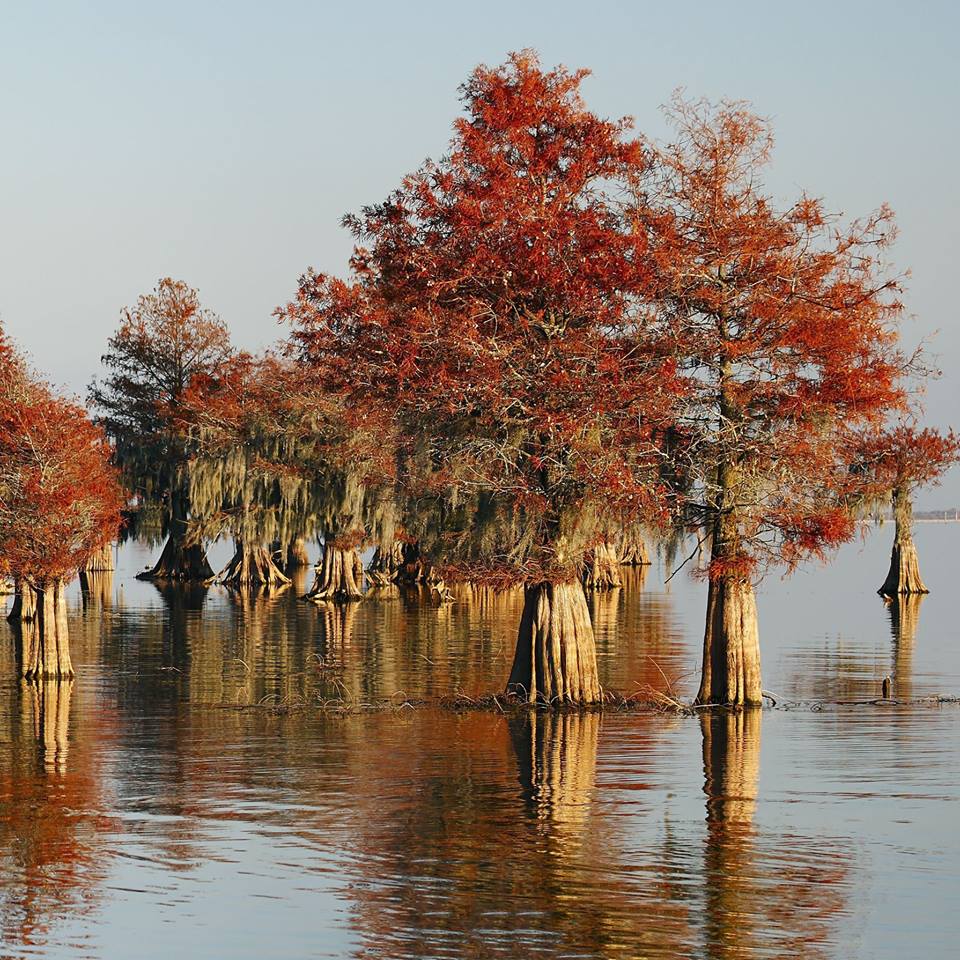 At bottom we do not yet know; we can never know at all. It is not by our superior insight that we escape the difficulty; it is by our superior levity, our inattention, our want of insight. It is by not thinking that we cease to wonder at it.
Hardened round us, encasing wholly every notion we form, is a wrappage of traditions, hearsays, mere words. We call that fire of the black thunder-cloud "electricity," and lecture learnedly about it, and grind the like of it out of glass and silk: but what is it? What made it? Whence comes it? Whither goes it? Science has done much for us; but it is a poor science that would hide from us the great deep sacred infinitude of Nescience, whither we can never penetrate, on which all science swims as a mere superficial film. This world, after all our science and sciences, is still a miracle; wonderful, inscrutable, magical and more, to whosoever will think of it…………………………….

That great mystery of TIME, were there no other; the illimitable, silent, never-resting thing called Time, rolling, rushing on, swift, silent, like an all-embracing ocean-tide, on which we and all the Universe swim like exhalations, like apparitions which are, and then are not: this is forever very literally a miracle; a thing to strike us dumb,—for we have no word to speak about it.

…………..to the Atheistic Thinker, if such a one were possible, it must be a miracle too, this huge illimitable whirlwind of Force, which envelops us here; never-resting whirlwind, high as Immensity, old as Eternity.
What is it? God's Creation, the religious people answer; it is the Almighty God's!
Atheistic science babbles poorly of it, with scientific nomenclatures, experiments and what not, as if it were a poor dead thing, to be bottled up in Leyden jars and sold over counters: but the natural sense of man, in all times, if he will honestly apply his sense, proclaims it to be a living thing,—ah, an unspeakable, godlike thing; towards which the best attitude for us, after never so much science, is awe, devout prostration and humility of soul; worship if not in words, then in silence. 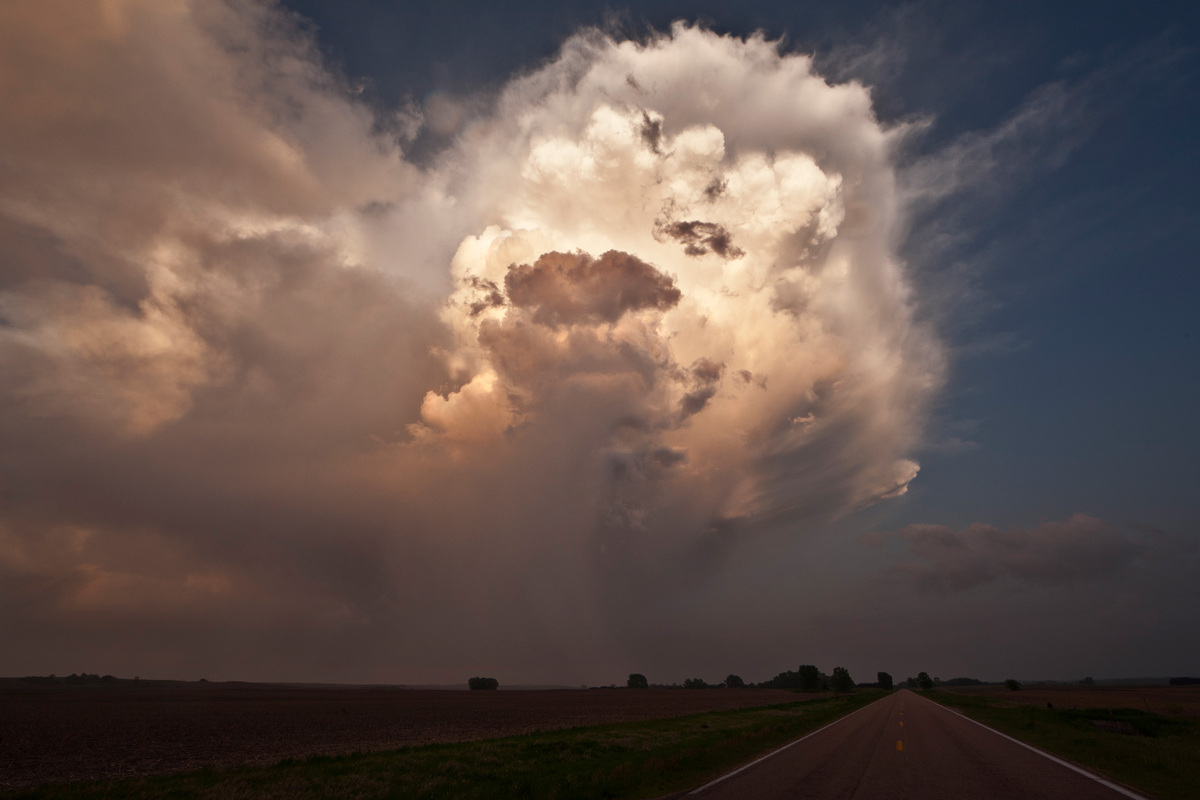 But now I remark farther: What in such a time as ours it requires a Prophet or Poet to teach us, namely, the stripping-off of those poor undevout wrappages, nomenclatures and scientific hearsays,—this, the ancient earnest soul, as yet unencumbered with these things, did for itself. The world, which is now divine only to the gifted, was then divine to whosoever would turn his eye upon it. He stood bare before it face to face. "All was Godlike or God:"………….

Cannot we understand how these men worshipped ……? Such is to me the secret of all forms of Paganism. Worship is transcendent wonder; wonder for which there is now no limit or measure; that is worship. To these primeval men, all things and everything they saw exist beside them were an emblem of the Godlike, of some God.

And look what perennial fibre of truth was in that. To us also, through every star, through every blade of grass, is not a God made visible, if we will open our minds and eyes? We do not worship in that way now: but is it not reckoned still a merit, proof of what we call a "poetic nature," that we recognize how every object has a divine beauty in it; how every object still verily is "a window through which we may look into Infinitude itself"?

He that can discern the loveliness of things, we call him Poet! Painter, Man of Genius, gifted, lovable. These poor Pagans did even what he does,—in their own fashion. That they did it, in what fashion soever, was a merit: better than what the entirely stupid man does now,—namely, nothing!

The terrible destructive effect of materialism and scientism 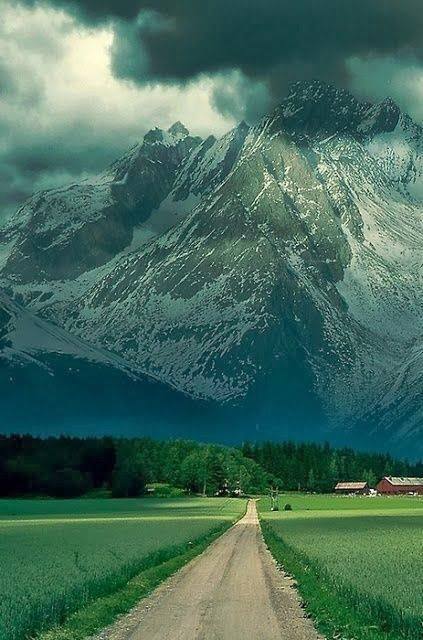 When Thomas Carlyle delivered his lectures , he ordered them so that they  traced the evolution of man’s thought from Paganism to  the Heroism of the gods, prophets and men of letters.  But he described this ascent of man in terms of a step ladder in progress, not a destruction of previous ideas, but the building of new ideas on the foundations of the old.  Only in the last 200 or so years do we appear to have decided to destroy the entire step ladder and start again at the bottom, for believe me that is where we are.

If we are to survive at all, we have to build on the old Pagan values and understanding.

The young generations of the world, who had in them the freshness of young children, and yet the depth of earnest men, who did not think that they had finished off all things in Heaven and Earth by merely giving them scientific names, but had to gaze direct at them there, with awe and wonder: they felt better what of divinity is in man and Nature; they, without being mad, could worship Nature, ……. 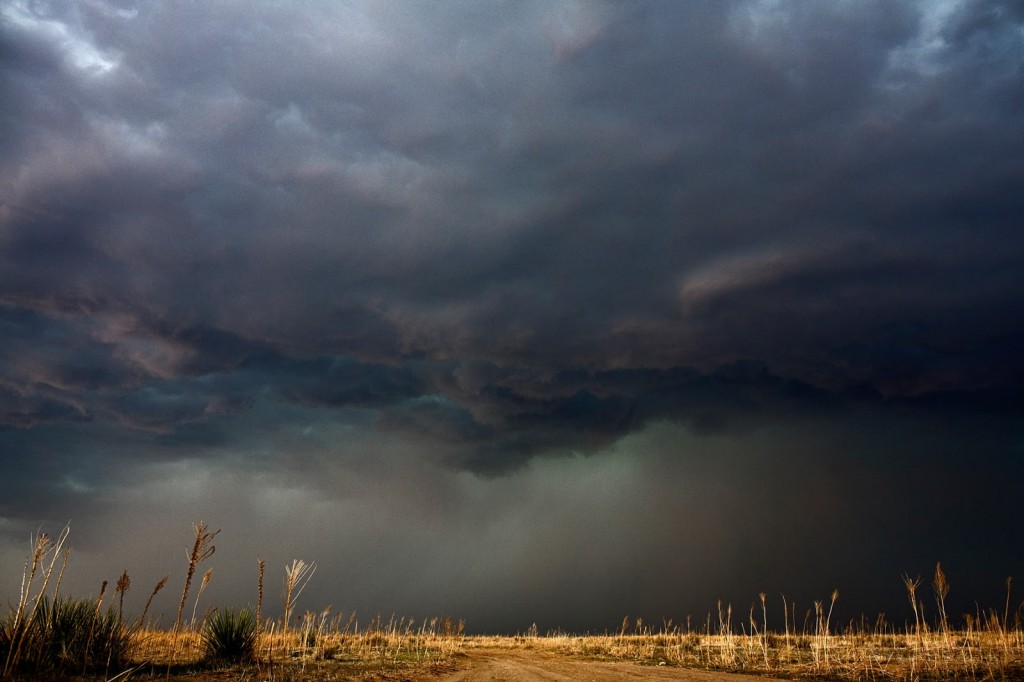 Religion sprang out of Paganism.  Although the fanatics and the ignorant attempted to destroy many of the Pagan beliefs and understanding, Paganism and later religions are not actually at odds with one another.

The addition of a moral creed -  which boils down to 'don't hurt' explained and expanded -  is just an extra layer - a necessary layer, but it has to be based on a foundation of Paganism to make any sense.

Paganism is not incompatible with any of the moralising religions – the law makers such as Jesus or Buddha.  One can be a devout Pagan, but also follow Jesus's moral code.  Tibetan Buddhism is based on a Pagan base layer on which Buddhist moral codes have been built and they undoubtedly achieve the same thing.  Japanese Buddhism is layered over Shinto, and so we can continue.  The Universe is an organised designed system, programmed to behave in an extraordinarily integrated way.  But this belief does not exclude the necessity for us having a set of laws and ethical and moral codes by which we co-exist with this creation and each other.  It is not either/or; it is AND.