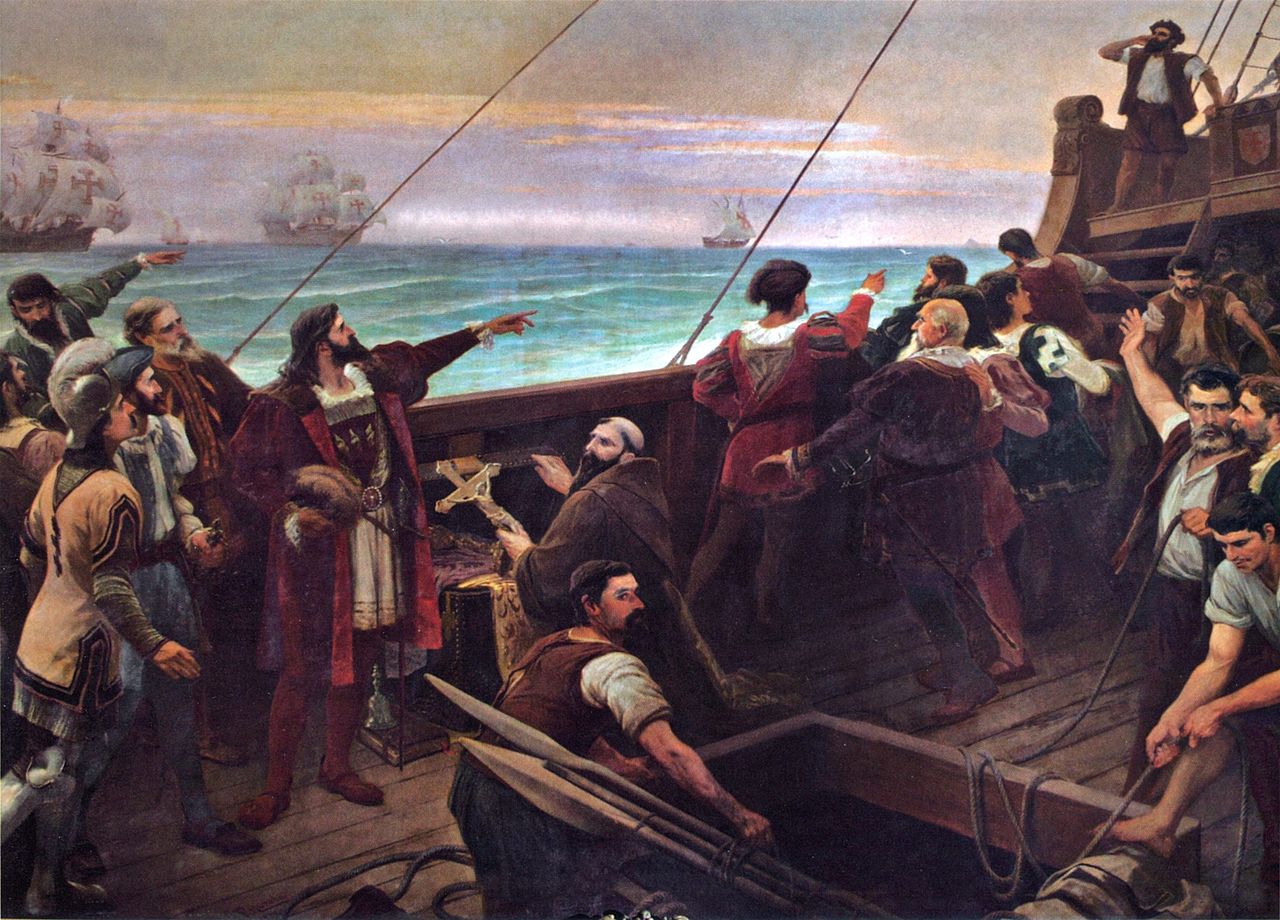 Pedro Álvares Cabral was a Portuguese nobleman, military commander, navigator and explorer regarded as the European discoverer of Brazil.

In 1500 Cabral conducted the first substantial exploration of the northeast coast of South America and claimed it for Portugal.

He was born in 1467 or 1468—the former year being the most likely—at Belmonte, about 30 kilometres (19 mi) from present-day Covilhã in central Portugal.  Cabral died of unspecified causes, most probably in 1520. He was buried in the São João Evangelista chapel of the Convento da Graça in Santarém

He had no visions or hallucinations, sudden flashes of inspiration or similar, but there is evidence that he saw an UFO whose appearance had quite an impact on the outcome of his trip.

The following is from Wikipedia:  While details of Cabral's early life remain unclear, it is known that he came from a minor noble family and received a good education. Cabral was sent to the court of King Dom Afonso V in 1479 at around age 12. He received an education in the humanities and learned to bear arms and fight.

He was appointed to head an expedition to India in 1500, following Vasco da Gama's newly-opened route around Africa. The undertaking had the aim of returning with valuable spices and of establishing trade relations in India—bypassing the monopoly on the spice trade then in the hands of Arab, Turkish and Italian merchants. Although the previous expedition of Vasco da Gama to India, on its sea route, had recorded signs of land west of the southern Atlantic Ocean (in 1497), Cabral led the first known expedition to have touched four continents: Europe, Africa, America, and Asia.

His fleet of 13 ships sailed far into the western Atlantic Ocean  and made landfall (April 1500) on what he initially assumed to be a large island. As the new land was within the Portuguese sphere according to the 1494 Treaty of Tordesillas, Cabral claimed it for the Portuguese Crown. He explored the coast, realizing that the large land mass was probably a continent, and dispatched a ship to notify King Manuel I of the new territory. The continent was South America, and the land he had claimed for Portugal later came to be known as Brazil. The fleet reprovisioned and then turned eastward to resume the journey to India.

A storm in the southern Atlantic caused the loss of several ships, and the six remaining ships eventually rendezvoused in the Mozambique Channel before proceeding to Calicut in India. Cabral was originally successful in negotiating trading rights, but Arab merchants saw Portugal's venture as a threat to their monopoly and stirred up an attack by both Muslims and Hindus on the Portuguese entrepôt. 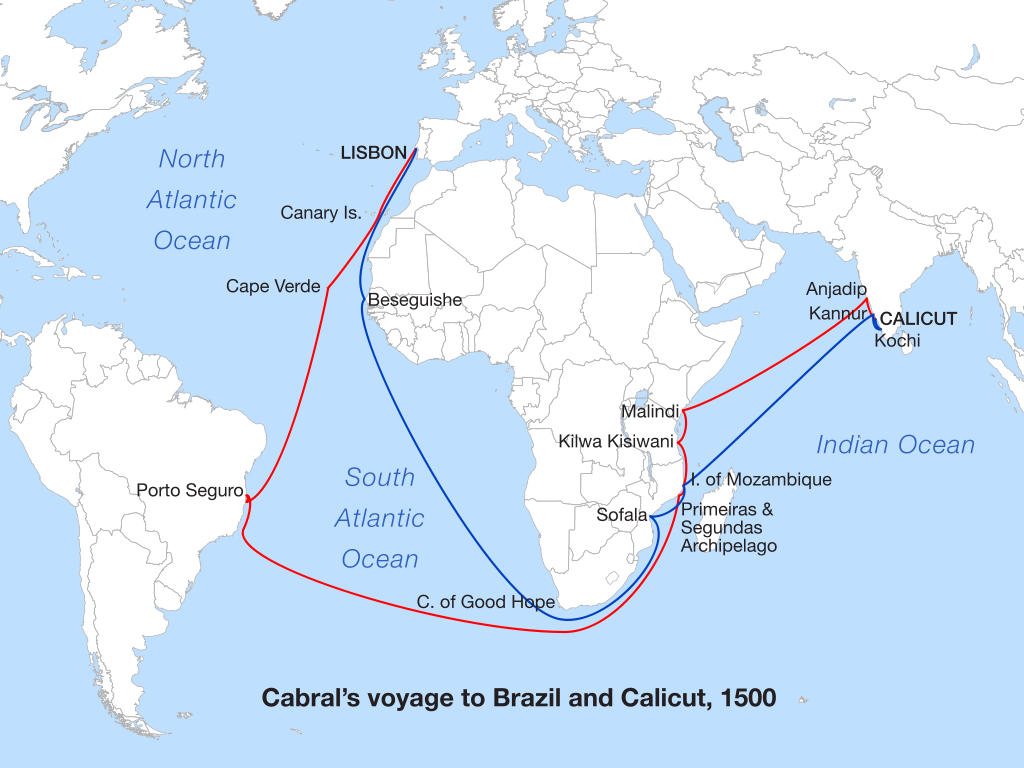 The Portuguese sustained many casualties and their facilities were destroyed. Cabral took vengeance by looting and burning the Arab fleet and then bombarded the city in retaliation for its ruler having failed to explain the unexpected attack.

From Calicut the expedition sailed to the Kingdom of Cochin, another Indian city-state, where Cabral befriended its ruler and loaded his ships with coveted spices before returning to Europe. Despite the loss of human lives and ships, Cabral's voyage was deemed a success upon his return to Portugal. The extraordinary profits resulting from the sale of the spices bolstered the Portuguese Crown's finances and helped lay the foundation of a Portuguese Empire.

Cabral was later passed over  when a new fleet was assembled to establish a more robust presence in India. Having lost favor with the King, he retired to a private life of which few records survive. His accomplishments slipped mostly into obscurity for more than 300 years. Decades after Brazil's independence from Portugal in the 19th century, Cabral's reputation began to be rehabilitated by Emperor Pedro II of Brazil.

The influence of the UFO?

Historians have long argued whether Cabral was Brazil's discoverer, and whether the discovery was accidental or intentional.

The first question has been settled by the observation that the few, cursory encounters by explorers before him were barely noticed at the time and contributed nothing to the future development and history of the land which would become Brazil, the sole Portuguese-speaking nation in the Americas.

On the second question, no definite consensus has been formed, and the intentional discovery hypothesis lacks solid proof. Nevertheless, although he was overshadowed by contemporary explorers, historians consider Cabral to be a major figure of the Age of Discovery.