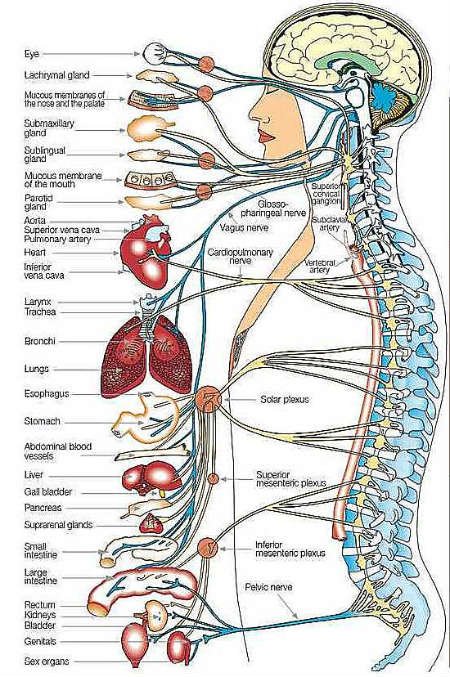 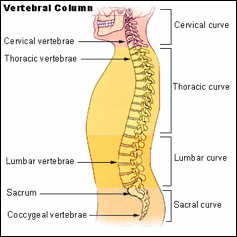 The vertebral column consists of 24 articulating vertebrae, and 9 fused vertebrae in the sacrum and the coccyx.

It is situated in the dorsal aspect of the torso. It houses and protects the spinal cord in its spinal canal.

The spinal cord is a long, thin, tubular bundle of nervous tissue and support cells

It begins at the occipital bone and extends down to the space between the first and second lumbar vertebrae; it does not extend the entire length of the vertebral column. The enclosing bony vertebral column protects the relatively shorter spinal cord.

The spinal cord is thus part of the physical nervous system and functions primarily in the transmission of neural signals between the brain and the rest of the body. It has three major functions:

The spinal cord is protected by three layers of tissue that surround the canal. 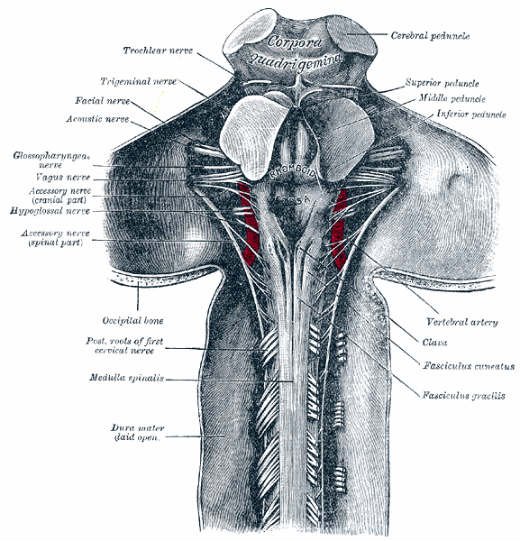