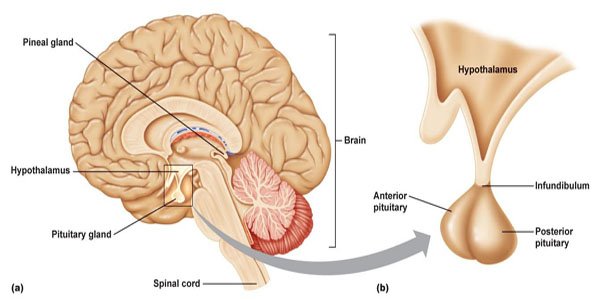 The pituitary gland is an endocrine gland about the size of a pea. It is not a part of the brain, but  is a protrusion off the bottom of the hypothalamus.

Thus we can see that it is surrounded by bone and that bone stretches to the forehead and the lower part of the face.

The pituitary is covered by a dural fold, - part of the dura mater, which is a sac that surrounds the spine and the brain – see spinal cord and cerebrospinal fluid. 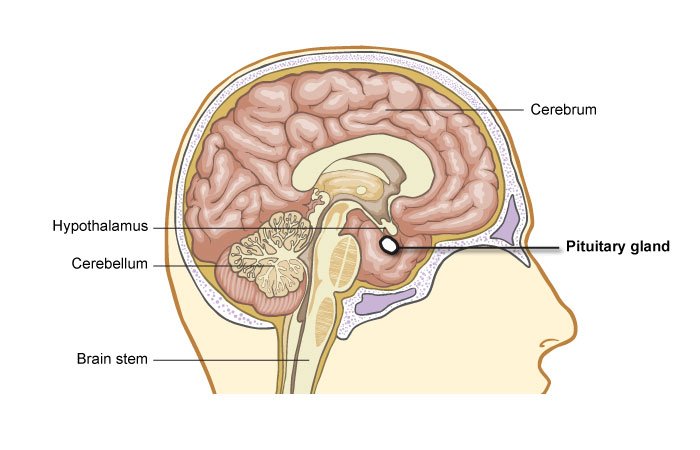 The pituitary is functionally connected to the hypothalamus by a small tube called the Pituitary stalk. 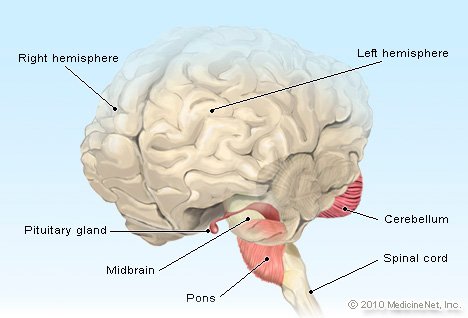