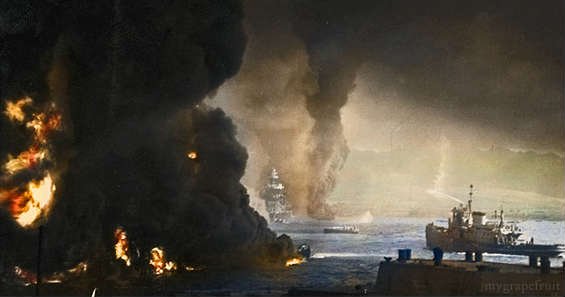 They are examples of enzyme inhibitors, and increase the action of acetylcholine by delaying its degradation; some have been used as nerve agents (Sarin and VX nerve gas) or pesticides.

Victims of organophosphate-containing nerve agents, for example,  commonly die of suffocation as they cannot relax their diaphragm.  In effect generally, the hallucinations caused by these agents result from asphyxiation or poisoning.

Among lethal CW agents, the nerve agents have had an entirely dominant role since the Second World War. Nerve agents acquired their name because they affect the transmission of nerve impulses in the nervous system. All nerve agents belong chemically to the group of organo-phosphorus compounds. They are stable and easily dispersed, highly toxic and have rapid effects both when absorbed through the skin and via respiration. Nerve agents can be manufactured by means of fairly simple chemical techniques. The raw materials are inexpensive and generally readily available.

It was not until the early 1930's that German chemists observed that organo-phosphorus compounds could be poisonous. In 1934, Dr Gerhard Schrader, a chemist at IG Farben, was given the task of developing a pesticide. Two years later a phosphorus compound with extremely high toxicity was produced for the first time. According to contemporary regulations, discoveries with implications had to be reported to the concerned authorities, which was also done with Schrader's discovery. This phosphorus compound, given the name tabun, was the first of the substances later referred to as nerve agents.

A factory for production of the new CW agent was built and a total of 12 000 tonnes of tabun were produced during the years 1942-1945. At the end of the war the Allies seized large quantities of this nerve agent. Up to the end of the war, Schrader and his co-workers synthesized about 2 000 new organo-phosphorus compounds, including sarin (1938). The third of the "classic" nerve agents, soman, was first produced in 1944. These three nerve agents are known as G agents in the American nomenclature. The manufacture of sarin never started properly and up to 1945 only about 0.5 tonne of this nerve agent was produced in a pilot plant.

Immediately after the war, research was mainly concentrated on studies of the mechanisms of the nerve agents in order to discover more effective forms of protection against these new CW agents. The results of these efforts led, however, not only to better forms of protection but also to new types of agents closely related to the earlier ones.

By the mid-1950's a group of more stable nerve agents had been developed, known as the V-agents in the American nomenclature. They are approximately ten-fold more poisonous than sarin and are thus among the most toxic substances ever synthesized.

The first publication of these substances appeared in 1955. The authors, R. Ghosh and J.F. Newman, described one of the substances, known as Amiton, as being particularly effective against mites. At this time, intensive research was being devoted to the organo-phosphorus insecticides both in Europe and in the United States. At least three chemical firms appear to have independently discovered the remarkable toxicity of these phosphorus compounds during the years 1952-53. Surprisingly enough, some of these substances were available on the market as pesticides. Nonetheless, they were soon withdrawn owing to their considerable toxicity also to mammals.

In the United States, the choice fell in 1958 on a substance known by its code name VX as suitable as a CW agent of persistent type. Full-scale production of VX started in April 1961 but its structure was not published until 1972.

The most important nerve agents included in modern CW arsenals are:

The toxic effect of nerve agents depends on the substance inhibiting the enzyme acetylcholinesterase in the cholinergic nerve system. This enzyme is responsible for breaking down the signal substance acetylcholine, ……Degradation of the signal substance in the cholinergic synapse takes place extremely rapidly depending on the enzyme being available in large amounts and also since it is extremely effective.

Under optimum conditions, each enzyme molecule hydrolyzes about 15 000 acetylcholine molecules per second. The reaction mechanism for nerve agents is similar but with the important difference that the rate of the final, hydrolyzing step is negligible. Consequently, the enzyme becomes irreversibly inhibited, with the nerve agent covalently bound to the enzyme via the serine in the active site.

Inhibition of acetylcholinesterase is thus a progressive process and the degree of inhibition depends not only on the concentration of nerve agent but also on the time of exposure.

Soman is the most potent inhibitor of acetylcholinesterase among the nerve agents. A concentration of 10-9 M is sufficient to inhibit the enzyme by more than 50 per cent within 10 minutes.