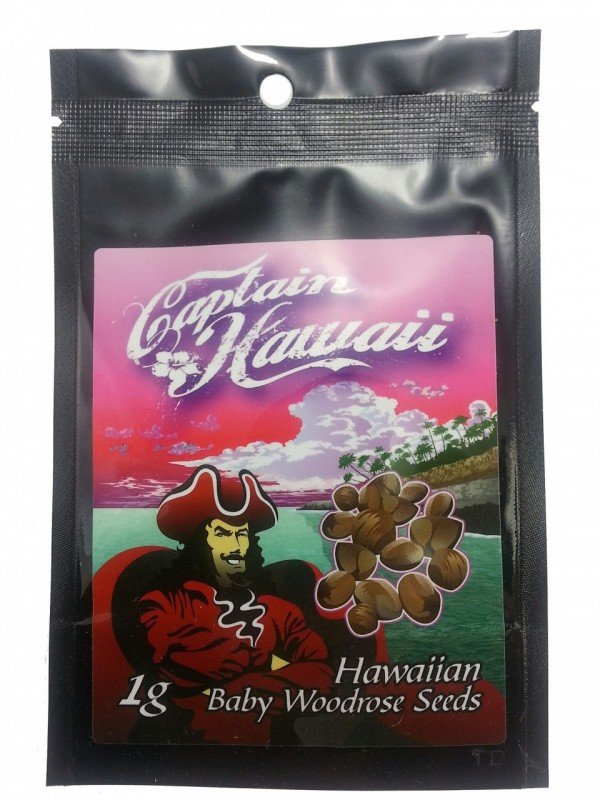 Argyreia nervosa also known as the Hawaian Baby Woodrose is a perennial climbing vine.  Also called Argyreia speciosa L.f.), Convolvulus nervosus , Convolvulus speciosus, Ipomoea speciosa , Lettsomia nervosa, and Rivea nervosa, Hawaiian Baby Woodrose (Argyreia nervosa), is also 'not to be confused with the Hawaiian woodrose' (Merremia tuberosa).  It has yet more names -  Elephant Creeper and Woolly Morning Glory. It is native to the Indian subcontinent but has been introduced to numerous areas worldwide because it is a very attractive plant.

It has, rather unfortunately, acquired the reputation of being a 'legal high', because it contains lysergic acid, a precursor to LSD.  The logic behind this escapes me, as LSD is not chemically LSA it is simply a chemical precursor, however, since logic appears not to form a part of the 'legal high' thinking, this is what we have.

Now for some science

Lysergic acid amide (LSA), ergometrine, lysergol/elymoclavine/setoclavine, chanoclavine, lysergic acid and their respective stereoisomers were identified as well as penniclavine and lysergic acid α-hydroxyethylamide. In addition, methylergometrine, methysergide, and lysergylalanine were detected, some high molecular weight ergot alkaloid derivatives and hydroxyalanine derived ergopeptide fragments were detected indicating the presence of ergopeptides in the seeds.

The results of the study demonstrate that the content of ergot alkaloids in Argyreia nervosa seeds depends on the quality of the material. For a consumer the quality of the seeds is unforeseeable. For the toxicological expert it is essential to investigate not only the identity of such a confiscated seed material, but also the various ergot alkaloid constituents to assess the hazardous nature and the toxic potential of the material. 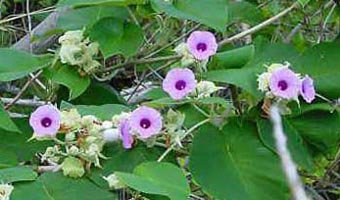 In other words those who chew the seeds of this plant are likely to poison themselves, because they are toxic.

Any effects from the seeds are poisoning - and in fact cases of delirium have been reported.

Sometimes they have been deliberately produced ....

As the new drug Spice hit the market in 2006 and was a hot topic in the media, the general issue of [so called] legal highs has been brought to the attention of a large number of (young) people.

One of these so called legal highs are the seeds of Argyreia nervosa, also known as Hawaiian Baby Woodrose, which contains the alkaloid lysergic acid amide (LSA).

A study was designed to assess how driving ability is affected by Argyreia nervosa. However, the study could not be continued due to severe adverse effects in 3 of 4 subjects, such as cardiovascular dysregulation in two and a psychosis like state in one subject.

All of the participants recovered within 9h after ingestion. Despite body normalized doses interindividually highly differing reactions in type and intensity were observed. Furthermore, fluctuating alkaloid contents in seeds and multi-drug intoxications make the use of this legal high far more dangerous than commonly believed.

which is often the way with being poisoned.

It is important also to know that no shaman or indigenous person has ever used the seeds of Hawaian Baby Woodrose except perhaps by accident.

While its cousins in the Convolvulaceae family, such as the Rivea corymbosa (Ololiuhqui) and Ipomoea tricolor (Tlitliltzin), were used in shamanic rituals of Latin America for centuries, the Hawaiian Baby Woodrose was not traditionally recognized as a hallucinogen.

Traditional use of the plant in India usually employed the leaves and roots of the plants, which are not psychoactive, as antiseptic and anti-inflammatory drugs.

The wording is not helpful as it implies that somehow the shamans hadn't discovered it, whereas the truth is they probably wouldn't touch the seeds with a barge pole.

LSA has a vasoconstricting effect meaning that anyone with a bad heart or atherosclerosis risks death from consuming LSA containing plants or substances.  If blood is restricted going to the brain, hallucinations will result, but so will brain damage.  These two facts are why LSA is a Controlled substance.