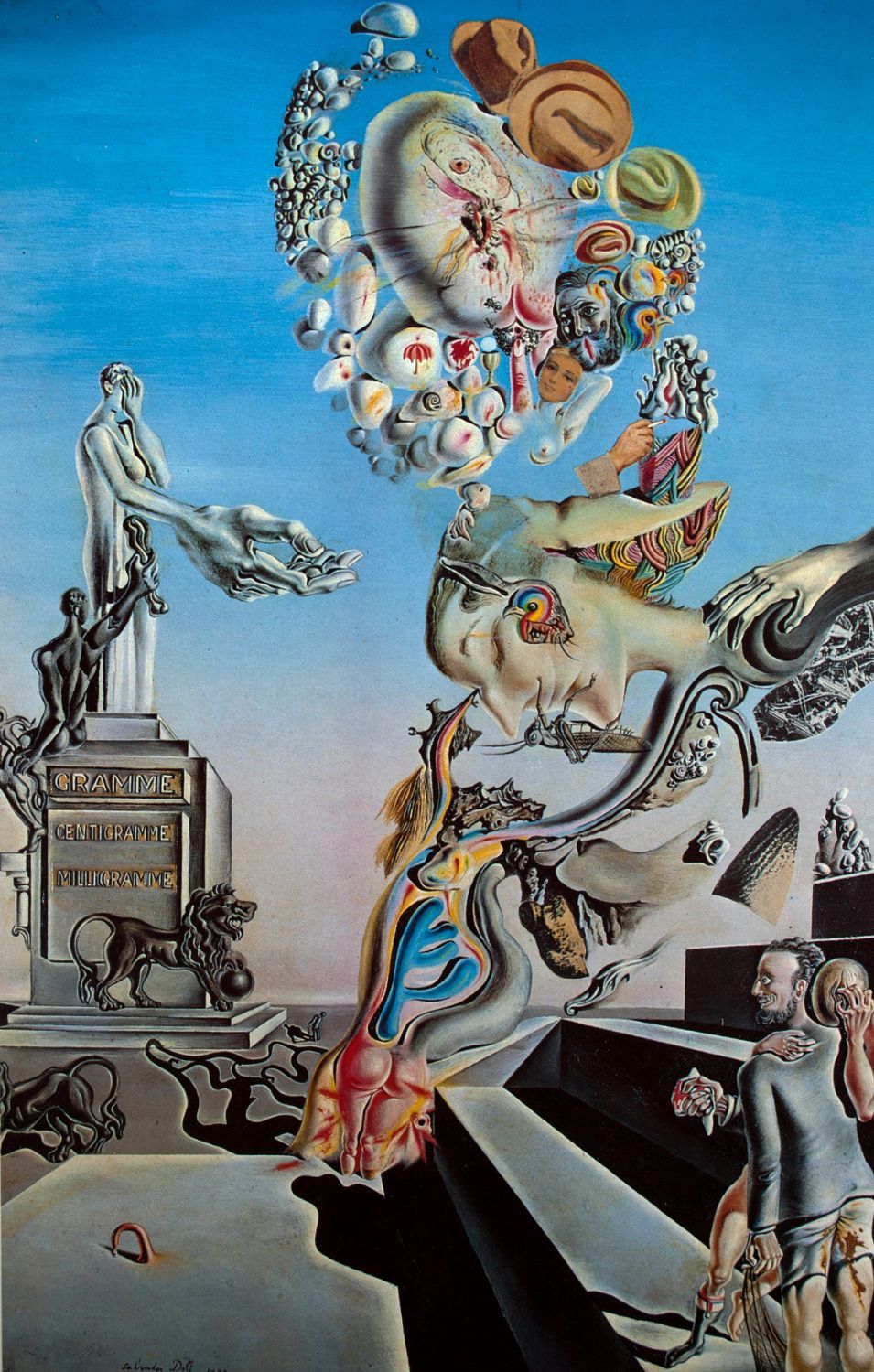 Dark matter is a hypothetical form of matter that is thought to account for the majority of the matter in the universe, and about a quarter of its total energy density.

.....The next chunk ….. is another unknown: dark matter. Of all of the material we know about because we can see its gravitational effects, about 85% is composed of matter that emits no light and is radically different from material found in planets and stars. X-rays can be used to study the effects of dark matter in a variety of astronomical settings, and thus probe the nature of this mysterious substance that pervades the Universe.

Our small piece of the pie is the remaining 4% of the Universe containing everything we can see with our eyes and telescopes. This includes all intergalactic and interstellar gas and dust, stars, planets, and life. Before dark matter was discovered in the 1930s, this 4% was our entire Universe. Scientists now use their telescopes and computers to learn ever more about the exciting objects and phenomena in the observable cosmos, but also to glimpse through keyholes into the much larger Dark Universe 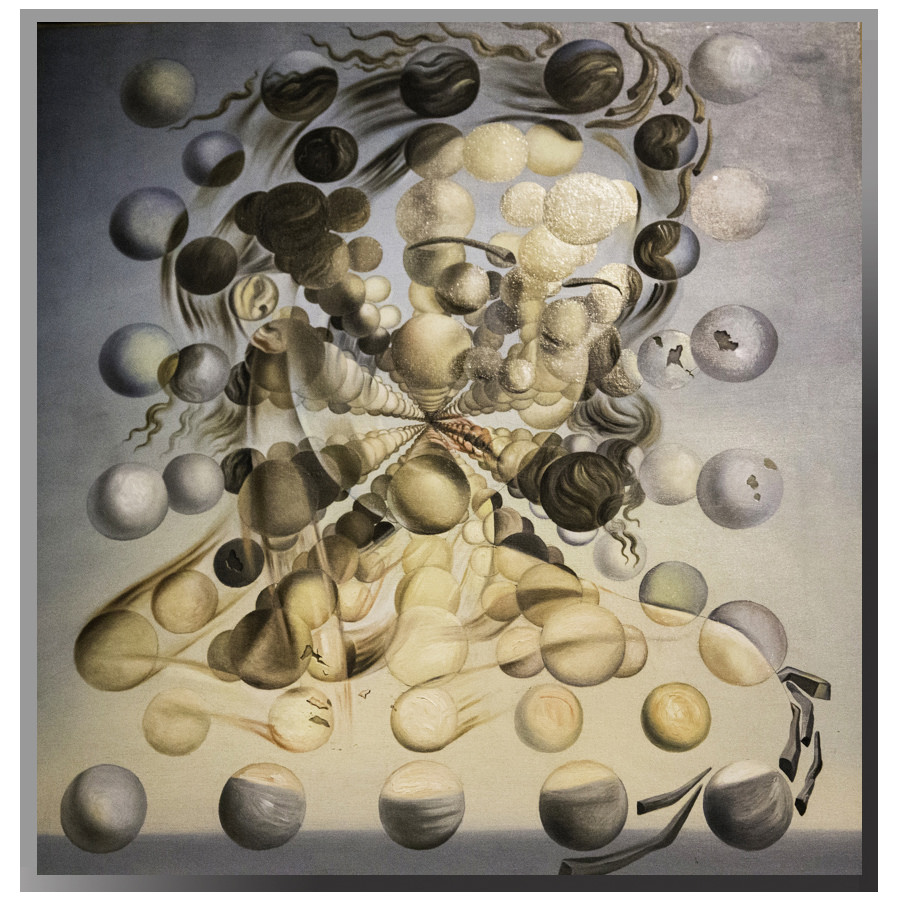 Many very illustrious scientists have postulated the existence of dark matter.  Lord Kelvin estimated the number of dark bodies in the Milky Way from the observed velocity dispersion of the stars orbiting around the center of the galaxy. By using these measurements, he estimated the mass of the galaxy, which he determined is different from the mass of visible stars.  In 1906, Henri Poincaré in "The Milky Way and Theory of Gases" used "dark matter", or "matière obscure" in French, in discussing Kelvin's work.

Dutch astronomer Jacobus Kapteyn in 1922 and radio astronomy pioneer Jan Oort, in 1932,  also hypothesized the existence of dark matter.  But it was Swiss astrophysicist Fritz Zwicky, in 1933, who studied galaxy clusters while working at the California Institute of Technology, who applied the virial theorem to the Coma Cluster and obtained evidence of unseen mass that he called dunkle Materie ('dark matter').

Its presence is implied in a variety of astrophysical observations, including gravitational effects that cannot be explained unless more matter is present than can be seen. For this reason, most experts think dark matter to be ubiquitous in the universe and to have had a strong influence on its structure and evolution.

The primary evidence for dark matter is that calculations show that many galaxies would fly apart instead of rotating, or would not have formed or move as they do, if they did not contain a large amount of unseen matter. Other lines of evidence include observations in gravitational lensing, from the cosmic microwave background, from astronomical observations of the observable universe's current structure, from the formation and evolution of galaxies, from mass location during galactic collisions, and from the motion of galaxies within galaxy clusters.

If we compare this to the concept of the universe as a massive cosmic egg then the symbolic ‘Earth’ layer accounts for only about 4% of the universe, whereas all the other levels and layers are found in the rest of the 96%.  The idea of using a cosmic egg with – as it appears – a very thin ‘shell’ is thus very accurate.

As we have seen in other explanations, however, the cosmic egg as a concept is not one confined to just the universe.  Every named thing, every aggregate, is its own cosmic egg.

Put another way we are 96% software and only 4% hardware!! 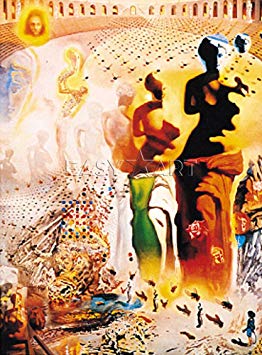 The universe is thus filled with cosmic eggs and eggs containing eggs!  It is not as though there was one area of the  universe reserved for dark matter and another very small part which was not.  Light and dark are intermingled in a very complex way - things within things - nested in fact and in a defined structure determined by the template, the instructions for how to build that human or cell or dog or horse, or tree or .......

And again, as we saw, the cosmic eggs - the trillions of billions of eggs that are contained within the biggest egg of all - that of the universe itself, - are actually all the same structurally, same levels, same functions, same entities described, the only difference is that some of the functions are activated and some not.  So a cosmic egg [you, me, a tree, a dog] is playing a role determined by the functions activated, the personality it has been given and its unique template - the instructions for how to assemble it and repair it.

How can one possibly show this pictorially?  Well you can't, but if you move into surrealist art where abstraction can hint at what is happening, then at least you can give people ideas - and this is what Salvador Dali did, and indeed Hieronymous Bosch also gave it his best shot.

Thus when people say 'where is my Higher spirit'? or where is 'mind', you cannot point to where it is, because they will never be able to see it - it is dark matter - it is the software that accompanies the hardware, but the symbol of the crown was invented to try to give people some sense that it is beyond the physically seen brain, in dark matter at the very peak of the pinnacle. 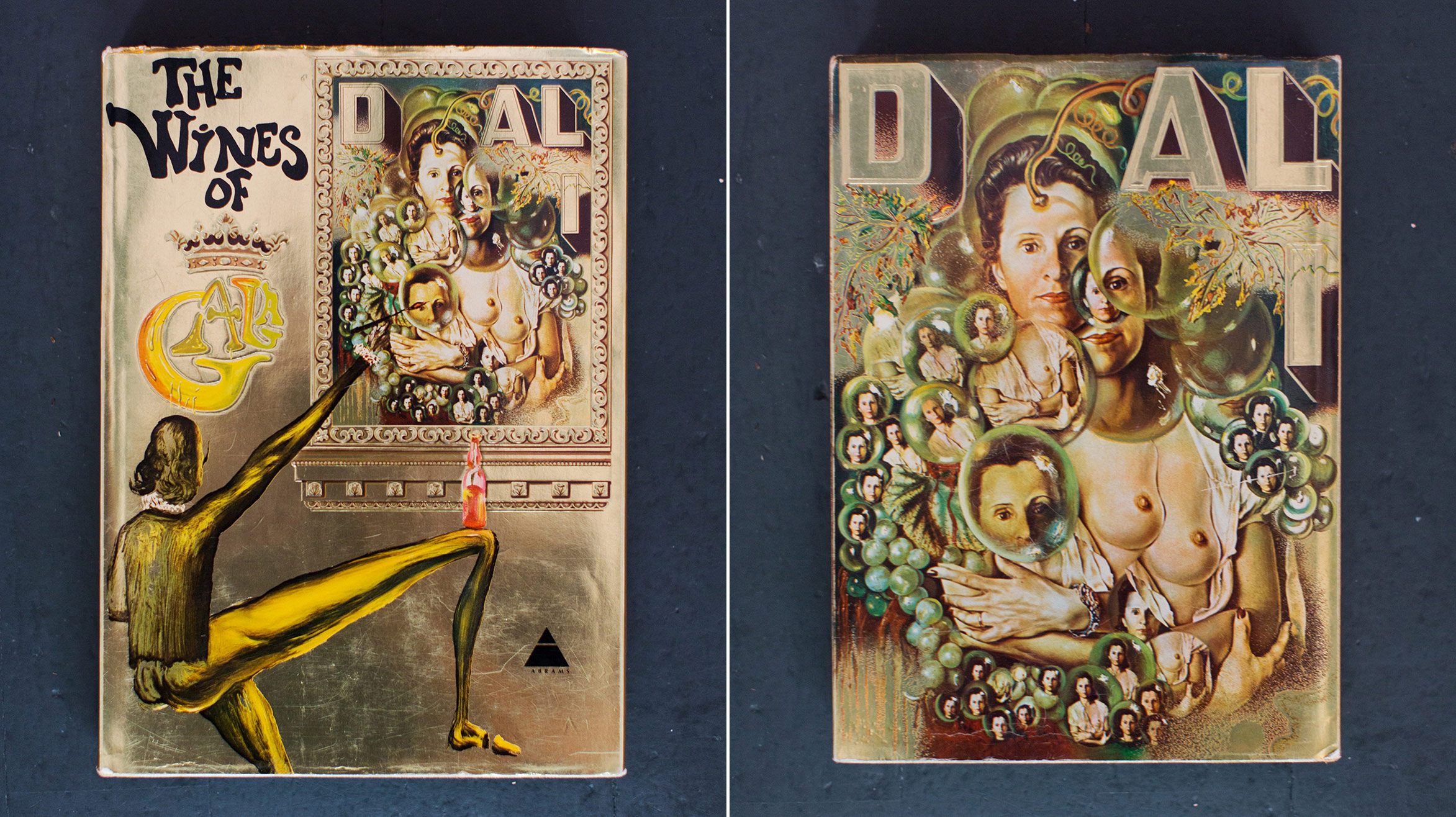 Furthermore, if one was to ask - 'but how big is a cosmic egg', there would be no one answer.  Every egg is the size it needs to be to allow its functions and template to be expressed.

The home of the supernatural? 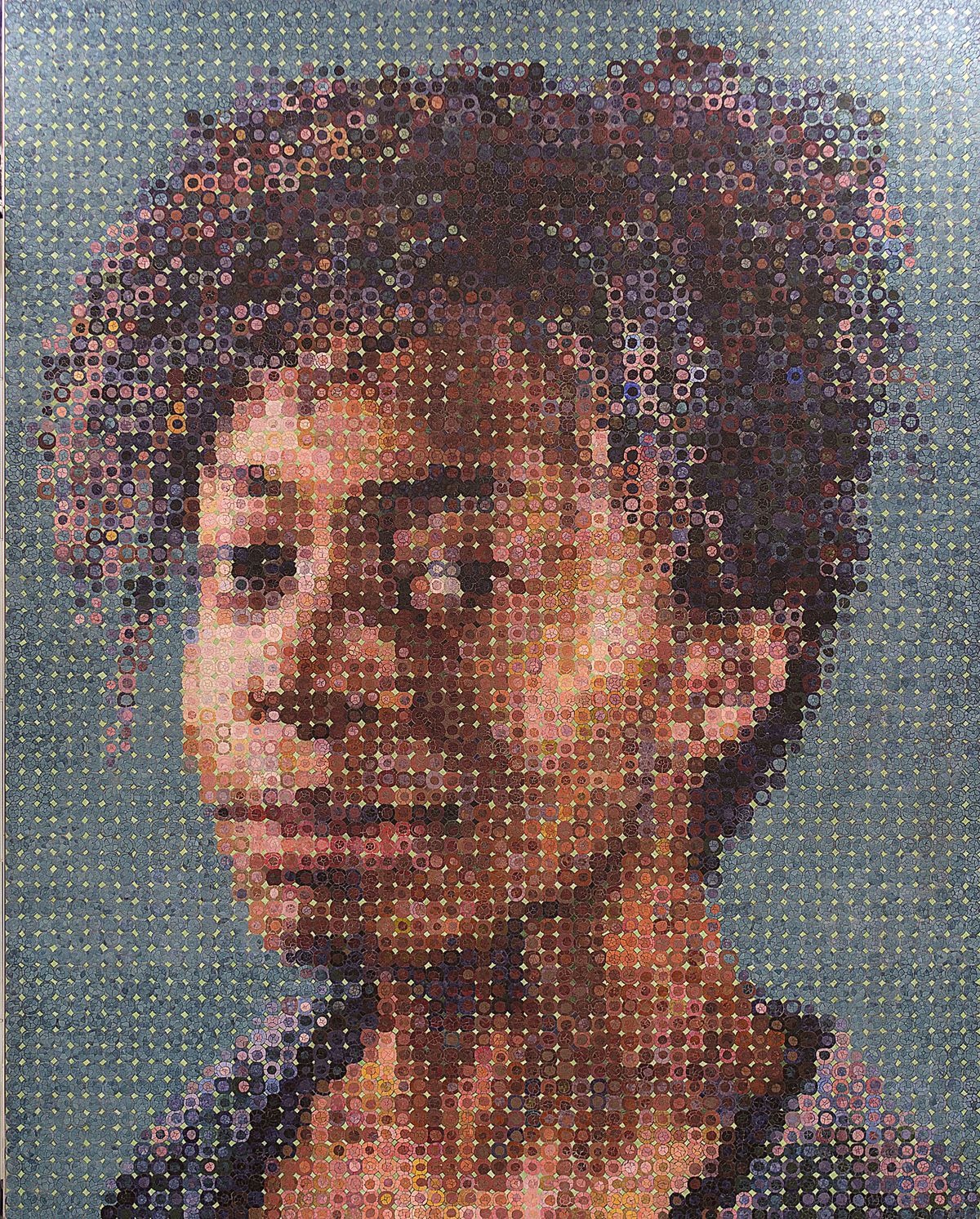 Given that we cannot normally perceive dark matter, this is the very obvious place to look if we want to search for the so called supernatural.  Given that 96% of the universe is made of this, then there is more than enough room for all the angels, not a few goblins, dwarfs and elves and any number of other spirit beings and spirit entities.  It is worth pointing out, moreover, that although we see – perceive the physical planets and the sun and moon, each will be made of 4% visible material and 96% invisible, and therefore every astrologer’s claim that the planets contain quite a lot of ‘software’ has great appeal.  Given that Neptune, for example, is the planet for mystics and is designated as the planet of visions, dreams, ethereal transcendence, intoxication, art and music, then this must need a massive amount of dark matter and software to express functionally.

Analogously, even if we knew how to program the function of imagination, using the Word, we can well imagine it being an enormous program.

In the standard Lambda-CDM model of cosmology, the total mass–energy of the universe contains 5% ordinary matter and ‘energy’, 27% dark matter and 68% of an unknown form of energy known as dark energy. 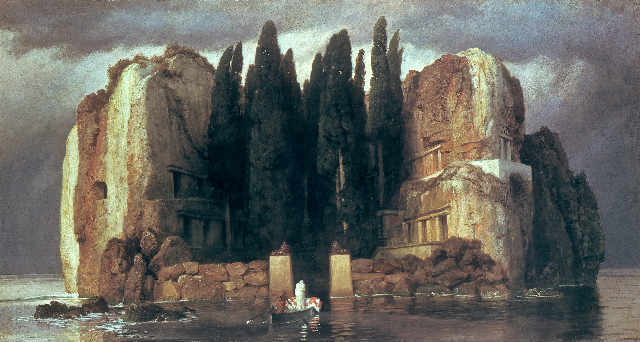 In mystic or esoteric thought, all is ‘energy’, the energy which is ordered is called spirit and that which is unordered is called chaos/kaos - described by the Greeks thousands of years ago.  Spirit is then further ordered into form and function – the cosmic eggs.  These Islands of ordered energy are actually surrounded by a sea of chaos [unordered energy].  This sea of chaos is used both to drive the function executions - input [the programs of the universe executing] and is there as a place to cycle round [dump] anything that is destroyed – the ouroboros symbolically.

The symbolist painters like Arnold Böcklin in Die Toteninsel, showed this pictorially by using an egg shaped island [form only is visible, but one could tunnel through the portals to get to the inner software], surrounded by the sea of chaos.  One of the reasons he called it the Island of the Dead is because for most sensitives, physical birth is actually a form of death.