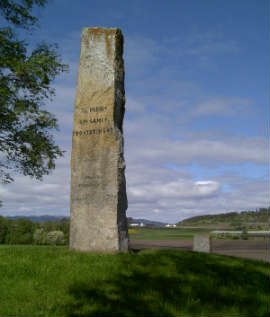 Standing stones, orthostats, liths, or more commonly megaliths (because of their large and cumbersome size) are solitary stones set vertically in the ground that are usually believed to have religious or spiritual significance.  Where they appear in groups together, often in a circular, oval, henge or horseshoe formation, they are sometimes called megalithic monuments. These are sites of ancient religious ceremony.

You may also find stones that have been marked as opposed to erected, often with old religious symbols such as swastikas or celtic symbols.

Of themselves a stone cannot produce a spiritual experience, but what marks out the stones used for spiritual experiences by ancient cultures is the site on which they were placed [usually a fault line or site of similar high geomagnetic activity] and that they contained crystals and crystals have rather special properties. 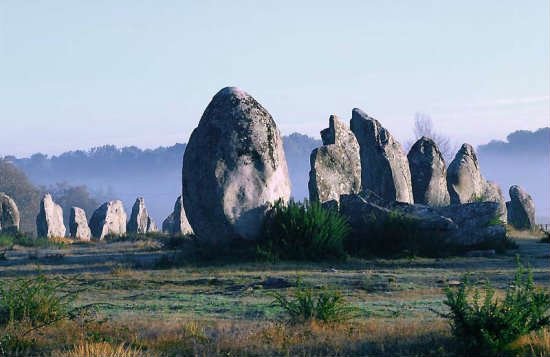 Menhirs (French, from Middle Breton : men, stone + hir, long) are large upright standing stones. Menhirs may be found singly as monoliths, or as part of a group of similar stones. Their size can vary considerably; but their shape is generally uneven and squared, often tapering towards the top. Menhirs are widely distributed across Europe, Africa and Asia, but are most numerous in Western Europe; in particular in Ireland, Great Britain and Brittany. There are about 50,000 megaliths in these areas, while in northwest France alone there are 1,200 menhirs. They originate from many different periods across pre-history, and were erected as part of a larger Megalithic culture that flourished in Europe and beyond.

Many menhirs and other standing stones contain quartz and other crystals.  Quartz is the second most abundant mineral in the Earth's continental crust, after feldspar. It is an essential constituent of granite and other felsic igneous rocks. It is very common in sedimentary rocks such as sandstone and shale and is also present in variable amounts as an accessory mineral in most carbonate rocks. It is also a common constituent of schist, gneiss, quartzite and other metamorphic rocks. 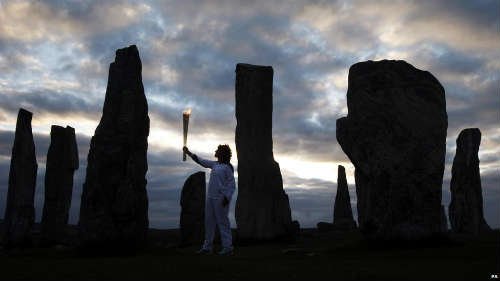 Stonehenge, for example, is a prehistoric monument located in the English county of Wiltshire, about 2.0 miles (3.2 km) west of Amesbury and 8 miles (13 km) north of Salisbury. One of the most famous sites in the world, Stonehenge is composed of earthworks surrounding a circular setting of large standing stones. It is at the centre of the most dense complex of Neolithic and Bronze Age monuments in England, including several hundred burial mounds

The term "bluestone" in Britain is used in a loose sense to cover all of the "foreign" stones at Stonehenge. It is a "convenience" label rather than a geological term, since at least 20 different rock types are represented. One of the most common rocks in the assemblage is known as Preseli Spotted Dolerite—a chemically altered igneous rock containing spots or clusters of plagioclase feldspar. It is medium grained dark and heavy rock, harder than granite.  The bluestones at Stonehenge were placed there during the third phase of construction at Stonehenge around 2300 BC.It is assumed that there were about 80 of them originally, but this has never been proven since only 43 remain. The stones weigh between 2 and 4 tons each. The majority of them are believed to have been brought from the Preseli Hills, about 250 miles away in Wales.

In effect, it is the crystalline structure of these stones that is key as each one has very specific properties.  Some of them probably induced spiritual experience via the sound they generated, some via the electrical charge they generated under certain conditions and so on.

Other examples - There are of course numerous other examples, but if we take just one, the name lapis manalis was used to describe two sacred stones found in Roman religion.

Although having the same name, the two stones were different stones.  The grammarian Festus held the cover to the gate of the underworld and the rainmaking stone to be two distinct stones.  But this reverence for very specific stones was not unusual and can also be found in the Greek culture with stones in Delphi having a similar sacred significance.

Step one – find your stone 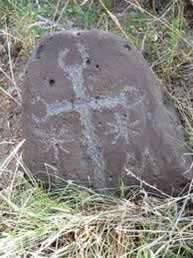 The first step is to find likely standing or marker stones.  In order to help I have provided the following sub-sections that show some symbolic markers and what they mean and thus why they might be marking a special stone.

It is also worth looking out for any rocks that appear to have 'writing' on them, but only if this 'writing' is actually wholly incomprehensible - in other words it is part of the prehistoric Word notation system used to record spells.  To this end look for

It is noticeable that some of the smaller rocks in the UK and Ireland have been moved to make walls or just as part of clearance activity, so the bigger the rock the better.  If it is big , it is more than probable it hasn’t been moved and as such if the mechanism by which it works is telluric currents, for example, and the landscape is much as it always was, then there is a higher probability it will work. 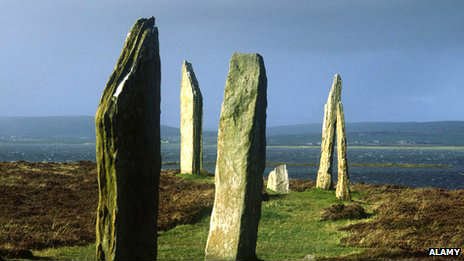 You know that the standing stone will have some spiritual significance, but not how it works, or even if it still works, so the first step is to find out by which mechanism it is actually working

Another alternative is that they work by converting sound or mechanical stimulus to a usable electric signal.  So you will need to check by gently tapping them or playing a musical instrument or radio near them to see what happens and by measuring any electric current generated.  The sound itself can be any form of sound as in this context we are looking for the energy generated from the sound,  it is the crystals in the rock itself that convert the sound into the precise frequencies needed.

Be prepared for the fact that a stone may simply not work anymore.  Originally the standing stones might have been placed upon spots with known high telluric current activity, which no longer exists.  Not all the stones will necessarily have been used to provoke an experience, some may have been used for other ceremonial use.

From there it is up to you, you can press your head on it for a short time, lash yourself to it [I'm joking  - sorry] and wait or even sleep on it for a short while if you prefer - after all it worked for Jacob! 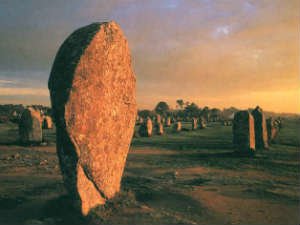 Stimulation via Resonance  Please go to this section for the full explanation.

This method is usually low intensity, but not always so take great care!

Certain crystals are capable of being a transducer and it is via transduction that they work.  The way they work may differ for example they may work via 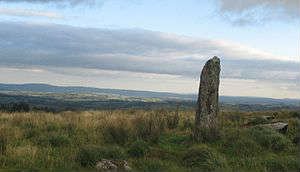