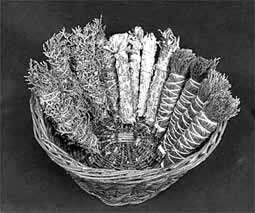 A smudge stick is a bundle of dried herbs.  The leaves are usually bound with string in a small bundle and dried. Some herbs and spices that are often used include white sage, cilantro, cedar, and lavender.  None of which are hallucinogenic, but all of which  have a strong, pleasant aroma when burnt.

The term "smudge stick" entered the English language via Indigenous American Indians.  Native Americans used and still use smudge sticks and the ideas were adopted by the ‘New Age’ movement and modern day shamanism.

Ojibway and Cree ceremonies often use smudges of sage, sweet grass, and/or juniper. 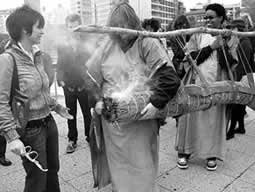 The non Native Americans, using the smudge sticks recreationally have invented the term ‘smudging’ to describe the use of a smudge stick to get high, though I suspect few realise it is via asphyxiation.

Here we have [and of course I am joking] a non Native American USA produced smudge stick, which like the size of the cars and hamburgers, is bigger and I’m sure better than anything the rest of the world can produce. It is just a little difficult to manoevre.

Here I think it is time to provide the advice of a New Age warrior “It is not supposed to happen. Be accepting of this. Don’t force it, there are probably things going on that you are unaware of TRUST “.  So there you go.  Don’t use petrol or meths.

Incidentally this same chap [God bless him] said he wasn’t keen on blowing on the smudge sticks and used his “Smudge Wand” to fan it. This I would love to see. 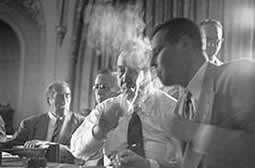 If you are a non-smoker, smudge sticks, I suppose, work a lot better and are a darn sight cheaper than employing 30 chain smokers to smoke cigarrettes in your living room

Despite the nice smell, what you get is smoke and smoke inhalation produces hypoxia and hypoxia can produce a spiritual experience.  It can in the long term also give you heart failure and lung disease, but hey this is the overload section, the future lies ahead.