Periodontitis is a set of inflammatory diseases, which include gingivitis, affecting the periodontium, i.e., the tissues that surround and support the teeth. The word "periodontitis" comes from the Greek peri, "around", odous, "tooth", and the suffix -itis, in medical terminology "inflammation". Periodontitis can result in the progressive loss of the alveolar bone around the teeth and the loosening and subsequent loss of teeth.

Periodontitis is very common, and is widely regarded as the second most common disease worldwide, after dental decay, and in the United States has a prevalence of 30–50% of the population. Chronic periodontitis affected about 750 million people or about 10.8% of the population as of 2010. 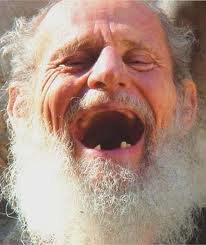 “Patients should realize gingival inflammation and bone destruction are largely painless. Hence, people may wrongly assume painless bleeding after teeth cleaning is insignificant, although this may be a symptom of progressing periodontitis in that patient”.

The principal cause of periodontitis is Bacterial infection - microorganisms that adhere to and grow on the tooth's surfaces.

Normally this bacterial flora has no effect, but if anything compromises the mouth's protective skin layers, such as surgery, dental work, extractions, or injury to the mouth, the bacteria can enter the blood stream and here is where the problems start. Periodontitis itself is unpleasant and can result in tooth loss which might be euphemistically called 'inconvenient'. But it can be the cause of far more serious diseases – some of which are killers. Systemic disease may develop because the gums are very 'vascular' - have a good blood supply. Once in, the blood stream carries the anaerobic micro-organisms, the bacteria, all over the body.

There are a number of bacteria implicated in the disease. “Many studies indicate a strong association of

Bacilli of the genus Actinomyces and the order Actinomycetales cause actinomycosis. Actinomycosis is a chronic bacterial disease, characterized by localized swelling with suppuration, abscess formation, tissue fibrosis, and draining sinuses. Infections of the oral and cervicofacial regions are the most commonly recognized infections; however, the thoracic region, abdominopelvic region, and the central nervous system can also frequently be involved

Periodontitis is in effect the start of a much longer chain of effects and serious illnesses, such as

Although the primary cause of both gingivitis and periodontitis is the microbial plaque that adheres to the tooth surfaces, many people who get plaque have no problems. A Sri Lankan tea labourer study, for example, in which people without any oral hygiene activity were assessed for disease, found that approximately 10% suffered from severe periodontal disease with rapid loss of attachment (>2 mm/year); about 80% suffered from moderate loss (1–2 mm/year) and the remaining 10% did not suffer any loss. It is worth asking why and it seems that although bacteria are the cause there are 'other modifying factors' and all these modifying factors relate to compromise of the immune system.

A diagnosis of periodontitis is established by inspecting the soft gum tissues around the teeth with a probe (i.e., a clinical examination) and by evaluating the patient's X-ray films (i.e. a radiographic examination), to determine the amount of bone loss around the teeth.

The ideal is to treat the root causes above, see Healing yourself - but there are symptom based approaches that do help here

Regular dental check-ups and professional teeth cleaning. Dentists have a number of medical procedures that aim to remove the plaque and clean the teeth, called scaling, thus in this respect they are treating both the symptoms and the cause by attempting to remove the bacterial source. Plaque and Calculus above and below the gum line must be removed completely by the dental hygienist or dentist.  Typically, dental hygienists (or dentists) use special instruments to clean (debride) teeth below the gumline and disrupt any plaque growing below the gumline.

But, studies show that after such a professional cleaning (periodontal debridement), microbial plaque tends to grow back to precleaning levels after about three to four months.  So the extra treatment is to concentrate on oral hygiene at home. 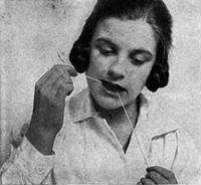 “Persons with periodontitis must realize it is a chronic inflammatory disease and a lifelong regimen of excellent hygiene and professional maintenance care with a dentist/hygienist or periodontist is required to maintain affected teeth”.

There are isolated cases where hallucinations have resulted from very severe peridontitis, but it appears that most of the hallucinations result from the pharmaceuticals used to treat the disease, where they have been used.

The principle pharmaceutical in this respect is Antibiotics