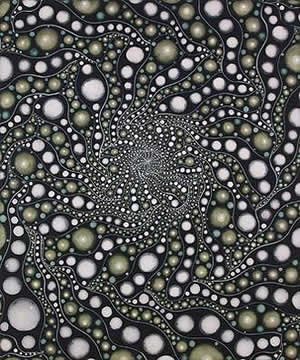 Carbogen, also called Meduna's Mixture after its inventor Ladislas J. Meduna is a mixture of carbon dioxide and oxygen gas.

Meduna administered carbogen to his patients "to help them relive traumatic experiences in order to purge them of their emotional excesses" ; a type of catharsis. It also "helped his patients become conscious of repressed traumatic events".  With proper preparation and administration, he found could "help clients become free of their neuroses".

Carbogen has also been used in psychology and psychotherapy to determine how a patient would react to an altered state of consciousness or to a sensation of loss of control. Individuals who reacted especially negatively to carbogen were generally not administered other drugs for fear of similar reactions.

The use of air with a high carbon dioxide content is much older than Meduna however.  Underground CO2/Sulphur dioxide etc gases from volcanic vents have long been used for divination and it is this connection that often made a site ‘holy’ or ‘sacred’  in the past, for example at Delphi.

Although I have described this 'medicine' used by the psychologists as a manufactured product, it is worth  bearing in mind that one can accidentally breathe Carbogen produced from a number of both natural and other processes.

Carbon dioxide is emitted naturally from volcanoes, hot springs, and geysers; and freed from carbonate rocks by dissolution.

Commercially carbon dioxide can come directly from natural carbon dioxide springs, where it is produced by the action of acidified water on limestone or dolomite.   There are also a number of known chemical routes to carbon dioxide. For example:

Carbon dioxide  is used in many consumer products that require pressurized gas because it is inexpensive and nonflammable and because it undergoes a phase transition from gas to liquid at room temperature at an attainable pressure of approximately 60 bar (870 psi, 59 atm), allowing far more carbon dioxide to fit in a given container than otherwise would.

So there are other routes to being dosed on carbogen besides your local psychologist. 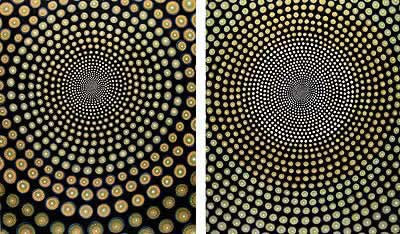 If you are lucky you will simply get hallucinations or perception recall, but as it is all too easy to overdose - either deliberately or accidentally-  then one should expect the following, all signs of having been poisoned

All these are signs for your psychologist to get you out quick and help you to breathe normally.  If he or she doesn’t you could die.  After the event you may find the overall negative effects might be 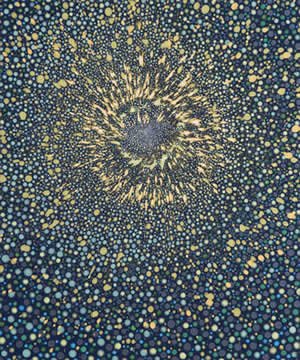 Technically the name given to what we induce is Hypercapnia or hypercapnea.  It is a condition where there is too much carbon dioxide (CO2) in the blood. Hypercapnia normally triggers a reflex which increases breathing and access to oxygen, but of course if we continue to breathe in the carbogen it does not increase the amount of oxygen.

When carbogen is inhaled, the increase of carbon dioxide in the lungs causes a perception in the brain, both psychological and physiological, of suffocation because the brain perceives an increase in carbon dioxide levels in the lungs as a decrease in oxygen levels. ... Therefore, inhalation of carbogen causes the body to react as if it were not receiving sufficient oxygen.