Amenorrhea  is the absence of a menstrual period in a woman of reproductive age. Physiologically normal states of amenorrhoea are seen during pregnancy and lactation, childhood and after the menopause.

Amenorrhea has a number of possible causes  – for example malnutrition, virus, bacterial attack, fungal attack, parasites or radiation damage for example.  But these causes are not direct,they act via the estrogen cycle, as such for more details of both causes and cures you need to read the section on  Estrogen imbalance.  For more general information on Estrogen itself and its role in the reproductive system see Estrogen.

It is worthwhile here however to also mention that a common cause of amenorrhea is extreme emotion, usually negative, but not always. 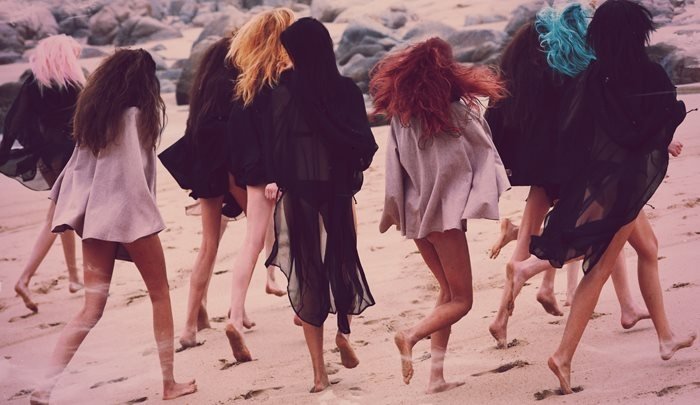 Fear of becoming pregnant when it is not wanted can itself result in the very symptom designed to make things worse.  Fear then feeds upon fear, anxiety upon anxiety.  Other negative emotions that have been known to stop periods include isolation and loneliness, shock, psychological trauma, the terror caused by being bullied, the emotions resulting from being raped. Here is a most unusual case history

As described in Illustrations Of The Influence Of The Mind Upon The Body In Health And Disease, Designed To Elucidate The Action Of The Imagination - Daniel Hack Tuke, M.D., M.R.C.P.,

It would be tedious to enumerate even a small proportion of the cases which are on record, showing the influence of emotion on the suppression of menstrual discharge.

Disappointed affections, every one knows, are a fruitful cause, and in such instances there can be no confusion between cause and effect.

The sequence of the phenomena is also clear when Rage operates, as in a case recorded by Brierre de Boismont, of a lady who was thrown into a furious passion by some circumstance in consequence of which suppression took place. Remedies failed to relieve her, and she became insane. Regarded as possessed, she was exorcised, but without effect.