Wenders, Wim and Donata - On working together 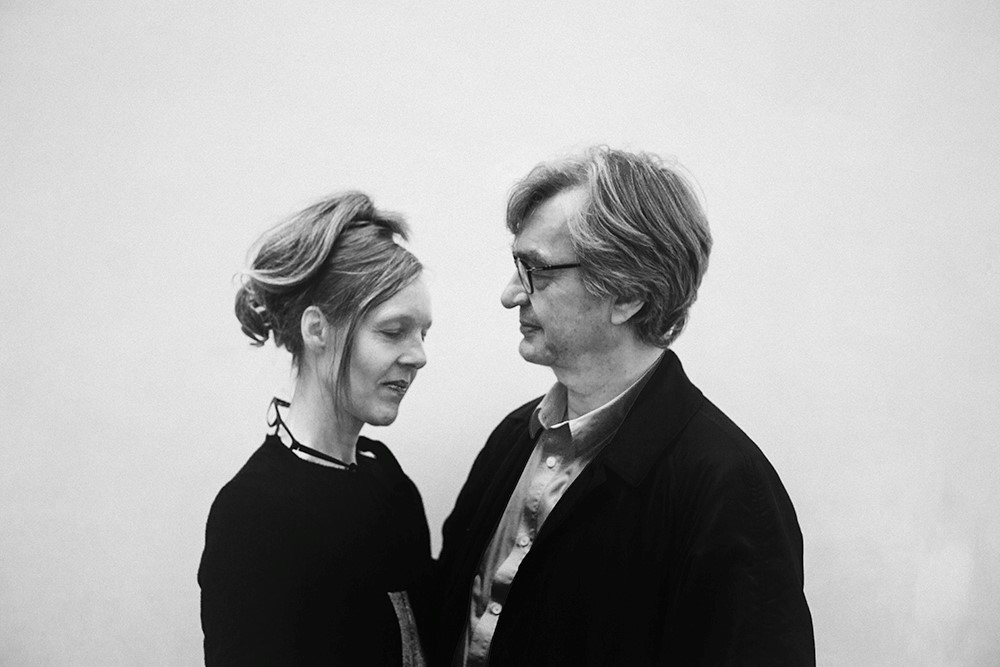 In Conversation with Wim Wenders and Donata Wenders  by Sabine Mirlesse

WW: Donata has her own work, and she is her own photographer except when I’m making a film. Then she works as still photographer on the shoot. Which gives her the most privileged view on the set. She’s always next to the camera. She knows every shot I’m doing. She sees everything that happens on the set. Nobody else knows it so well. Everybody has their jobs, they’re too busy. Donata’s job is just to watch. In the evening, she knows exactly how the day went and what I shot, what I didn’t get, she knows the back story, she knows what I might have fucked up during the day, too. She is my best critic and she knows everything more intimately than even my assistant. That is such a pleasure to have someone who understands what happened. But when I’m not shooting, she works on her own.

DW: We don’t interfere with each other’s work. He does his work with the film camera and the actors, and I never say things to him, because he has to be alone when he creates something. But still I’m there and I know what’s going on during the shoot.

SM: Do you ever feel overshadowed by the brand of “Wim Wenders”, Donata?

DW: I feel it is more like a nice umbrella. It also has to do with our age difference. I think it’s more difficult for people who are the same age. But I don’t have to compare or compete. That’s useless anyway. It’s not the point. For us, it’s more about being together, going through life together, and making sure that each of us can blossom more.

SM: ….. Were you each individually “believers” before meeting or was it something you discovered more as a couple?

WW: It strengthened our relationship. We’ve been married for 24 years now.

DW: I knew that I could never marry a man who did not believe in God. So when I heard that he was, well… oh and once you even told me you wanted to become a priest when you were young!

WW: I got sidetracked by rock and roll and pinball machines…

DW: Which is cool… I don’t think it has to be one or the other. Anyway, this for us is the rock on which we stand: our faith.

SM: What’s the most difficult thing about being together as a dual artist couple?

WW: It’s not difficult! It’s a privilege! We love it.

SM: What is the most beautiful place you have ever been?

WW: Mine would be the Australian desert. It is such an old landscape. It is inhabited by these beautiful and serious people, the Aboriginees. They don’t even have words for conflict or war. I think I became a photographer in Australia, in that landscape. That’s where I started to have a personal relationship to space, to the horizon, to places, driven by their ideology or belief – even it is not a religion – that landscapes are mythical beings. That is my favorite landscape. I have slept there in the open, on the ground, for months, under the big sky. I haven’t been back for years…

Beauty, art and music
Believing in the spiritual world
Communing with nature
LOVE