Wikipedia
Yasujirō Ozu (小津 安二郎 Ozu Yasujirō, 12 December 1903 – 12 December 1963) was a Japanese film director and screenwriter. He began his career during the era of silent films. Ozu first made a number of short comedies, before turning to more serious themes in the 1930s.

Marriage and family, especially the relationships between the generations, are prominent themes in Ozu's work. His most lauded films include Late Spring (1949), Tokyo Story (1953), Floating Weeds (1959), and An Autumn Afternoon (1962).

His reputation has continued to grow since his death, and he is widely regarded as one of the world's most influential directors. In the 2012 Sight & Sound poll, Ozu's Tokyo Story was voted the greatest film of all time by world directors. 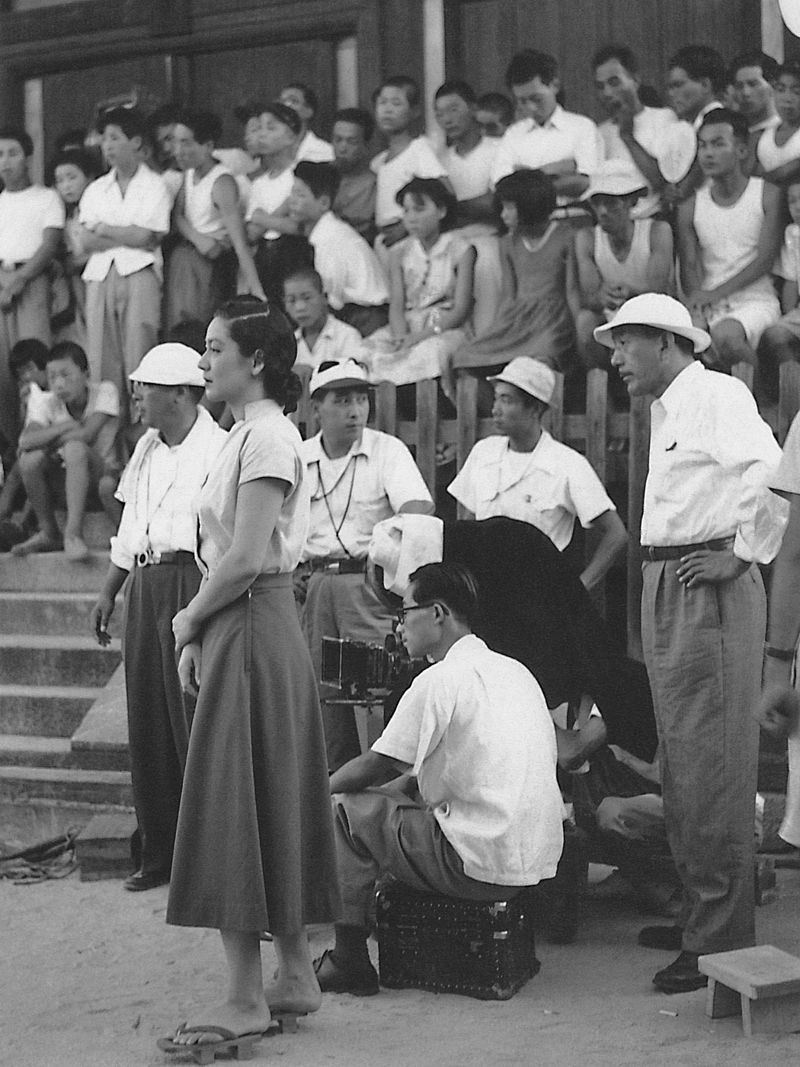 Tokyo-ga - Getting the Shot with Yuharu Atsuta

Tokyo-Ga is a 1985 documentary film (shot in spring 1983) about filmmaker Yasujirō Ozu directed by Wim Wenders. The film ranges from explicit focus on Ozu's filmmaking—Wenders interviews Ozu’s regular cinematographer, Yuharu Atsuta, and one of Ozu’s favorite actors, Chishū Ryū—to scenes of contemporary Tokyo such as pachinko and plastic food displays. Wenders introduces the film as a "diary on film." It was screened in the Un Certain Regard section at the 1985 Cannes Film Festival.

Wenders has often indicated that he considers Yasujirô Ozu to be his all-time grandmaster.