Are they cats or are they something else? 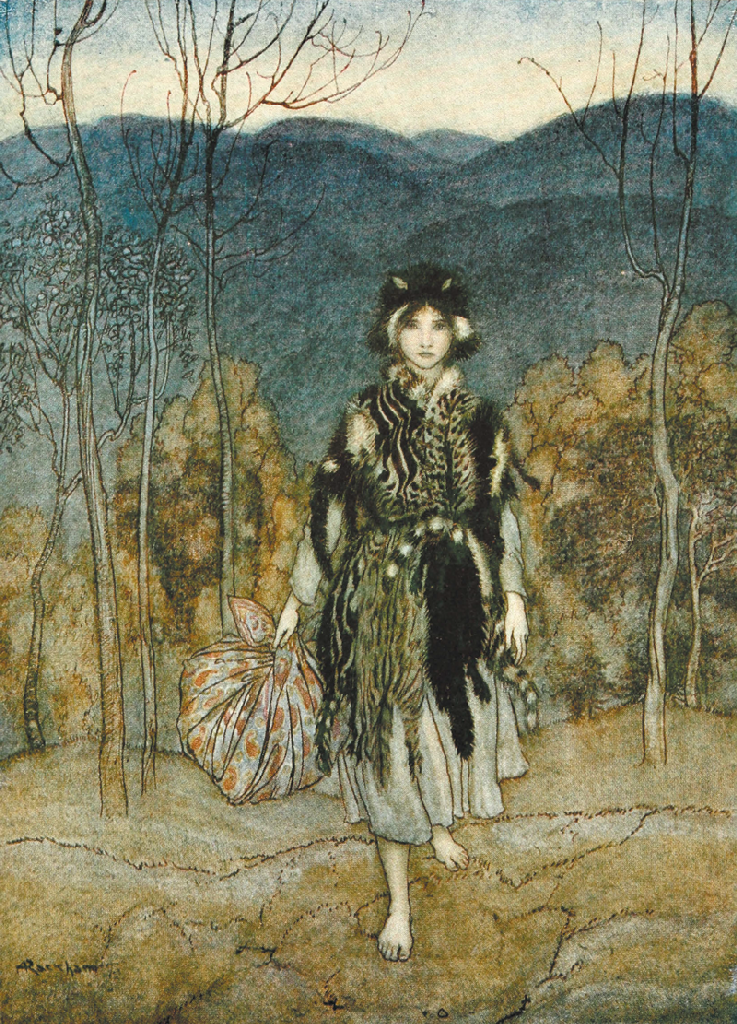 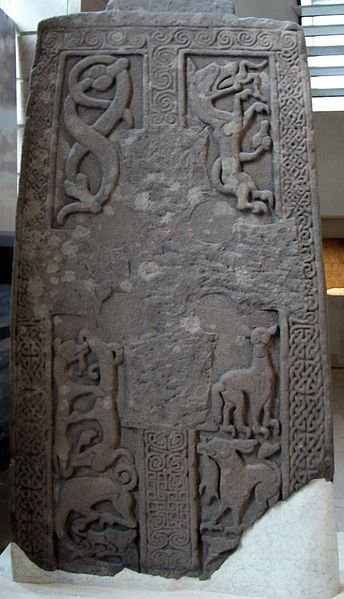 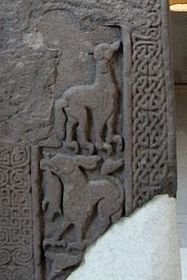 -          Fib ruled for twenty-four years over Fife and Kinross. Professor Watson suggests the name may be personal and the meaning obscure. In the Book of Deer the people of Fife are called the cu-sidhe - the fairy hounds.

-          Foltlaig or Folla ruled for thirty years over Atholl and Gowrie. Fotla was a goddess of Ireland and a name for that country. Thus Atholl means 'new, Ireland'

-          Fortria (Fortrenn) ruled for seventy years over Strathearn and Menteith. The name is thought to be the gaelicized form of Verturiones. Its meaning is obscure but may be connected to the River Forth. It might mean 'people of the slow winding river'.

-          Ce ruled for fifteen years over part of Aberdeenshire including Bennachie. Ce may survive in the name of Keith in Banffshire. An ancient Irish legend tells of certain Frigriu who eloped to Ireland with the daughter of a man from lona.  Frigriu is called the 'artificer of the Pictish plain of Ce' [a skilled craftsman or inventor.].

-          Cirech or Circenn ruled for sixty years over Angus and the Mearns. The name may mean 'crest-headed'. A battle was fought on the Plain of Circinn against the Scots. W.F. Skene mentions a certain Crus, son of Cirech, who was a chief warrrior of the Picts.

A different cross from Meigle, this time the cat [if indeed it is a cat] is to the South west of the religious centre 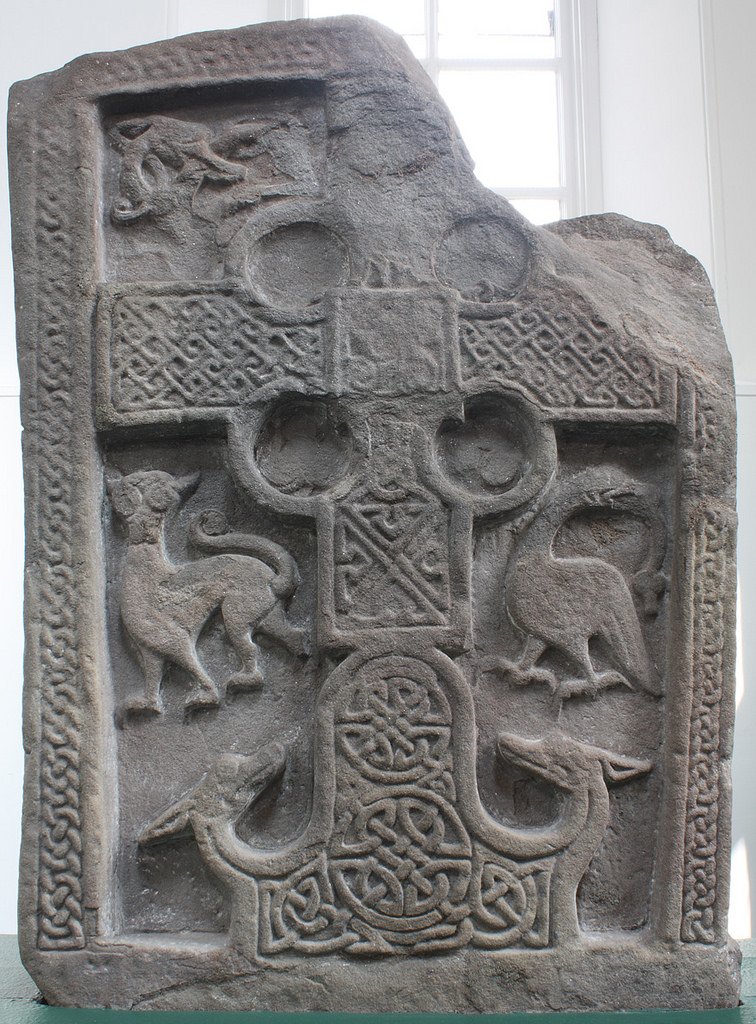 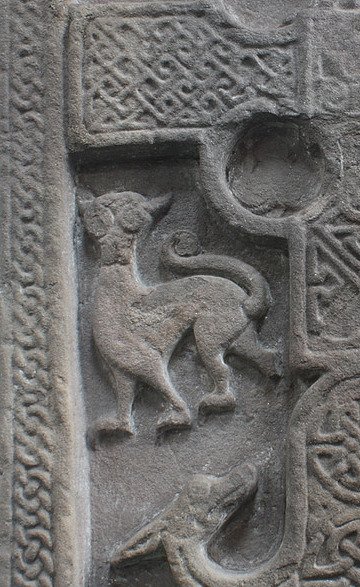