After Kathleen Newton's death, Tissot returned to Paris. A major exhibition of his work took place in 1885 at the Galerie Sedelmeyer, where he showed 15 large paintings in a series called La Femme à Paris. Unlike the genre scenes of fashionable women he painted in London, these paintings represent different types and classes of women, shown in professional and social scenes. The works also show the widespread influence of Japanese prints, as he used unexpected angles and framing from that tradition. He created a monumental context in the size of the canvases.

It also appears he embraced symbolism, as suddenly his pictures use it extensively 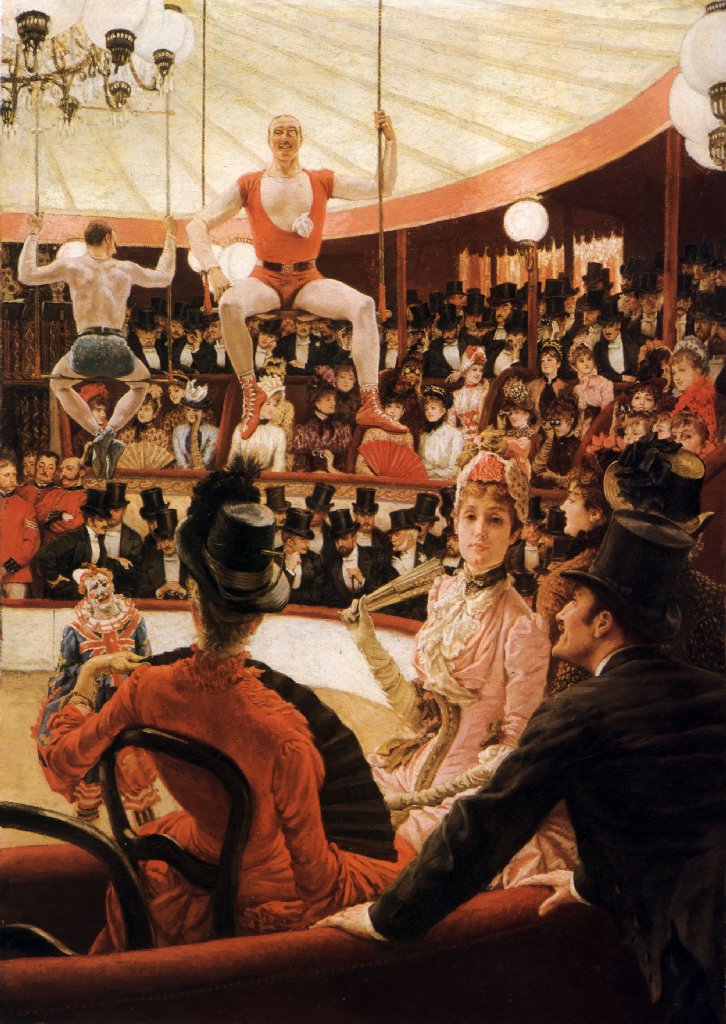