The Monument of Sir Humfrey de Littlebury at All Saints, Holbeach 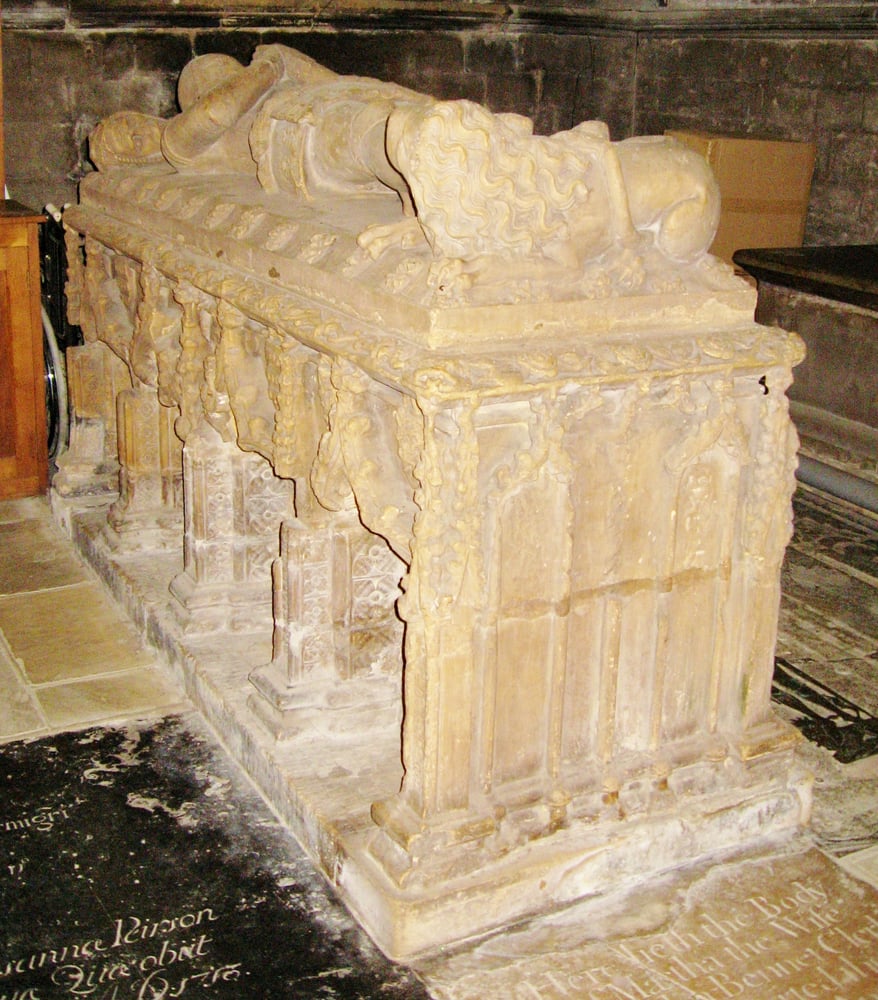 All Saints church at Holbeach in Lincolnshire, UK is a large parish church which dates from the 14th century.

From the outside, the church is dominated by its tall spire, built in the 14th but remodelled in the 15th century.

Much of the furnishing is Victorian, but the north aisle tombs are of special interest. Pride of place goes to the tomb chest and effigy of Sir Humphrey Littlebury of Holbeach Hurn, (d. c.1380). The Humphrey de Littlebury tomb stands in the centre of the westernmost bay of the north nave aisle at Holbeach.

Very few understand the symbolism of his tomb, which superficially seems to show him lying and resting his head on the decapitated head of one of his victims.

The assumption is then that he must have fought in the crusades and this is someone he killed.

But this is not the explanation. 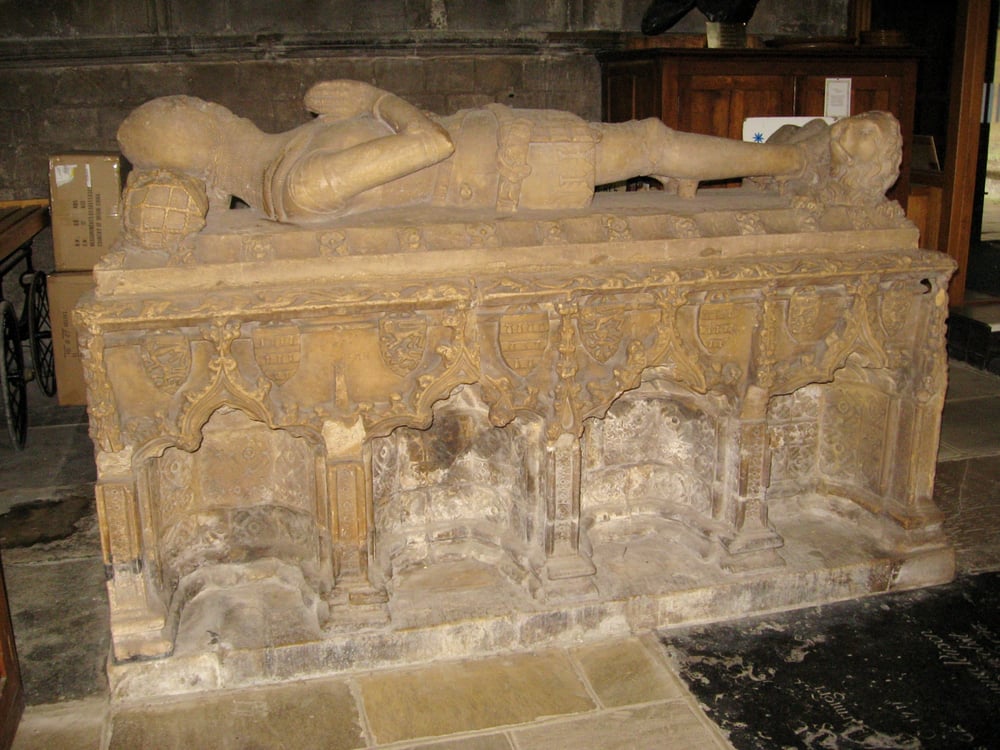 The Crusades were a series of military campaigns during the time of Medieval England against the Muslims of the Middle East. In 1076, the Muslims had captured Jerusalem – the most holy of holy places for Christians. Thus the Christians fought to get Jerusalem back while the Muslims fought to keep Jerusalem.  If we look at the dates of the Crusades, however,

We can see that it is technically impossible for Sir Humphrey to have fought in these wars, as he died in 1380 over 100 years after the last crusade.  And in the following paper we see that he was a servant of the king, not a crusader, symbolically in the hero’s role – a knight in other words who – though he may never have even worn a uniform is depicted as a knight in heraldic and spiritual terms.

All Saints church at Holbeach in the Lincolnshire fens contains one of the most impressive and formally unusual of all mid-14th-century English funerary monuments. It was made c. 1340-60 to commemorate Sir Humphrey de Littlebury, an active if relatively minor royal servant whose greatest honour was appointment to joint-captaincy and admiralship of the royal fleet in 1315. ……This paper argues that the chest was made in two parts by different but contemporaneous hands, and that the effigy was added approximately twenty years later. ….. the year of his death is fixed at 1339. 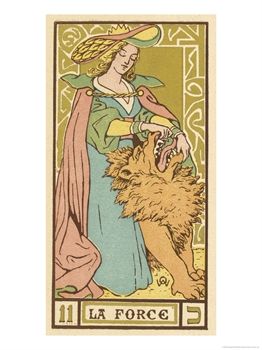 The effigy has all the accoutrements of the symbolic hero – the knight – it is in full plate and mail armour, has a sword belt, sword and shield [see links below for symbolic meaning].

His feet are resting on a lion. 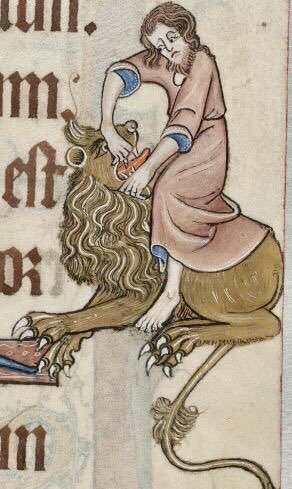 This symbol is well known from both the Tarot card for ‘Strength’ and even books like the Luttrell Psalter [see right].

The symbolism is key, as this knight was on the spiritual path  - knowledge of which had been gradually confined to the upper echelons of society and withheld from the working and peasant classes.

His head is enrobed in not just a helmet, but chain mail.  Now chain mail, when used on pictures or statues of people on the spiritual path, has a very distinct meaning, relating to their ability to communicate with other spiritual travellers via their mind.  Sir Humphrey was thus, in our terms, a medium, or could experience inter-composer communication. 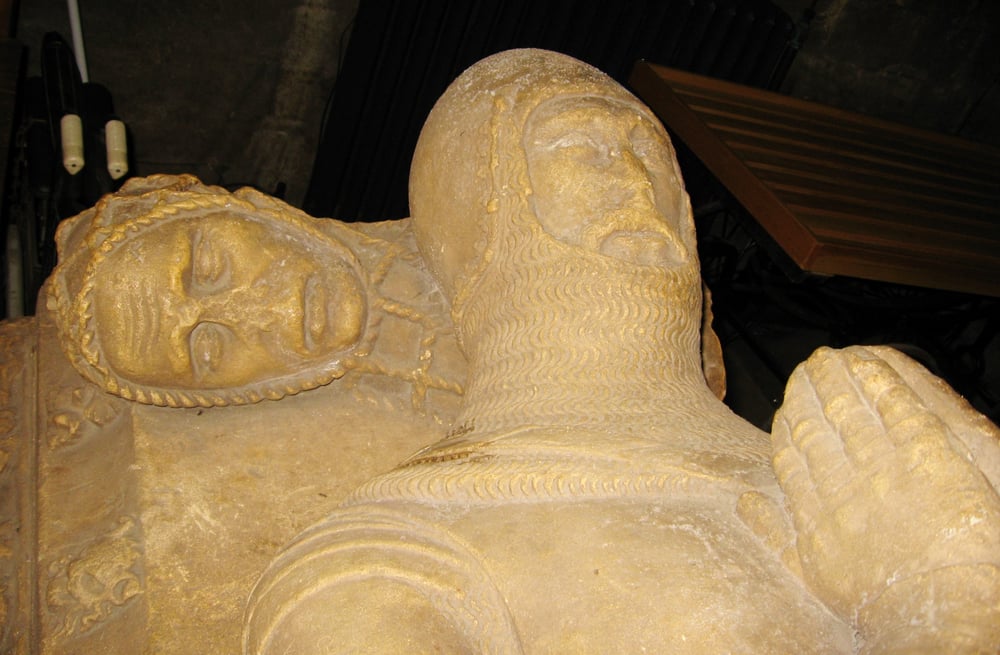 But what of the head?  It is extraordinarily well carved and detailed, and the head covering shows a net, implying advanced mediumistic skills and the ability to explore group perceptions; for the head is his, and Sir Humfrey had symbolically been 'beheaded', a term many of us may be familiar with from Lewis Carroll's Alice in Wonderland.

Carroll knew the symbolism well and it seems our knight had been through the process.

In other words, in entirely coded sculpturing of this man's grave we know what stage he reached on the spiritual path and the processes he had been through.  In Freemasonry terms - what 'degree' he had reached, and indeed his tomb also adds to this detail.

One assumes his sons wished to memorialise their father's achievements in stone, and so they did.