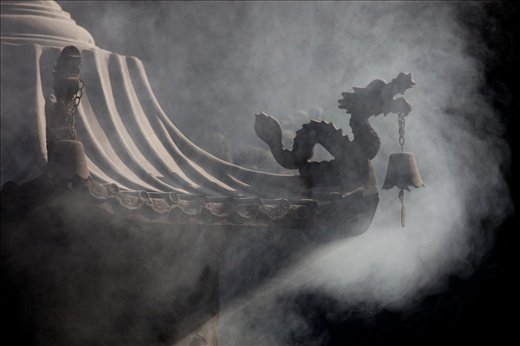 A man who is a good lover does not precede the woman; only when the woman has the desire can a good lover make love. Do not be precipitous, do not be domineering; do not force, but do not be hesitant. Make sure to be slow to prolong the act, and make sure to be gentle to maintain self-control, so you do not climax when on the brink of climax; then the woman will be greatly delighted.

Breathing through the open mouth expels negative energy and increases positive energy. Panting means respiration becomes rapid; now female genitalia open up. Sighing is accompanied by rapid movement of the buttocks to stimulate the labia. Groaning signals intense pleasure and the beginning of preorgasmic tension. Nibbling means she has climaxed and wants to go on longer.

So the male is categorized as yang, and yang is associated with the external, while the female is categoized as yin, and yin is associated with the internal. The stimulation of the male is on the outside, while the stimulation of the female is on the inside; this is called the logic of yin and yang, the reason of female and male. If it is done wrong, the fault is simply in the methodology.

What is essential in the pleasure between females and males is a matter of taking it slowly and continuing for a long time. If the man can go slowly and continue for a long time, the woman will be greatly delighted, feeling more friendly toward him than siblings do toward each other and more loving toward him than are parents toward their children. Those who are able to master the science are called celestial knights.