The Ebstorf world map was produced in Lower Saxony between 1235 and 1240.  It is one of the largest and most richly detailed maps known to have been produced in Europe during the Middle ages.  The author has represented the Earth within the embrace of a gigantic Christ indicating the map is a spiritual mapping, not geographic.  Christ’s head is in the East, his feet are in the west.

Although the detail makes it difficult to see all the features, it shows, castles, palaces, cities, mountains and boundaries, oceans and islands as well as streams and rivers. 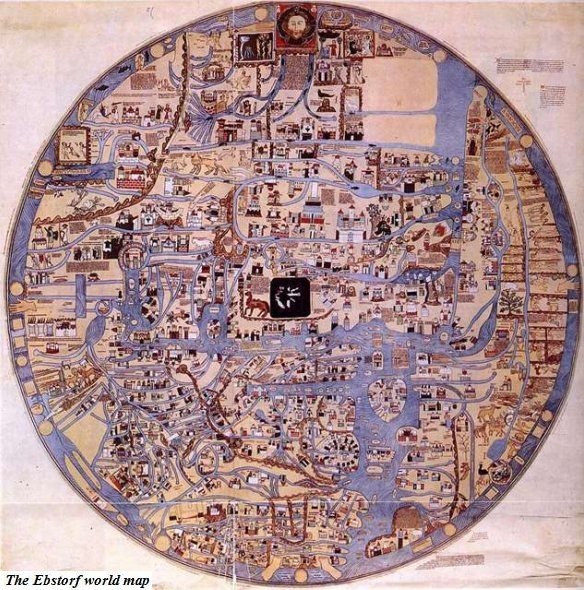 Map of the Egg
World map