Once Christianity had spread across Europe and Scandinavia, a child who exhibited any sort of shamanic powers was called a ‘changeling’ – a child who had been swapped for the real child of a family by elves or similar.  This then enabled the family to survive any Christian persecutions, although the poor child was usually hounded and had a miserable time.

The following story is like many others of its time.  An apparently silly story about a baby who wasn’t a baby but an elf in disguise who had magic powers.  But all stories have their origins in a sort of truth and the truth here seems to be centred on the shamanic powers of the child and the strange effects that bagpipes – when played expertly – can have.

Note that the idea of spinning here is probably related to that of the whirlpool and tunnel, the music promotes spiritual experience of some sort 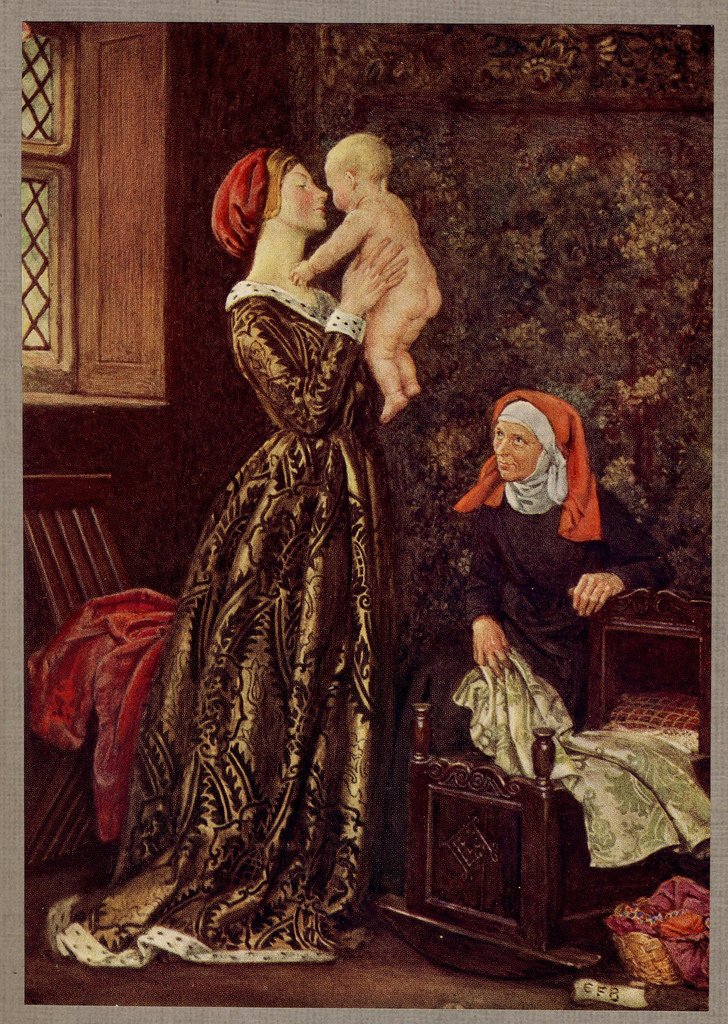 Now one afternoon it came to pass that Tim Carrol, the blind bagpiper, an old friend of the family, called in and sat down near the fire to have a bit of a chat.  As he had brought his bagpipe with him, they soon asked him to treat them with a tune.  So blind Tim Carrol buckled on his bagpipe and began to play.

Presently [the family’s youngest child – suspected of being a ‘changeling’] raised himself in his cradle …and evidently manifested excessive delight at the nasal sounds.  When the affectionate mother saw how eagerly the child stretched out both its hands for the bagpipe she begged old blind Tim Carrol to [let him play] and as he was not the man to say ‘no’ he mildly laid the bagpipe upon the cradle.  But how great was their astonishment when the child took up the instrument and handling it like a practised bagpiper, played without the least effort a lively jig, then another, even more lively and several others in quick succession.

The first thing the father did was to sell his pig and to buy a bagpipe for his prodigy.  It soon turned out that the rogue had a peculiar tune of his own, which made people dance however little they might feel disposed for dancing.  Even his poor mother happening to come into the room one day with a pailfull of milk and hearing that bewitching tune must needs let the pail drop, spill all the milk and spin round like a top

Listening to drones and bagpipes