There is evidence for totemic beliefs in the Upper Paleolithic period of at least 12,000 years ago and the totem concept was once very strong and widespread.  Ancient European tribes such as the Chatii or Epidii were totemic in their beliefs.  A totem group of people is usually a group of people, whether ancestors long dead or family who are living, who are related genetically. The group of Higher spirits, departed or still living, forms a collective consciousness with more power as a group than it has individually. If a shaman is able to access this collective consciousness as opposed to just his own memory and knowledge he is able to tap into accumulated wisdom – he becomes wiser.

In ancient days, animals were as much a part of this collective grouping as were humans.  Totem animals were both familiars and were the animals that a shaman most identified with when shape shifting – the totem animals being the ones into which the shaman felt he shifted. 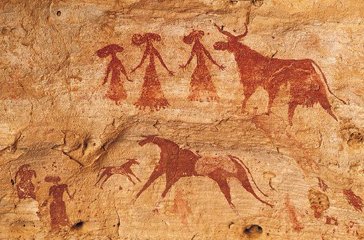