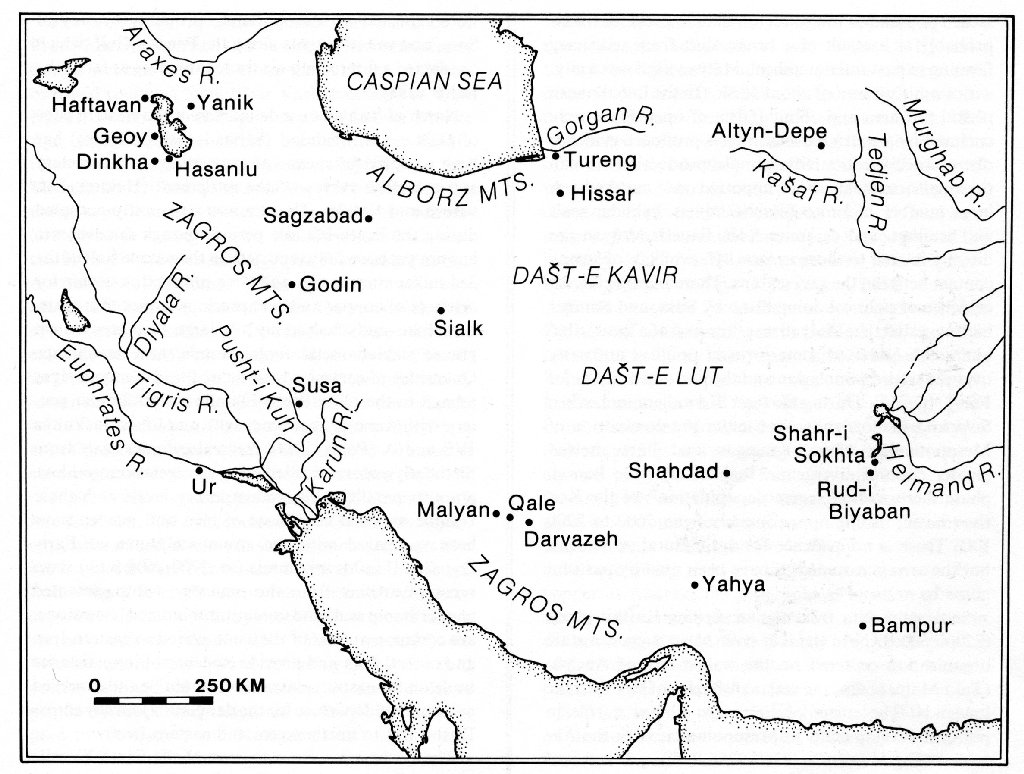 Teppe Hasanlu or Tappeh Hassanlu (Persian: تپه حسنلو) is an archaeological site of an ancient city located in northwest Iran (in the province of West Azerbaijan), a short distance south of Lake Urmia. The nature of its destruction at the end of the 9th century BC essentially froze one layer of the city in time, providing researchers with extremely well preserved buildings, artefacts, and skeletal remains from the victims and enemy combatants of the attack.

Given its destruction before the Achaemenid Period and the Seleuco-Parthian Period, there seems no reason to include it as specifically Zoroastrian, but its layout and structure indicate the same sacred geography as that used for Zoroastrian sites.  This tends to add weight to the idea that there was one underlying mystic system in place with local variations, Zoroastrianism was a variant.

Hasanlu Tepe is the largest site in the Gadar River valley and dominates the small plain known as Solduz. The site consists of a 25m high central "citadel" mound, with massive fortifications and paved streets, surrounded by a low outer town, 8m above the surrounding plain. The entire site, once much larger but reduced in size by local agricultural and building activities, now measures about 600m across, with the citadel having a diameter of about 200 m.  The site was inhabited fairly continuously from the 6th millennium BC to the 3rd century AD.

At around 1250 BC, The High Mound of Hasanlu was almost certainly fortified, in other words before this there were no fortifications, and an internal gateway, large residential structures, and possibly a temple were located in this citadel. The Low Mound was also occupied. The best evidence of this coming from a house excavated in 1957 and 1959 dubbed the "Artisan's House". This structure derives its name from the fact that evidence for metalworking, primarily the casting of copper/bronze objects, was found there.

At the end of this period [Hasanlu IVc/Iron I], Hasanlu was destroyed by a fire. Evidence of this destruction was discovered on the High and Low Mound. This destruction dates to around 1050 BC. While the destruction was extensive, the settlement's occupants seem to have rebuilt the citadel, cutting down the mudbrick walls of the burned structures to their stone footings and erecting new brick walls. The buildings of the new settlement were based on their precursors, but were larger and more elaborate in their layout and ornamentation. The primary example of this being the monumental columned halls of the citadel.

The continued presence in significant quantities of Assyrian goods or copies, alongside objects of local manufacture, attest to continued cultural contact with Assyria at this time; iron first appears in bulk at Hansanlu at around the same time Assyria seized control of the metal trade in Asia Minor.

Hansanlu was catastrophically destroyed, violently sacked and burnt at around 800 BC.  Over 150 human victims were found where they had been slain. Some victims were mutilated and distributions of other bodies and the wounds they received suggest mass executions.

The buildings of the Lower Court were arranged around a stone-paved court. Burned Building II likely served as a temple, and it was in this building that the excavators found over 70 massacred women and children — only a few adult males were found among the victims.

Following Hasanlu's destruction, the High Mound was used as the site for a Urartian fortress. A fortification wall with towers at regular intervals was constructed around the edges of the High Mound.

Hasanlu was occupied fairly continuously during the Achaemenid Period and the Seleuco-Parthian Period. 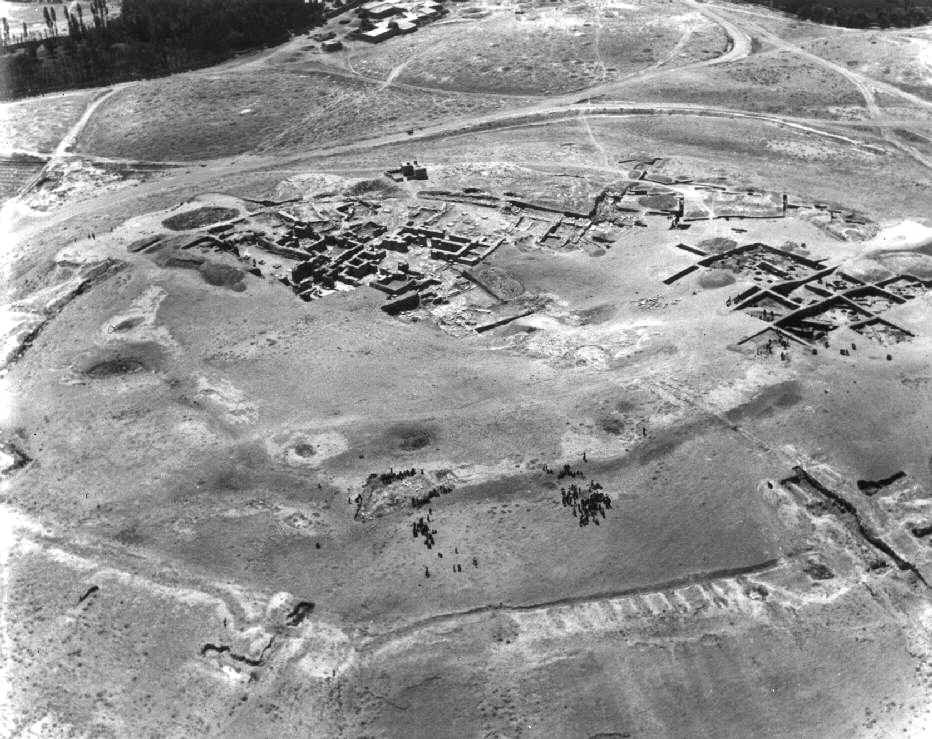 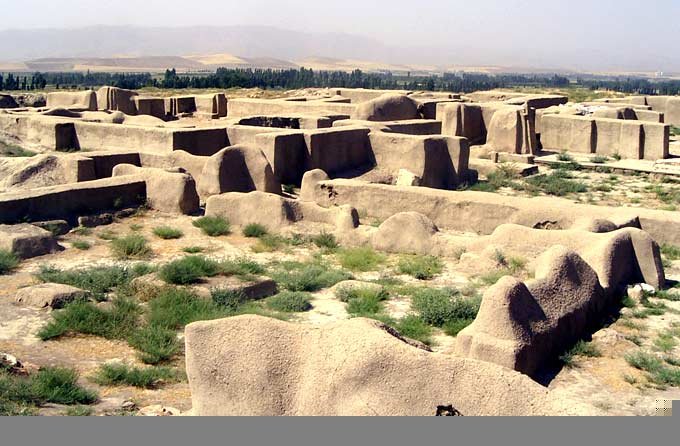