PLEASE NOTE THAT WE ARE UNSURE ABOUT THE ATTRIBUTION HERE, THE SOURCES WE HAVE USED ARE UNCLEAR AND CONTRADICTORY.

The symbolism for the eagle is described in the entry in the symbol section found by using the link.

We believe that the Eagle was a symbol for the Air Element.  The alternative if the Aether element, but there are no clues as to which might be correct - if any. 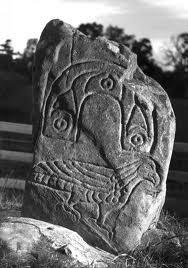 Aquila is a constellation on the celestial equator. Its name is Latin for 'eagle' and it represents the bird that carried Zeus/Jupiter's thunderbolts in Greco-Roman mythology.

Its brightest star, Altair, is one vertex of the Summer Triangle asterism. The constellation is best seen in the northern summer, as it is located along the Milky Way. Because of this location, many clusters and nebulae are found within its borders, but they are dim and galaxies are few. 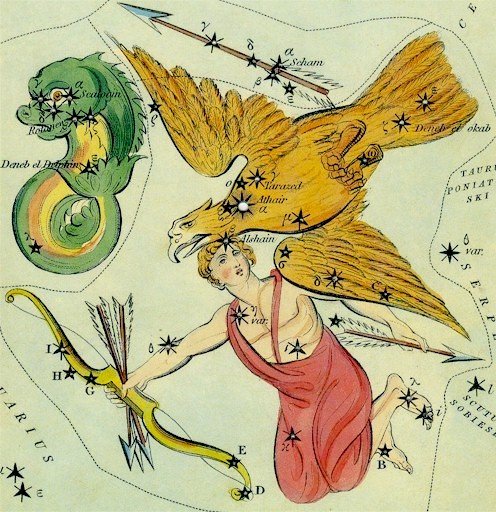