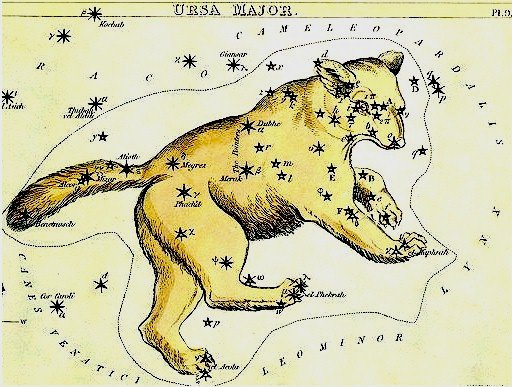 Ursa Major constellation lies in the northern sky. Its name means “the great bear,” or “the larger bear,” in Latin.

The smaller bear is represented by Ursa Minor. Ursa Major is the largest northern constellation and third largest constellation in the sky. Its brightest stars form the Big Dipper asterism, one of the most recognizable shapes in the sky, also known as the Plough. Ursa Major is well-known in most world cultures and associated with a number of myths. It was one of the constellations catalogued by the Greek astronomer Ptolemy in the 2nd century. In Greek mythology, it is associated with Callisto, a nymph who was turned into a bear by Zeus’ jealous wife Hera. 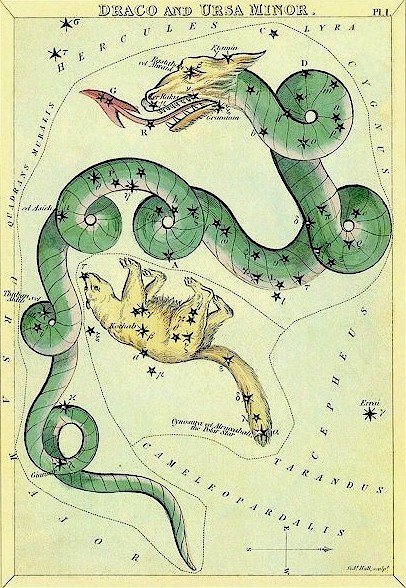 Pictish carving of a bear from Shandwick Scotland 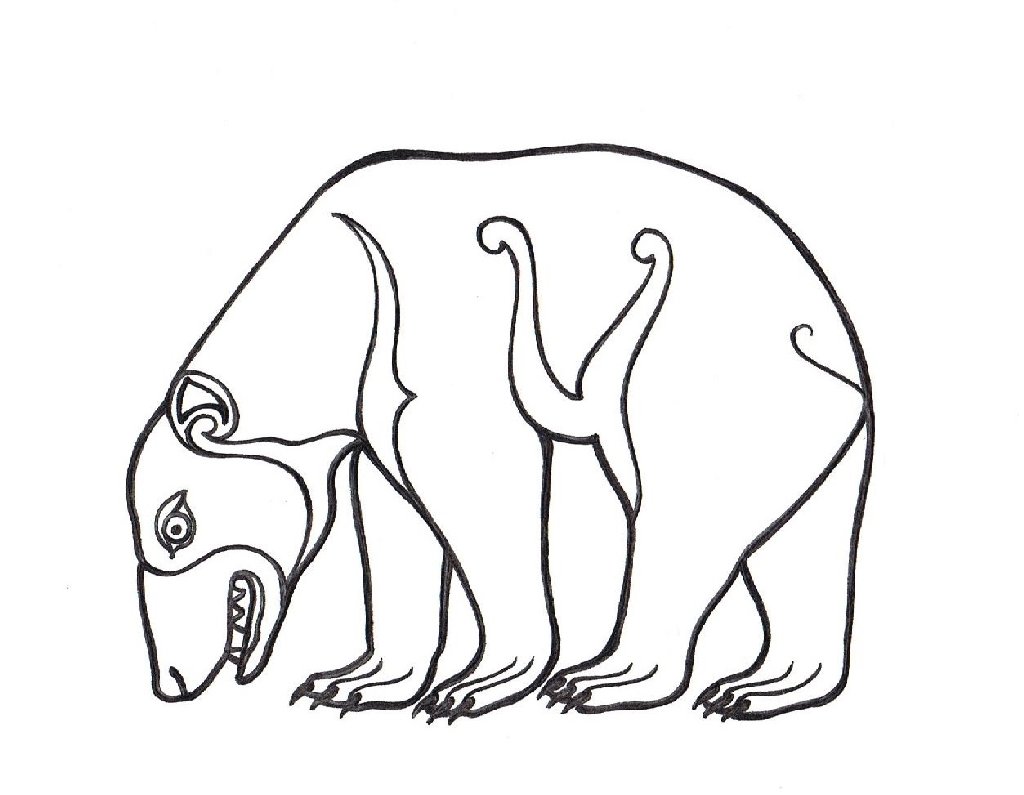