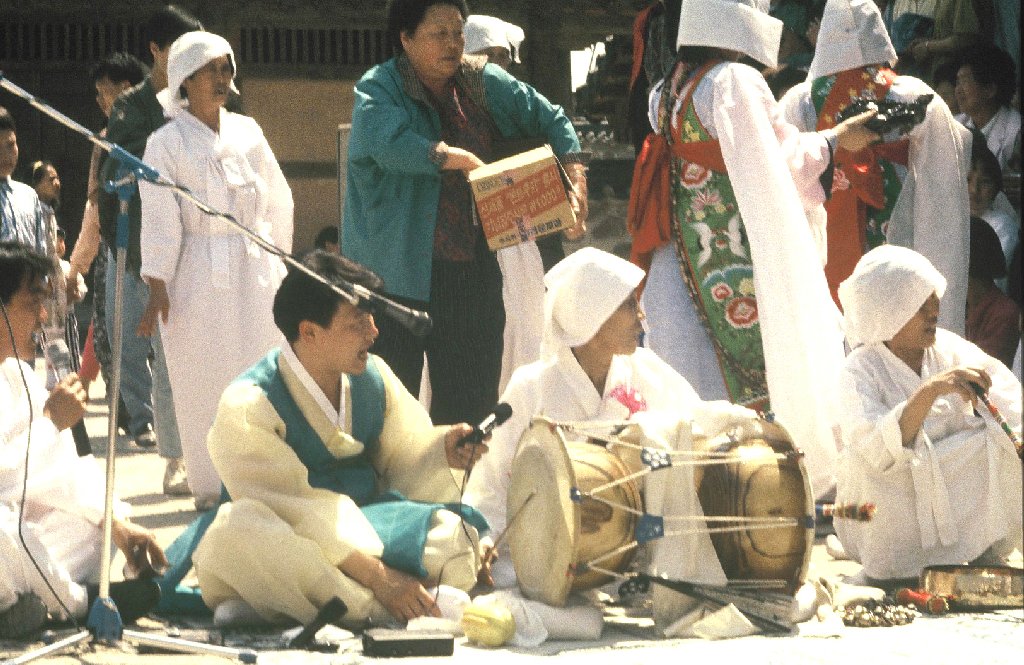 In Korea, the symbolism of the frame drum has, of necessity, disappeared in the ubiquitous drum, the double-headed hourglass-shaped changgo or changgu. The two drumheads create a sealed body that lacks any opening; the practitioner cannot sing into the instrument, it cannot be metamorphosed into a boat or a horse, and it cannot function as a channel between the worlds of spirits and men.

In the south-west, it gains greater symbolic significance when a branch of bamboo encased in a knotted piece of paper, the sondae, is threaded through the drum's thongs to become a temporary resting place for the deceased's soul. Upended, the drum is beaten by the shaman as she welcomes the spirit of pox: the danger inherent in addressing this spirit means she and the deceased must stand (hence, she tums the drum on end, and strikes just one drumhead).

On the southern Cheju island there were no changgo until after 1945, and a pottery or gourd water vessel, the hobok, sufficed. This was partially filled with water and struck with the palms of the hands or with a small stick. A similar instrument known as the mul pagaji or mul changgu was sometimes used in parts of the south-western Cholla province. This was a gourd placed upside down in a bowl of water, which resonated when struck. Early in the twentieth century it is reported to have been common in rites of passage for childbirth and marriage conducted by a shaman. A colloquial term, toshin, combines the idea of prayer with an onomatopoeic representation of the sound. 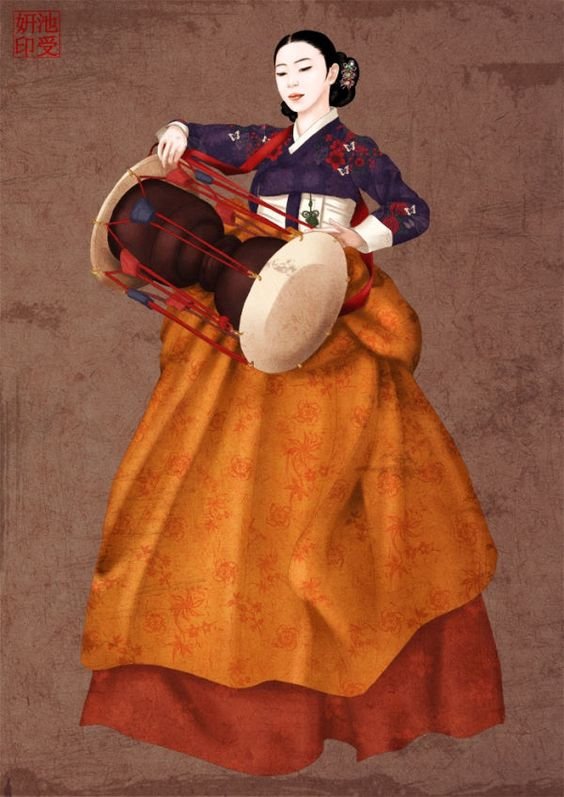