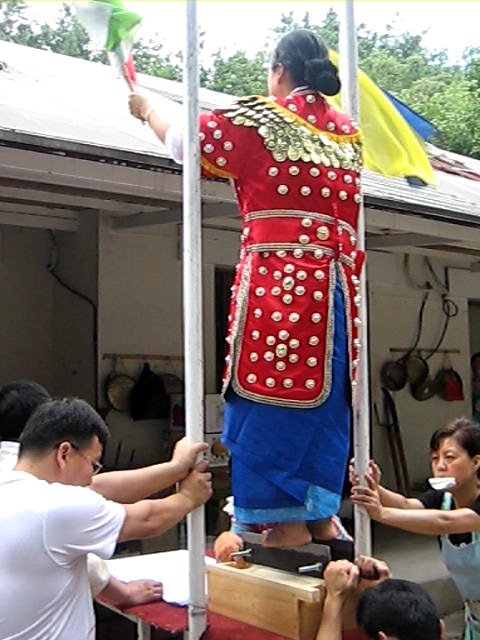 The Mudang, in performing the feat which is called ‘riding the blades’ is symbolically crossing a bridge – in some systems called the sword bridge and the dangerous bridge.  A bridge is both a concept and a symbol, but in this context it is largely being used as a symbol.

By crossing, in ecstasy, the ‘dangerous bridge’ that connects the two worlds and that only the dead can attempt, the shaman proves that he is spirit, is no longer a human being, and at the same time attempts to restore communicability that existed in illo tempore between the world and heaven.  For what the shaman can do today in ecstasy could, at the dawn of time, be done by all human beings in concreto; they went up to heaven and came down again without recourse to trance.  Temporarily and for a limited number of persons – the shamans – ecstasy re-establishes the primordial condition of all mankind. 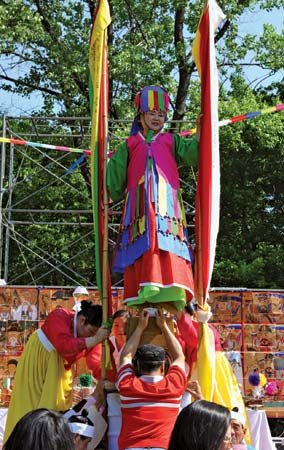 In cosmological myth, bridges sometimes lead from the realm of mortals to the land of the dead, or to the abode of the gods. Zoroastrian myth tells of the Cinvat (‘separation’) bridge, ‘the holy bridge made by Mazda’ that stretches over hell to paradise, ‘which is the route of every one, righteous or wicked; the width across the route of the righteous is a breadth of nine spears, each one the length of three reeds, but the route for the wicked becomes like the edge of a razor’ .

The bridge is suspended between two mountains, one in the centre of the world, one at the rim. This serves to reinforce the liminal bridge’s status, by linking the range of mountains believed to encircle the earth, that which separates the outside from the inside, with that of the axis mundi, which keeps earth and sky apart.

Similar bridges occur in the traditions of the Ossetes, Armenians, and Georgians; and the bridge al-Sirat (‘the path’) of Islamic tradition is almost certainly derived from Zoroastrian cosmology. 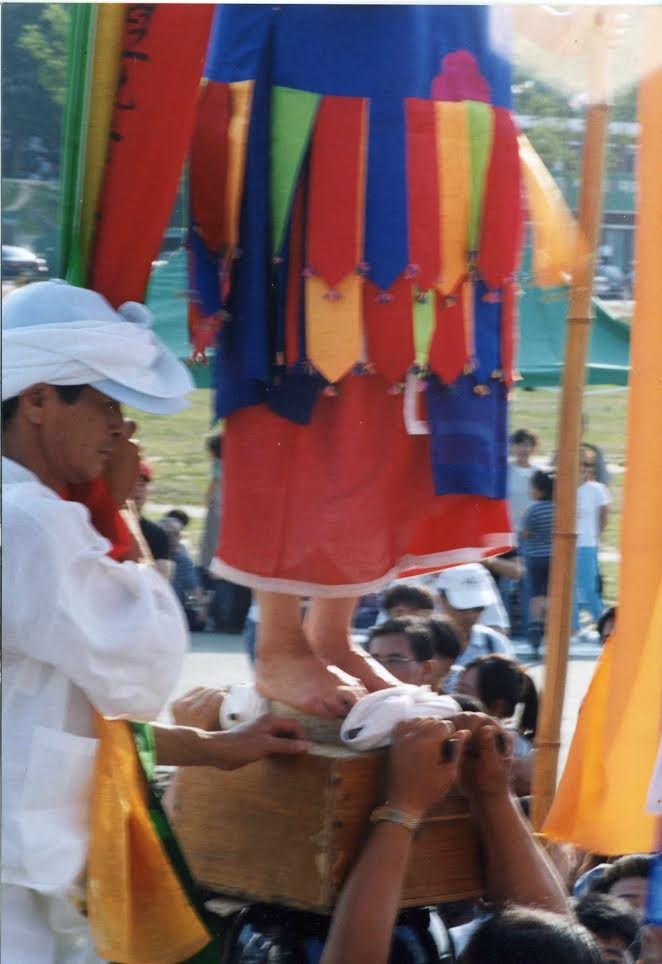 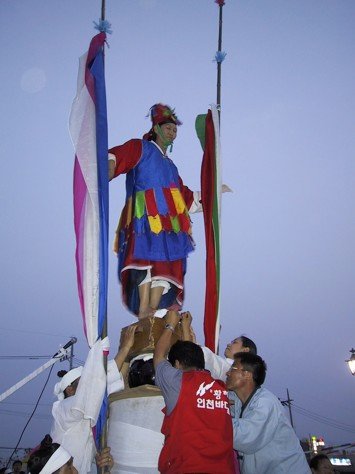