I have put this observation in out of interest, but I have severe doubts whether it is a genuine levitation.  This comment sums up the problem:

"it is very clear in pictures that there is some support to his hand and and a frame is attached to his body to hold him horizontally.
And if this yogi can float his body in air then there is no need of tent and clothes.
It is difficult to find A real Yogi because only a pure Heart can meet them." 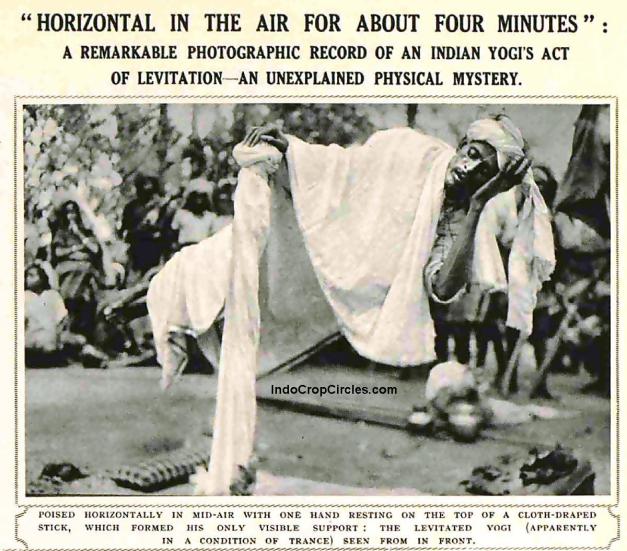 Yogi Pullavar, also known as Subbayah Pullavar, was an Indian man who on 6 June 1936 was reported to have levitated into the air for four minutes in front of a crowd of 150 witnesses.

Yogi's feat was publicly observed and photographed in an exhibition that occurred in South India. The feat was executed around noon on a sunny, cloudless day and in an area where visibility was not obscured. The Illustrated London News printed the story and photos which were taken from various angles by P. T. Plunkett who was a witness present that day and scrutinized the entire event. 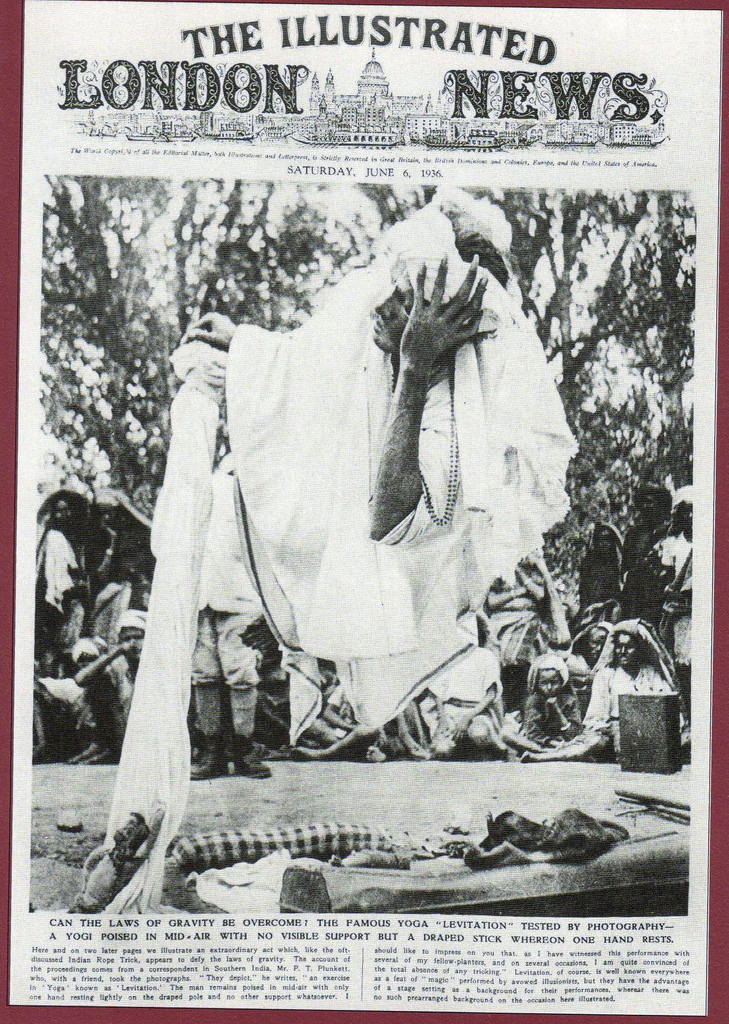 Yogi Pullavar’s assistants erected a small tent in an open area where Pullavar began by ritualistically pouring a circle of water around the perimeter of the tent. Shoes were not permitted within the area marked by the circle. Yogi Pullavar then entered the tent where he remained hidden from view for a few minutes, after which the attendants then removed the tent. Once revealed, Yogi Pullavar was seen suspended horizontally several feet above the ground. He was in a trance, lightly resting his hand on top of a cloth covered stick. It was asserted by witnesses present that Yogi did not exert pressure on the stick for support, but instead used it as a point of reference. Many photographs were taken from various angles of this exhibition and witnesses present were permitted to thoroughly examine the levitation. They meticulously searched for strings, props and any means of possible support above, below and around the levitating Pullavar, however nothing was found.

After four minutes the attendants erected the tent around Yogi Pullavar to shield him as he made his descent. P.Y. Plunkett positioned himself so that the sunlight enabled him to discern Pullavar through the thin cloth tent walls. He reported noticing Yogi Pullavar gently swaying for a short time while still in mid-air. Finally, he slowly sank in a horizontal position to the ground. The entire process took an estimated five minutes to complete.

When the tent was again removed, Yogi Pullavar was lying on the ground, still in a deep trance. Volunteers were asked to try to bend Pullavar’s limbs. His arms and legs could not be bent from their locked position. Attendants had to splash water on Yogi Pullavar and rub him down for five minutes before he finally came out of his trance and was once again able to use his limbs.