After the mid-1890s Strindberg increasingly believed that nature is of a spiritual character and … claimed that nature tended to manifest itself to man in signs and symbols that are difficult to interpret. During the last years of his life he was very preoccupied with clouds, and during 1907 and 1908 he often noticed cloud formations that returned in the same shapes and to the same places around Stockholm. In an attempt to understand what they could "mean," he photographed and made a lot of drawings of these cloud banks, and he also described the phenomenon in A Blue Book.

Goethe and Constable were early practitioners of an analytic, quasi-scientific study of clouds, and studying clouds was of enormous interest for many other 19th-century landscape painters. But Strindberg is not an open air painter. He reads the clouds less meteorologically than metaphorically. What they have to say about air pressure and weather changes interests him less than the fact that they sometimes look like mountains or a pile of boulders. It happens more than once in his paintings that the motif oscillates between images of clouds and images of the "Alps."

Earth and sky communicate with one another. "Everything is created in analogies, the inferior with the superior," writes Strindberg. And for Strindberg as draftsman and painter and experimental photographer, the true subject is primarily these "correspondences" that the pictures seem to reveal. Even clouds that he draws become in some sense a celestograph; a kind of "heavenly script," and yet another example of what he saw as nature's artistic striving for form: an inherent cipher, hard to understand but still hopeful, like a glimpse of a great other, "boundless" totality. 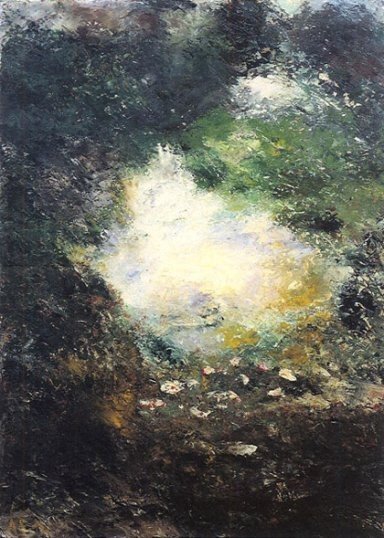 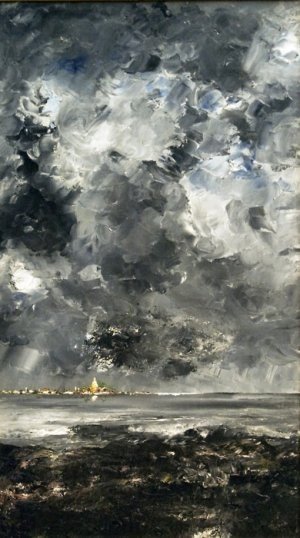