Few outside of Sweden know that the playwright August Strindberg had periods of intense engagement with painting and photography in the 1890s, when his literary creativity had reached a deadlock. In an essay from 1894 called "Chance in Artistic Creation," he describes the methods that he employs, speaking about his wish to "imitate […] nature's way of creating." .. His method is to start more or less at random, trusting nature's inherent desire for form (what he calls "matter's drive towards representation") to eventually make the picture develop out of the paint, almost by itself.

In his paintings there is always a "motif"—often stormy skies, agitated waves, perhaps a lonely rock by the sea. But these landscapes or seascapes are still half-embedded in the material, like a world in the process of being created. Boundaries and differences are fluid: Air might have the same density as stone, and the rock seems mysteriously fused with the water—as if they were all but different manifestations of the same matter. In fact, the tactile surface in Strindberg's paintings is at times emphasized so much that not only does it provide an image of nature, it also, in part, gives the impression of being nature. In the painting High Sea, for example, there are sections that Strindberg has blackened with a burner, but also patches of a brownish-gray, rough structure that seem to be not so much painted as oxidized, or in other ways created by some elementary process of nature. 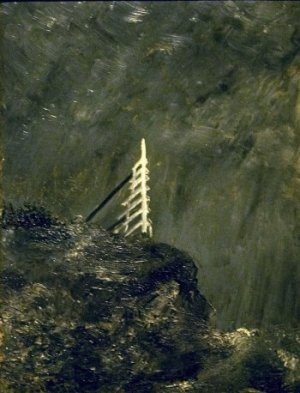 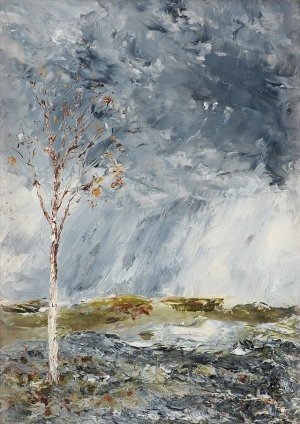 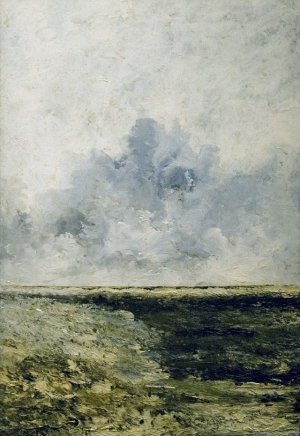