Stanley's God was mistily defined … and his Christ was a very personal concept,

I can imagine what Christ might love and I hope it would coincide with what to me is wonderful.

In common with the spiritual thinkers and metaphysical poets to whose writings he was so devoted from his student days, Stanley was convinced that not only were his two lives intrinsically, but could be understood as an integral reflection of one other.

When mirror-imaged thus, the experiences in his perceptual down-to-earth life would become the comprehensions of his conceptual up-in-heaven life. When accurately connected, they expressed the 'truths' he felt impelled to convey by means of his art.

“as above so below”

The quest for these 'truths' or infinitenesses as Stanley described them  - the 'messages' of his major paintings - took place in what he called his thought-world….. 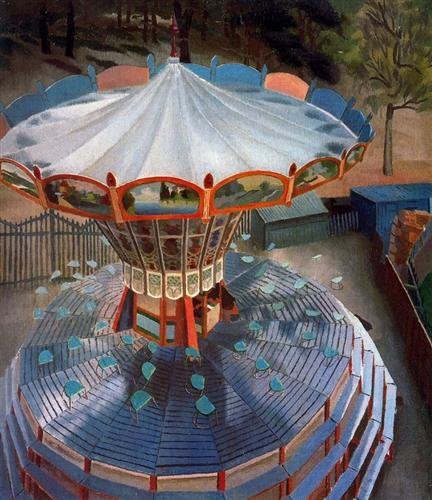