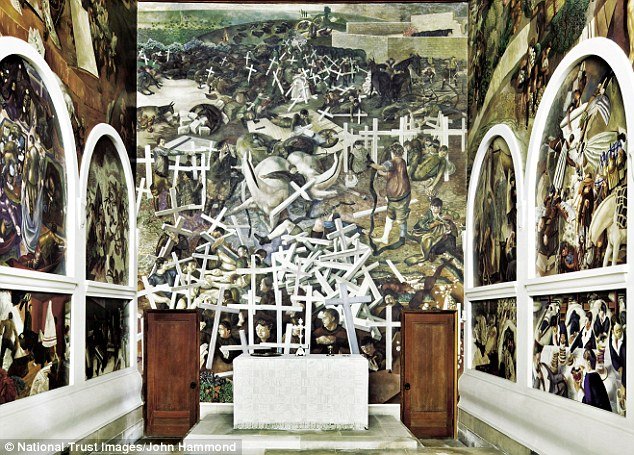 The Behrends were exceptionally generous patrons and not only paid for the Chapel to be built to Spencer's specifications but also paid the rent on the London studio where he completed The Resurrection, Cookham and built a house for him and Hilda to live in nearby while working at Burghclere, as Spencer would be painting the canvases in situ.

The chapel was designed to Spencer's specifications by the architect Lionel Pearson and was modelled on Giotto's Arena Chapel in Padua.

This artistic freedom and financial support resulted in a spectacular work of art and an unusual and extremely moving war memorial.

The sixteen paintings in the Chapel are double hung on opposite walls akin to the progression of altarpieces in a Renaissance church nave.

The series begins with a lunette depicting shell-shocked troops arriving at the gates of Beaufort, continues with a scene of kit inspection at the RAMC Training Depot in Hampshire which is followed by scenes of Macedonia. 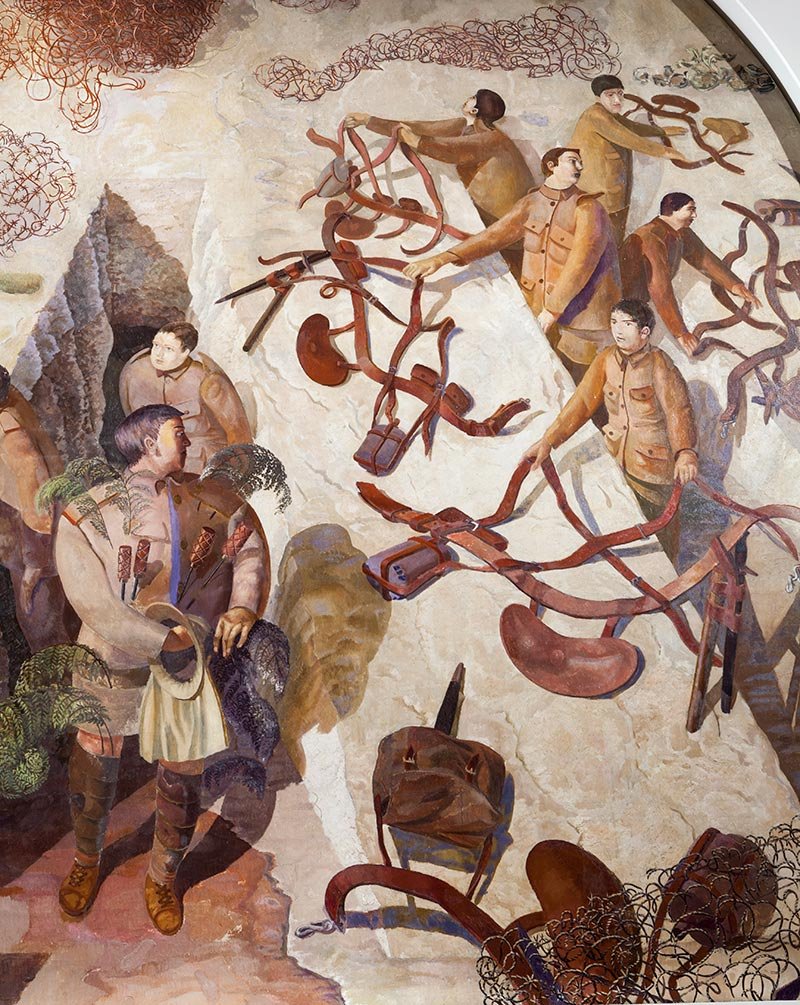 Spencer did not depict heroism and sacrifice, but rather in panels such as Scrubbing the Floor, Bedmaking, Filling Tea Urns and Sorting and Moving Kit Bags, the unremarkable everyday facts of daily life in camp or hospital and a sense of human companionship rarely found in civilian life as he remembered events from Beaufort, Macedonia and Tweseldown Camp.

Such is the absence of violence in the panels, The Dugout panel was based on Spencer's thought of "how marvellous it would be if one morning, when we came out of our dug-outs, we found that somehow everything was peace and the war was no more." The scene, Map Reading offers a contrast to the dark earth of the hospital and military camps in the other panels and shows a company of soldiers resting by a roadside paying little attention to the only officer depicted among the hundreds of figures Spencer painted for the Chapel. Bilberry bushes fill the background of the painting, making the scene appear green and Arcadian which seems to prefigure the paradise promised in the Resurrection of the Soldiers on the end, alter, wall.

Spencer imagined the Resurrection of the Soldiers taking place outside the walled village of Kalinova in Macedonia with soldiers rising out of their graves and handing in identical white crosses to a Christ figure towards the top of the wall. Working on the Memorial Chapel has been described as a six-year process of remembrance and exorcism for Spencer and he explained the emphasis on the colossal resurrection scene, "I had buried so many people and saw so many bodies that I felt death could not be the end of everything." 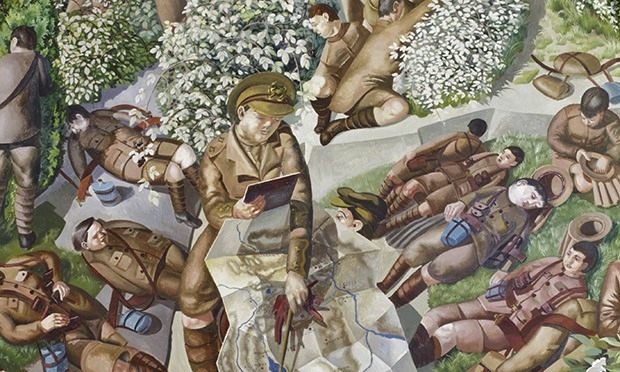