At the start of World War One Spencer was keen to enlist but his mother persuaded him, given his poor physique, to apply for ambulance duties.

In 1915 Spencer volunteered to serve with the Royal Army Medical Corps and worked as an orderly at the Beaufort War Hospital, Bristol, a large Victorian gothic building that had been a lunatic asylum. After thirteen months at Beaufort, the RAMC transferred Spencer to overseas duties.

Well, when I first enlisted I began to feel I was dying of starvation, spiritual starvation, and this feeling intensified my desire for spiritual life, and then suddenly I began to see and catch hold of little particles of this life in the scrubbing of a floor or the making of a bed; and so everything I did meant a spiritual revelation to me. Everything at the hospital became a key to my conception of spiritual life, and so it came about at last that tea urns, bathrooms, beds etc all became symbols of my spiritual thoughts, things sacred to me by association.

Convoy arriving with the wounded 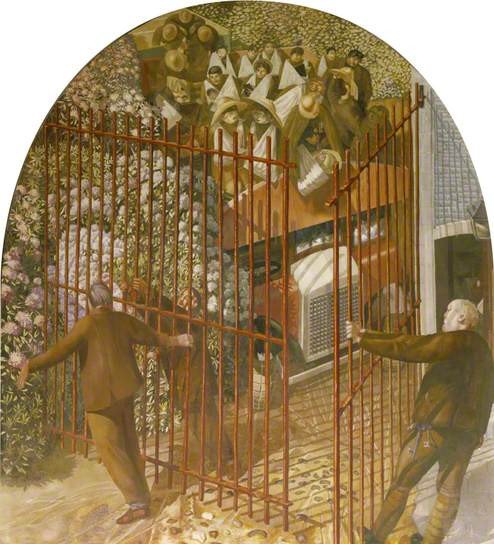 Tea in the hospital ward 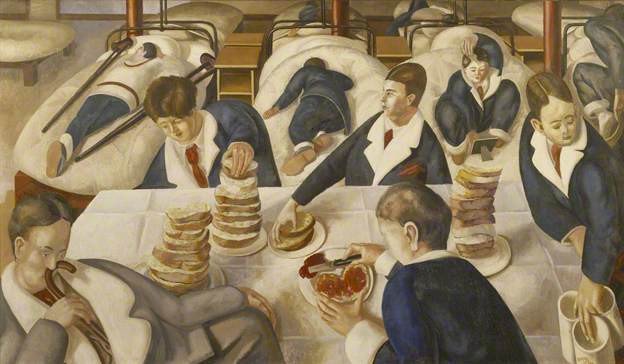