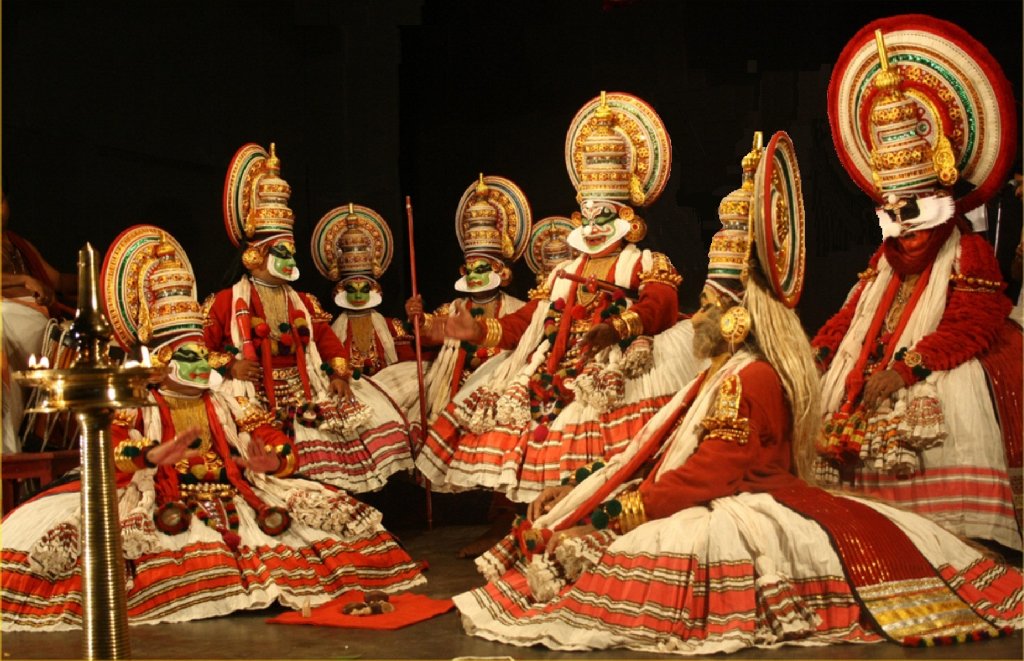 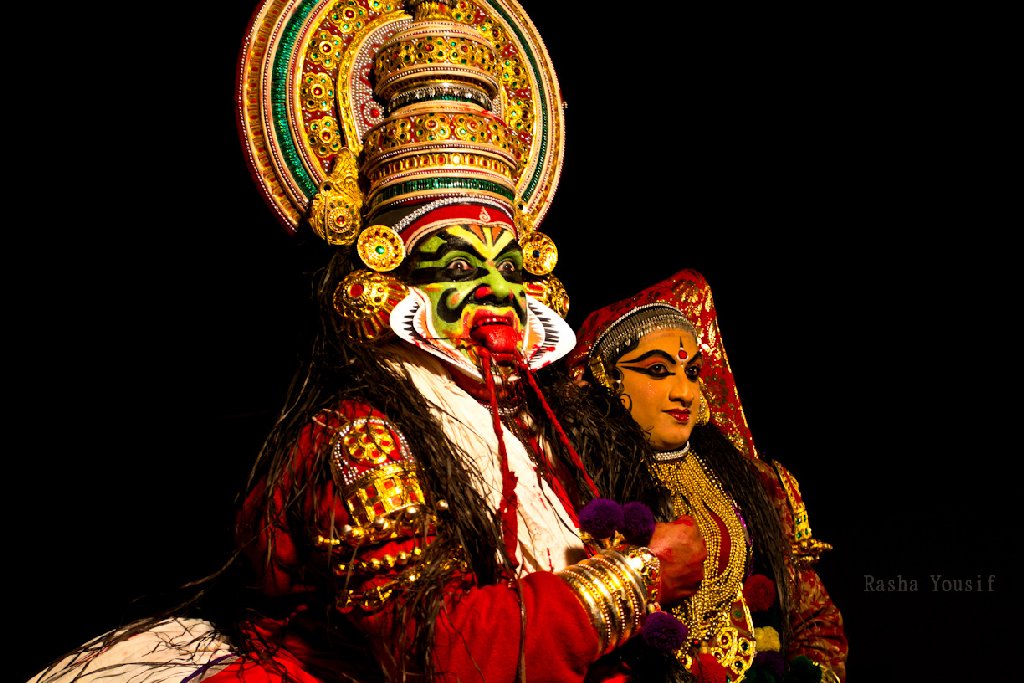 Male theatrical dancing is today mainly represented by the Kathikali, Chhau, and Kuchapuri and the teaching of it is attributed to Shiva.

The language of. gesture is almost identical to that of the Bharata Natyam. The numerous actor-dancers perform plays whose subjects are always connected with mythology and the legends of gods and heroes. The very thick make-up or masks worn by the actors transform them into mysterious characters.

The theatre is connected with magic and the actor, like the poet, is divinely inspired. When he acts the role of a god or hero, he becomes the very character himself. He is a sort of medium, and what he expresses may well go beyond his own understanding.

In the Kathakali, the actor, once made-up, is no longer himself. He is addressed, not as himself, but as the character he impersonates and is venerated as such. This constitutes a sort of priesthood, which inevitably affects the actor.

The same happens in the Japanese No theatre. 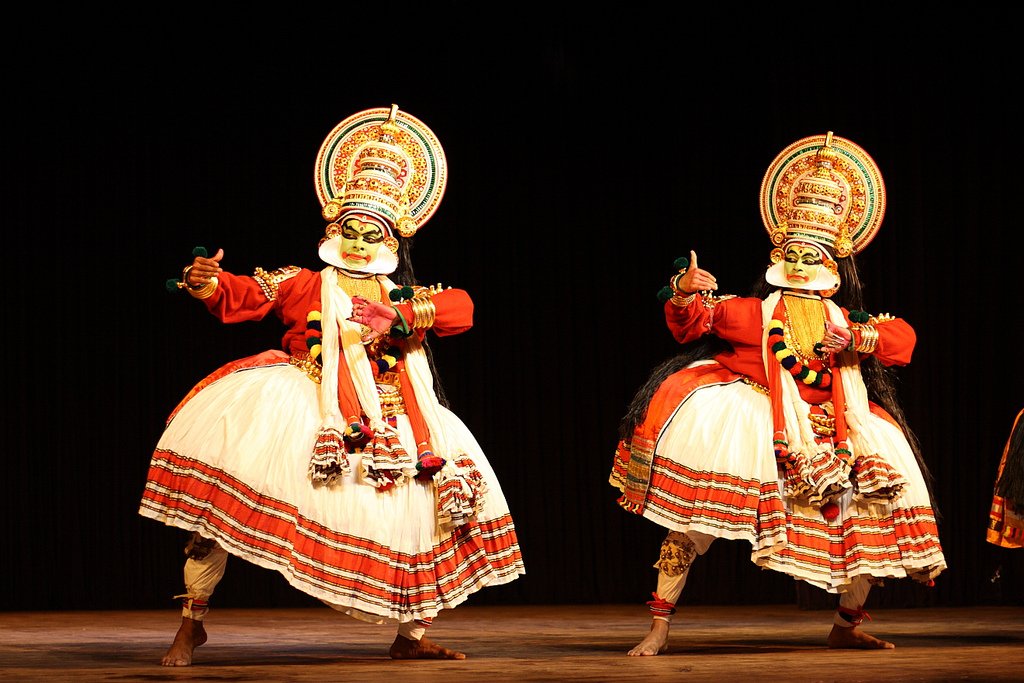 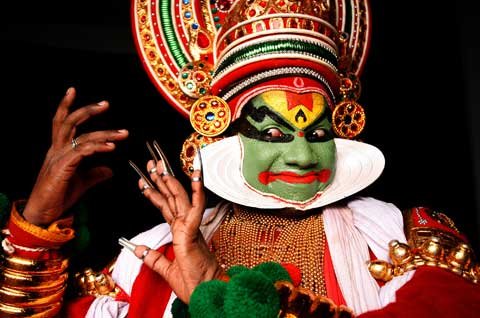