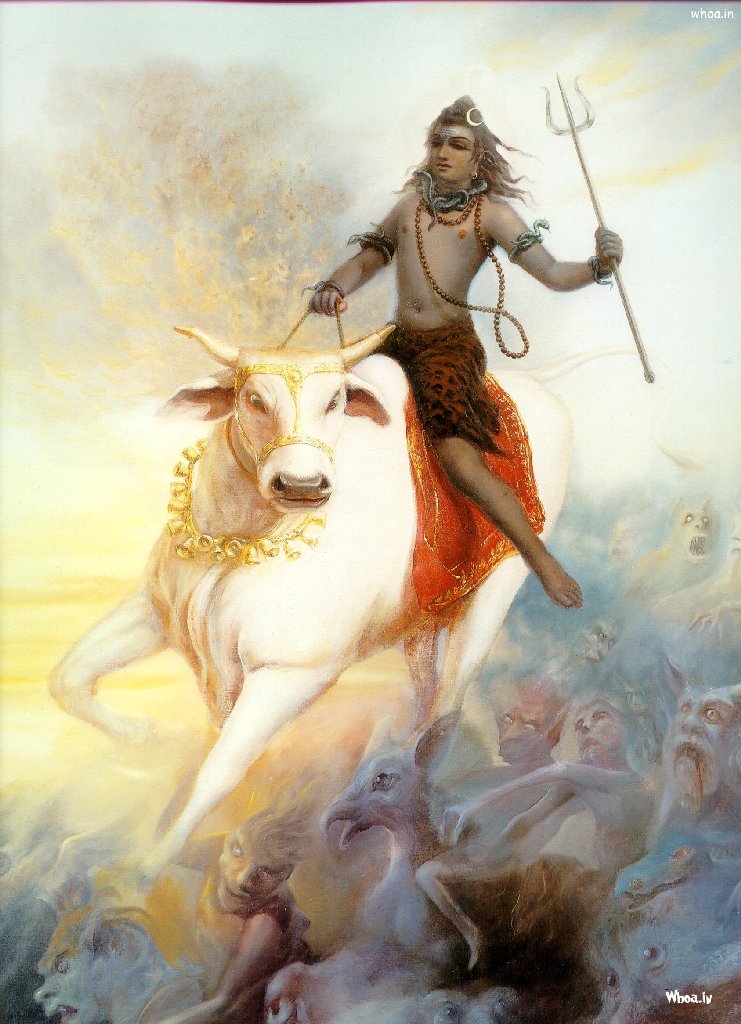 The bull is the vehicle of Shiva. The bull is Shiva, and in the animal kingdom, is the manifestation of the principle represented by Shiva-Dionysus. Apis, the bull, is identified with Osiris. The bull is the sacred animal of the Minoan era, the ancient Cretan god worshipped since the dawn of civilization.

Son of the Earth, the expression of the welcoming, receptive and passive chthonian powers and, at the same time, the symbol of the seed-producing active principle, the bull was the sacred animal in all cattle-rearing civilizations.