Seven Ages of Man - 03 The Giants/Penghu Man - The Poetic Edda, Virgil and LSD

Penghu 1 is a fossil jaw (mandible) belonging to an extinct hominin species of the genus Homo from Taiwan that is late Pleistocene in age.  The fossil was recovered sometime before 2008 by fishermen working in the Penghu Channel – between the Penghu Islands and mainland Taiwan – and described in 2015 by an international team of Japanese, Taiwanese, and Australian scientists. Penghu 1 is estimated to be between 10,000 and 190,000 years old.

The fossil consists of a nearly complete right lower jaw with four teeth, including molars and premolars. The specimen was assigned to the genus Homo based on jaw and tooth proportions, described as most similar to Hexian fossils of Homo erectus, but the species identity or taxonomic relationships lack consensus due to limited material.

Penghu 1 is housed at the National Museum of Natural Science in Taichung, Taiwan 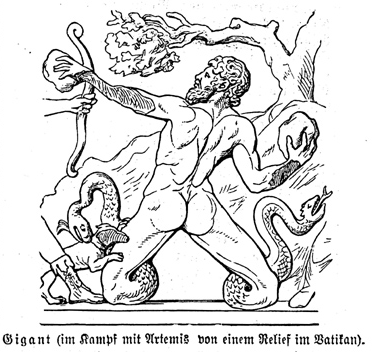 The picture shows the mythological Battle of the giants
where giant battled against giant, a belief largely
created from the belief that huge  subterranean forces
such as lava flows, earthquakes volcanic eruptions
in general or similar below earth activity, helped to
shape the earth

Giants in general can have an enormous number of alternative symbolic and literal meanings. Some giants are spiritual guardians, some are symbolic of the force of nature, but some appear to have been real - an ancestor.

Some giants are simply representations of enormous forces in nature.  In other words, they are the personification of very powerful software - like the weather [hurricanes, tornados, whirlwinds, hail storms etc] or the software of large whirlpools or the great tidal flows or forces like volcanic activity and so on - large basic earth force software.

But in Greek myth, the gods supporting  Zeus had a real battle with the giants before they could colonise the earth.  In both Norse and Greek myth these peoples are now said to be ‘underground’.

from Sayings of the High One

I visited the old giant, now I've come back
I didn't get much there from being silent;
with many words I spoke to my advantage
in Suttung's hall

Gunnlod gave me from her golden throne
a drink of the precious mead;
a poor reward I let her have in return,
for her open heartedness
for her heavy spirit.

The Varieties of Psychedelic Experience – Dr Robert Masters and Dr Jean Houston
… S described himself as engaged in an awesome gigantomachia with other beings of his own size.  In this war of giants, he was 'very ancient' and belonged to 'a breed of giants that walked the earth long ago'.  While experiencing his vision he stood with eyes closed and arms folded, face serene and voice calm.  The giants, he said, wore cavemen like garments fashioned with the skin of animals, possibly mastodons; and they fought with huge gnarled clubs and with their hands in a strange style of wrestling.  Once S picked up another giant and hurled him over the edge of a precipice.  S expressed uncertainty as to 'whether my people are fighting amongst themselves, or we have been attacked by a hostile clan'.  He thought that the scene of the conflict was probably Ireland or Scotland, though it might have been to the south of the British Isles, or possibly some place in Europe.  He could not fix the incident in time explaining 'we had no calendar and thought only in terms of night and day, the waxing and the waning of the moon, the changes in vegetation and the seasons'.

Notes: Note that there may be another explanation for this.  The man has no ego problem, in fact he regards himself as a giant in his field, but he feels he is up against other giants in the same field with whom he is having to compete.  Given the context of the vision, it is possible that his ‘field’ is actually quite primitive and refers to basic and natural instincts – such as competing for food or the opposite sex.

The Cyclops was a giant with the third eye opened:

But, fearful for themselves, my countrymen
Left me forsaken in the Cyclops' den.
The cave, tho' large, was dark; the dismal floor
Was pav'd with mangled limbs and putrid gore.
Our monstrous host, of more than human size,
Erects his head, and stares within the skies;
Bellowing his voice, and horrid is his hue.
Ye gods, remove this plague from mortal view!
The joints of slaughter'd wretches are his food;
And for his wine he quaffs the streaming blood.
These eyes beheld, when with his spacious hand
He seiz'd two captives of our Grecian band;
Stretch'd on his back, he dash'd against the stones
Their broken bodies, and their crackling bones:
With spouting blood the purple pavement swims,
While the dire glutton grinds the trembling limbs.
"'Not unreveng'd Ulysses bore their fate,
Nor thoughtless of his own unhappy state;
For, gorg'd with flesh, and drunk with human wine
While fast asleep the giant lay supine,
Snoring aloud, and belching from his maw
His indigested foam, and morsels raw;
We pray; we cast the lots, and then surround
The monstrous body, stretch'd along the ground:
Each, as he could approach him, lends a hand
To bore his eyeball with a flaming brand.
Beneath his frowning forehead lay his eye;
For only one did the vast frame supply-
But that a globe so large, his front it fill'd,
Like the sun's disk or like a Grecian shield. 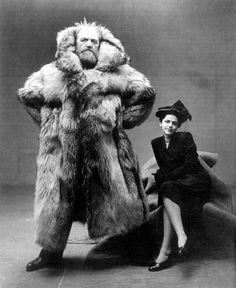 Cyclops and the third eye
Giants