From Pointillism and Impressionism: Georges Seurat by Andrea Campbell

Georges Seurat’s “Un dimanche après-midi à l’Ile de la Grande Jatte" took two years to complete and didn’t show for many years until his fellow artists formed Société des Artistes Indépendants and had an exhibition in 1884. There are 48 figures, three dogs and a monkey dressed in Sunday best in Seurat’s famous painting, “A Sunday on La Grande Jatte, 1884." Even though the characters are posed (a woman is fishing, a girl is picking flowers, there is a crew rowing on the water, two military men march and a fashionable couple walks their monkey), there is life in the work.

It took over 60 studies, returning to the canvas again and again, two years of adding thousands and thousands of dots of color to create this masterpiece. It entranced and wowed viewers when it was shown in 1886 at the eighth and final Impression exhibition in Paris.

A canicular sky, at four o'clock, summer, boats flowing by to the side, a group of chance Sunday visitors enjoying the fresh air among the trees; and these forty-odd persons in the painting 'La Grande Jatte' are fixed in a hieratic and simplified composition, they are rigorously drawn, of some we see the backs, some we see full-face, some in profile, some are seated at right angles, some are stretched out horizontally, some are standing up straight. The atmosphere is transparent and singularly vibrant; the surface seems to fluctuate, vibrate.

Confronting his subject, Seurat, before touching his little panel with paint, scrutinizes, compares, looks with half shut eyes at the play of light and shadow, observes contrasts, isolates reflections, plays for a long time with the cover of the box which serves as his palette; then, fighting against matter as against nature, he slices from his little heap of colours arranged in the order of the spectrum the various coloured elements which form the tint destined best to convey the mystery he has glimpsed. Execution follows on observation, stroke by stroke the panel is covered.. 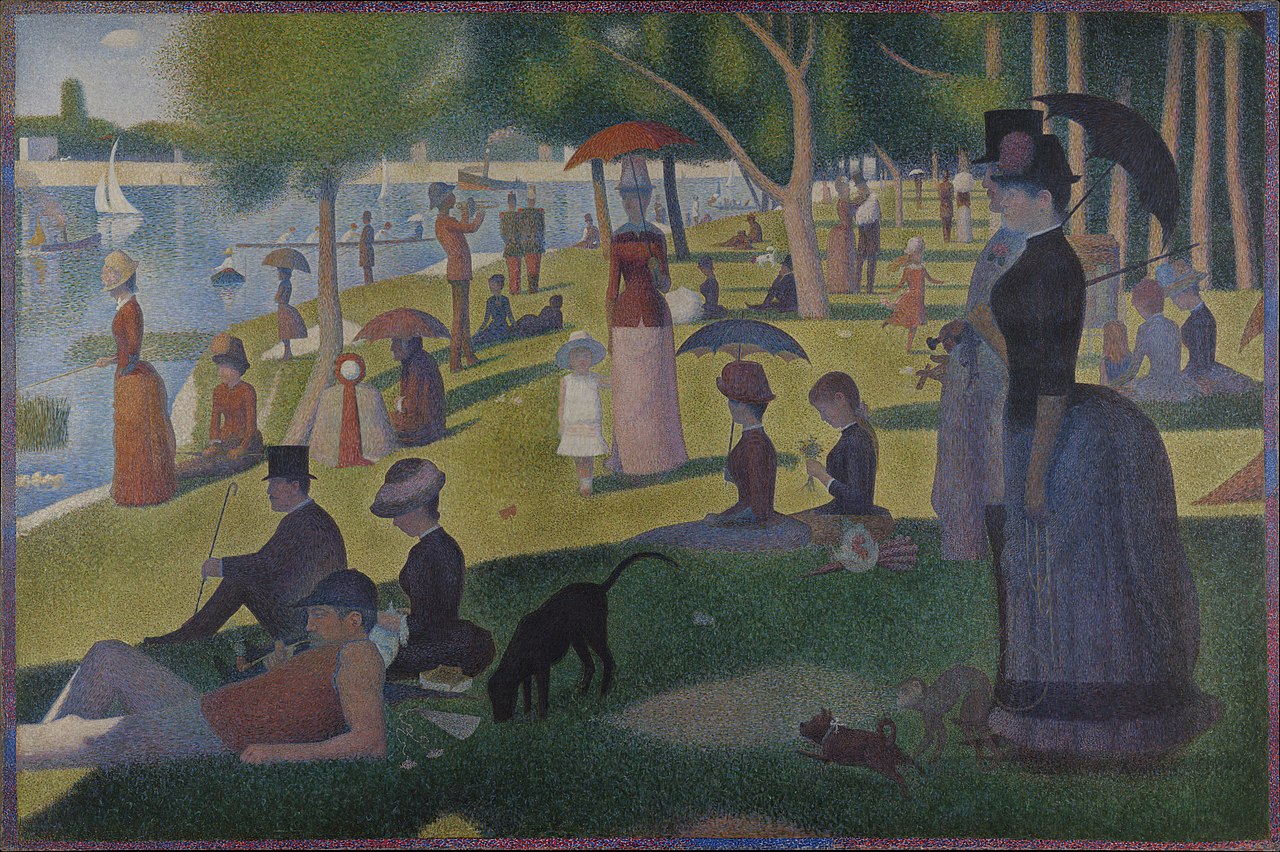