Seurat... had been for several years... a pupil of Ingres' disciple Lehmann, who had infused him with a pious devotion to his master. Yet... Seurat had also carefully analyzed the paintings of Delacroix, had read with avidity the... Goncourt brothers and had studied scientific treatises on colour harmonies by Chevreul... This had led him to conceive the idea of reconciling art and science, an idea inseparable from the general trend of the time to replace intuition by knowledge and... research... Seurat limited his palette to Chevreul's circle of four fundamental colours and their intermediate tones: blue, blue-violet, violet, violet-red, red, red-orange, orange, orange-yellow, yellow, yellow-green, green, green-blue and blue again. These he mixed with white, but to assure... luminosity, color and harmony, he did not mix the colors among themselves. Instead, he chose to employ tiny dots of pure color, set next to each other, and to permit the mixture to be accomplished optically... in the eye of the onlooker, placed at a proper distance. 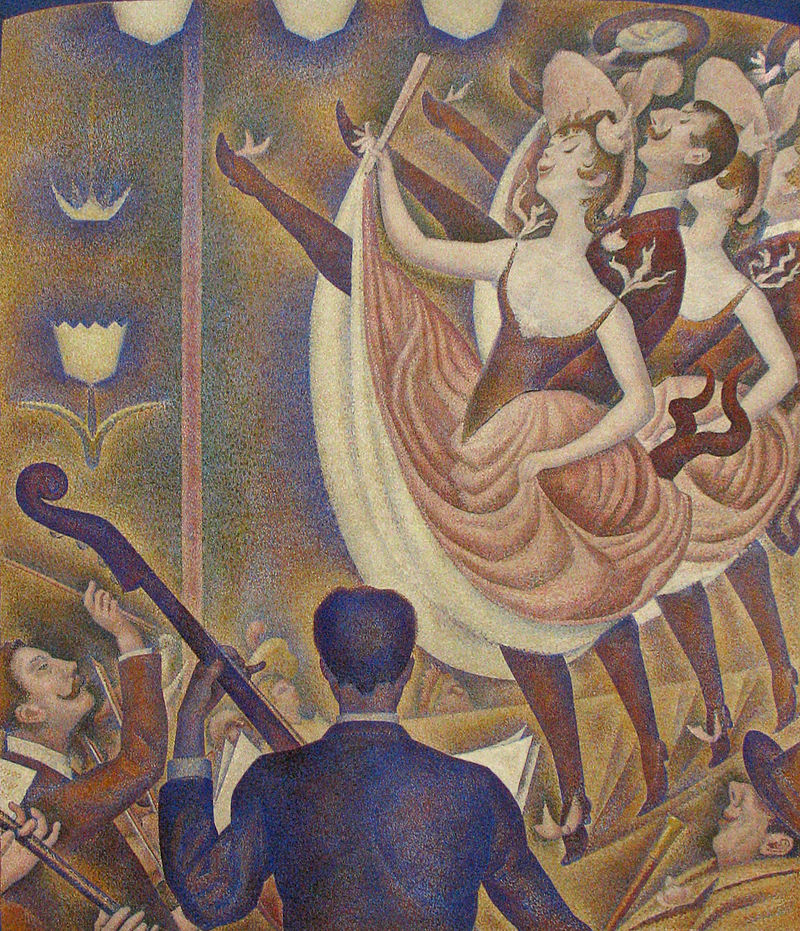